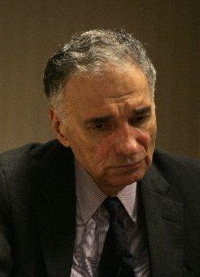 Ralph Nader has charted a utopian fictional flight out of the dystopia he sees all around him on the ground. In conversation I’m trying to figure whether Ralph has written a happy ending to his career, or a scream of despair.

Citizen Nader is feeling isolated and stymied these days in the Age of Obama. It’s been 50 years now of his reform drive for home virtues and people power, and there have been many victories along the way for safer cars and cleaner air and water. Leaving aside the fact that his third-party presidential campaigns have left him a pariah in the Democratic Party (and the Obama White House), the healthcare fight and others tell him that money power rules Congress as never before.

So in a sort of novel, “Only the Super-Rich can Save Us,” Nader has fantasized that the money is in his pocket. It’s a sort of dream that Ralph’s lifelong agenda has been bought out by Warren Buffett, Yoko Ono, Ted Turner, Bill Cosby, Ross Perot and a dozen other patriotic billionaires. With their money, his whole program has been enacted. Ralph speaks (a little disconcertingly, perhaps) as if it’s actually happened. But if it had, would we call it good news or bad? Democracy, or Bloombergism — built like so much else in our world on the charisma of money?

RN: The problem is the nature of power, and the corporate entity controlling government, which Franklin Roosevelt, in 1938, called fascism… The global corporate model is all powerful, has no competition in terms of a model… They have nationalized the savings of the American people. They are too big to fail, so that they are bailed out, as Wall Street is bailed out. They have monetized elections, nullifying effectively people’s votes. They select the politicians, put them in office, and when they retire they hire them and give them a half a million dollars or more a year as lobbyists. It is the most clever, dynamic, creative system of controlling power in the history of the world. And they give people entertainment, and they allow people to confuse personal freedom with civic freedom. So you’ve got a lot of people in this country who say, “what do you mean we don’t live in a free country?” That’s right, you have personal freedom, you can eat what you want, buy whatever clothes you want, date who you want, divorce who you want, choose the friends you want, pick the music you want, get the bicycle you want, get into a five-thousand pound vehicle and go three blocks and buy chiclets if you want. That is personal freedom. It’s not civic freedom. Civic freedom is what’s been shredded. As Cicero said “freedom is participation in power.” What kind of freedom do we have by that standard?

… Right now we have a dystopia on the ground. It’s called the liberal progressive intelligentsia and their flock. They think if they keep writing more books (the way Bill Greider and Bob Kuttner and Jim Hightower and Ralph Nader and others keep writing, exposing, proposing, diagnosing, denouncing and suggesting) that something is going to happen. We have hit a stone wall — one reason I ran for President three times. Congress has shut down. Washington is corporate-occupied territory. That’s the dystopia on the ground… Between that real life dystopia of the progressive liberal intelligentsia and their world, and their least-worst voting for the Democrats over the Republicans and never pulling the Democrats in their direction — between that and my practical utopia I’ll take my proposal as more realistic.

CL: That’s a very serious question you’re talking about. And we all know it intuitively around health care. We all know that what Congress is doing has almost nothing to do with what people want, or even what the wonks say are the best provisions of the best policy. it’s about what the healthcare industry will let us have.

RN: That’s been documented in books from A to Z. Here’s where this book kicks in. Let’s say ten elderly super-billionaries get together and they say look, enough is enough. 45,000 Americans are dying every year because they can’t afford health insurance. Trillions of dollars lost, claims denied, anxiety, grieving, it’s an incredible mess, a pay or die system in the richest country in the world. Suppose these guys get together at the Four Seasons. They’re on their third martini. They say, “you know, I met a couple of great organizers… and they said if they had a billion dollars they could organize every congressional district and move the thirty-percent of congress who’s already privately for single-payer health insurance to a majority. Obama will sign it because he’s for single-payer, but wasn’t willing to take on the drug and health-insurance companies. That’ll happen in eighteen months.”

You wanna argue that with me? A billion dollars organizing the congressional districts the way Donald Ross and others know how to do it. Eighteen months, we’d have single-payer. Eighteen months. No one will die in America because they can’t afford health insurance. Just like no one dies in England, Germany, France, Sweden or Canada because they’re insured from day one when they’re born. That’s what I mean about money. You’ve got people all over the country — the majority support single payer; a majority of doctors support it; even larger majority of nurses support it. And it’s going nowhere because there isn’t one full-time lobbyist on Capitol Hill for single payer, and there are 2000 corporate lobbyists for the drug companies and the Aetnas and the hospital chains. When are we going to face up to the money issue? Money is not enough. You have to have smarts, strategy, determination, humanity, time, diligence — but you can have all those, and if you do not have money it goes nowhere.

Click to Listen to the Show (24 MB MP3) [Thanks to Luigino Valentin for suggesting this show] On Janury 22, 1968, a young Ralph Nader, clad in a suit of armor, starred... 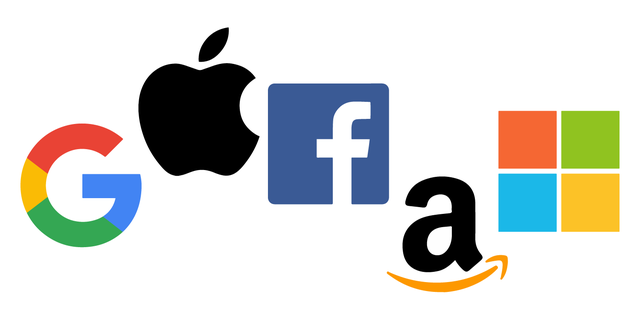 You can’t help noticing the badge of success in American business has changed. Robber barons a century ago built monopolies, then palaces. In our second gilded age today, winners at...