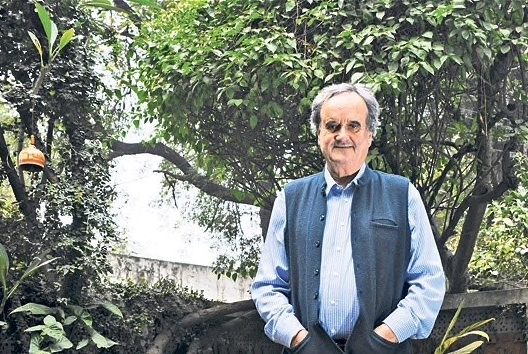 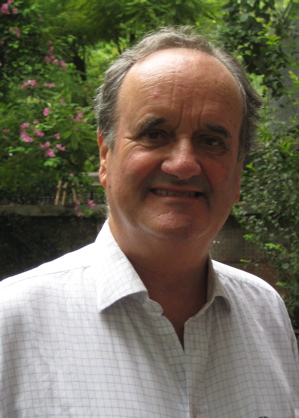 NEW DELHI — Mark Tully is something like the Edward R. Murrow of India. He has been the beloved voice of the BBC in New Delhi since 1964 — knighted by Queen Elizabeth in 1991 even after he quit the Beeb in a row with management; and endlessly decorated by Indians for coverage that always sounds incisive, fair and curious. “Try and talk with Mark Tully if you can,” everybody told me, about an institution like none other in India.

Mark Tully didn’t “go native.” He is native, born in Calcutta in 1934 into an English commercial family. Anecdotally at least, he’s a link to the last days of the British Raj — when, as he says, an Englishman in India knew it was time to wake up and get busy when he chanced to feel his chin and realized he’d been shaved. Tully went to school and university in England, then returned to India for the chance to talk on the radio.

At home in the shadow of Humayun’s Tomb, he is speaking about changes he’s lived through: the enlistment of lower castes as voters; the rise and decline of Hindu nationalism; the rising power of a rich business class and the declining competence of a “flailing state”; the American-style “malling” of India, against the grain of a broad Indian distrust of American culture as “consumerist” and “vulgar.” Of the official relations with the US that warmed toward partnership in the George W. Bush years, Tully says “America expects more than India is going to be able to give unless it’s a relationship of equals.” Of the “new India,” Mark Tully’s sense is still of a vast nation moving steadily and slowly in many of the right directions, “a dangerous country to try and move forward too fast.”

One of the big changes I see is that there is a great deal more self-confidence in India now than there used to be. When I first came here, India was said to be living “from ship to mouth,” because it was so dependent on American food aid. They were very touchy about any suggestion of foreign interference or anything like that. They were very uncertain of themselves. There was a whole lot of questioning about the stability of India after Nehru. Now, India is almost over-confident. It is so self-confident that in my view it is actually failing to look at the problems that it faces.

India really does believe that it is going to be one of the great economic superpowers of this century… What is wrong with this talk is that it is based on one figure only, which is GDP growth. Now, GDP growth does not tell you who is growing. It just tells you that the nation as a whole is growing, and even then we all know it’s not a very accurate figure of that. The problem in this country is a very obvious one, which is still not being properly tackled. And that is that the economic growth is not getting down to the poorer people.

Now, India is facing the problem or the advantage of having a very young population coming up. And we know that the young population can be a huge advantage in terms of their inventiveness, their willingness to take risks, their entrepreneurial skills, and all the rest of it that young people have. But at the same time, young people who are dissatisfied, young people who are not getting what they feel they should get — not getting jobs, not getting good education, not having opportunities, being under financial strain, being poor — those sort of people are tinderwood. They are the sort of people an explosion can be fired by. And that is the real danger in this country…

In some ways, the whole caste system and the belief in karma, the belief that the way you are now is partly fated by what you did in your last life… these things actually do matter, they do count. But these pressures are now weakening. Caste doesn’t have the same impact as it used to have before. More and more people are no longer prepared to accept this poverty. In the old days, the poor were scattered in villages all around the country. Now, more and more of them are coming in to the big cities, and more and more of them are living in slums, where explosions of violence and rioting can easily take place. And they do take place.