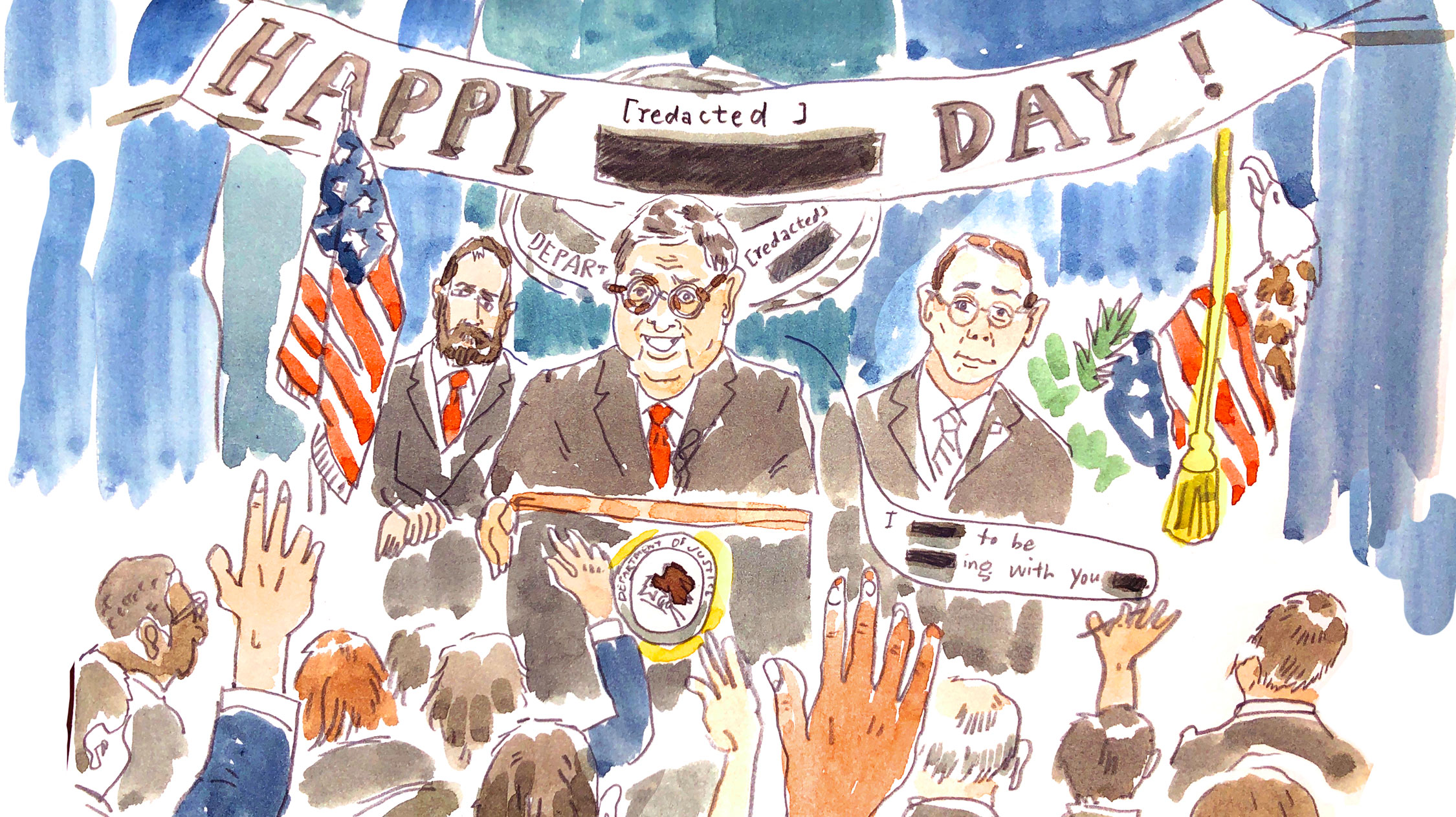 A conversation about collusion, obstruction of justice, and the full Mueller Report with Seth Berman, Andy Bacevich, and David Bromwich.

A second chance for Mueller Report to pin a Russian tale on Donald Trump’s election has not changed the score. “Game over,” said Mr. Trump, still president and not about to be indicted for whatever help he got from Russia, or for trying to deep-six the official investigation – largely because the ‘yes’ men on his staff said ‘no’ to his orders to fire the special prosecutor. Call it Trump luck or Democratic fantasy that un-did the Russiagate trap. 2020 reelection politics starts here, and Donald Trump has a stronger narrative than before: he’ll be the guy now who was spied on back in Obama time, and set up for a deep-state coup after election by rogue FBI and CIA, not to mention the failing New York Times, and he beat them.

The hard news of the long-form Mueller Reports seems to be the abundant testimony that Donald Trump ardently and persistently wanted and tried to kill the Russiagate investigation and fire its special prosecutor, but that his henchmen refused to execute the orders that would have turned his wishes into crimes. There would be no “Saturday Night Massacre” this time, said his disobedient White House counsel Don McGahn, referencing the cover-up that killed Richard Nixon’s presidency. And there would be no act of obstruction in the Trump case, so no indictment for it. 448 pages seem to have changed nothing: we have a runaway regime under a triumphant rogue who has slipped the noose yet again. And we still don’t quite know how this “very stable genius,” in his phrase, gets away with it. Or anybody else who could do what he’s doing. The soldier / scholar Andrew Bacevich is here to argue as Pogo did: we have met the enemy and he is us. David Bromwich, the Sterling Professor of English at Yale, is with us to parse language of combat and commentary. But we begin with the lawyer’s lawyer, Seth Berman, with the Boston firm of Nutter McClennen & Fish, sometime Federal prosecutor with the famous Robert Morgenthau in New York, and in the U.S. Attorney’s office in Boston, too.

What went wrong in the Mueller crusade?