The dances are very sensual. You’ll see at Carnival and in the streets … the way they dance, especially the women … the way they move around in almost magical ways- it’s amazing. 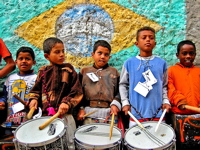 They’re young, but they could school you [carf / Flickr]

In the words of Phil Connor, it’s carnival time… again. And while New Orleans is selectively sprucing up for Mardi Gras, nobody does it like Brazil.

There are the feathered costumes, undulating dances, and weeks-long parties in this farewell to meat, but underneath it all, above it all, around it all, is the music: Carnaval samba. And at a time when popular live music is evaporating all over the world — Jamaica with its sound systems, selectors, and DJs, America with our rappers and producers — Brazil is as live as ever.

So we’re pulling apart the rhythms live in studio tonight, listening for European polka and African lundum, tracing their percussive roots and local variations. O.S. samba school is in session.

Chaos here. (This is Brendan writing.) We’re trying to cram two musicians, two guests and Chris into a studio, along with Robin the engineer madly running mic cables, David with a clipboard trying to keep the world from exploding and me, generally in Robin’s way, trying to take pictures. 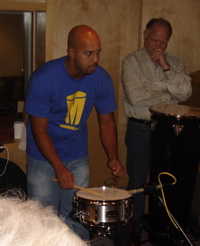 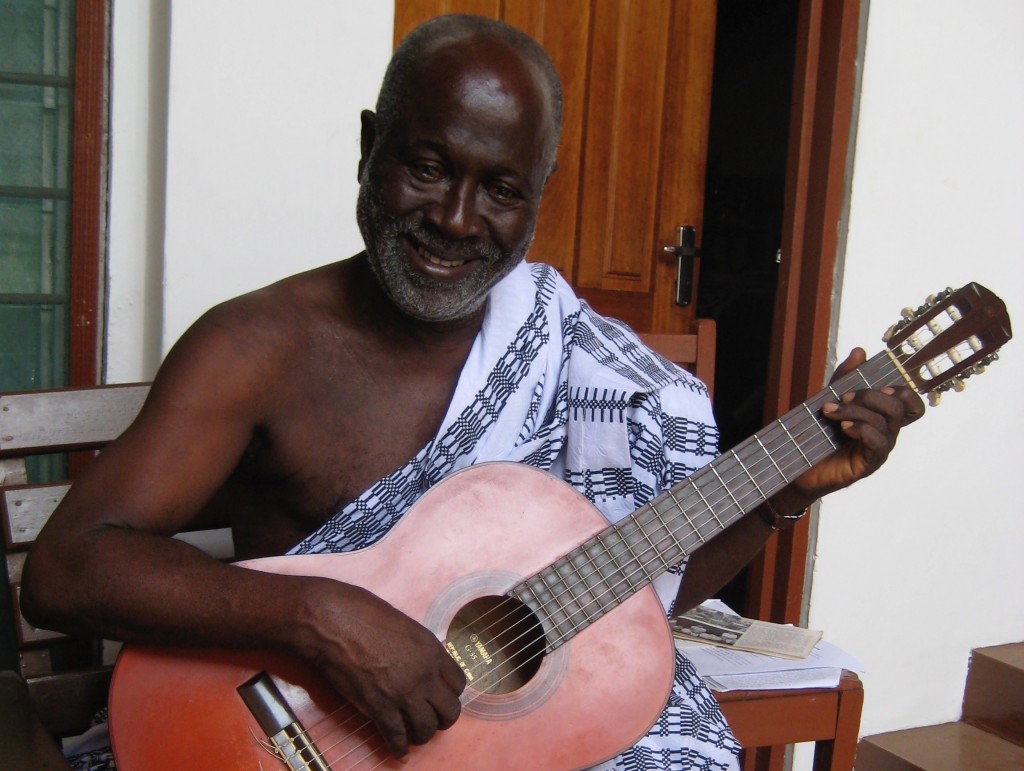