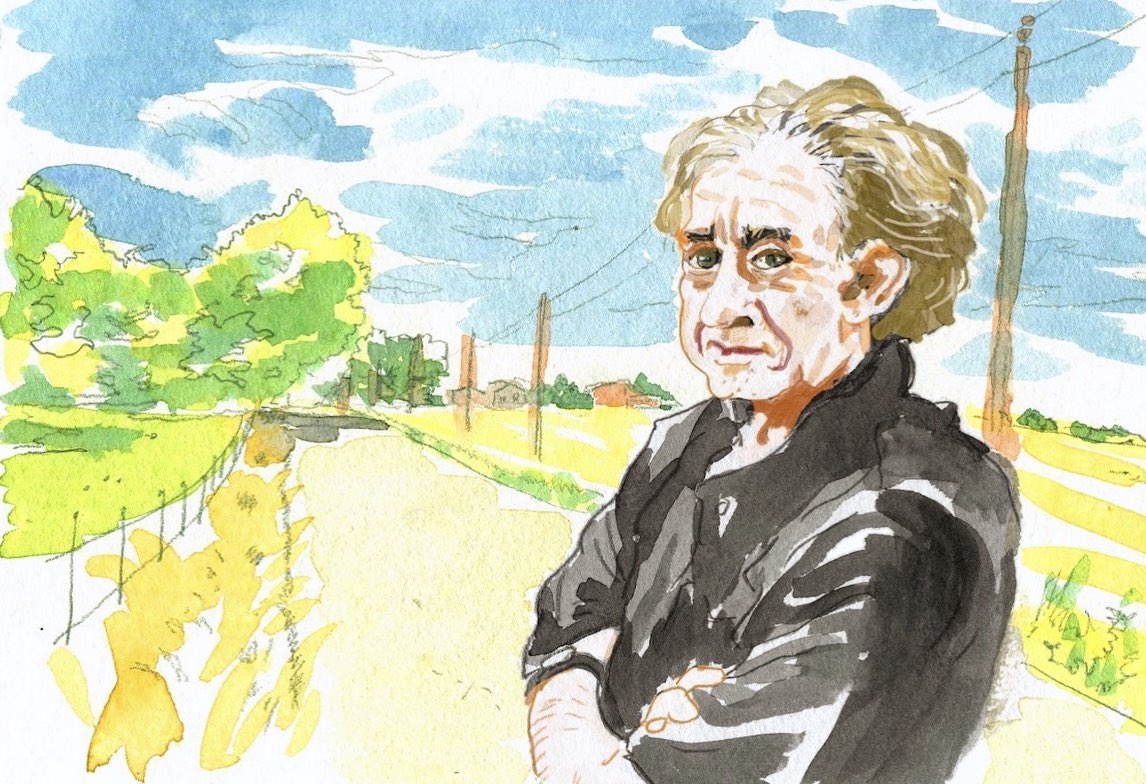 A conversation with Frederick Wiseman on his new film, Monrovia, Indiana, and a lifetime of observing.

We’re way back home in Monrovia, Indiana, in Frederick Wiseman’s deep cinematic dive into Red State America. This is corn-and-hog, silo-and-barn country, big-time basketball and Bible country. The lady in the tattoo parlor inscribing a big guy’s arm is drawing on Psalm 23: “Yea, though I walk through the valley of the shadow of death, I will fear no evil.” The direct-cinema legend Frederick Wiseman, in his 44th feature film, doesn’t beat you over the head with corn-fed details, the tractor auction, the weight-watchers’ workout class. He just invites your eye and your heart into an old American place–friendly enough, though farm soil and town life feel depleted, by-passed, a tad funereal. Monrovia, Indiana is the spot where the great filmmaker of American places, Frederick Wiseman, took his blood sample of heartland Trump country. Monrovia speaks for the corn-farming, flat-land that American dreamers used to flock out of, after high school, to basketball stadiums and boomtowns East and West. Monrovia today is the old hometown we don’t much ‘get’ anymore—Mike Pence country that went 3 to 1 for the Trump ticket in 2016; an aging, shrinking piece of the mental map, having a turn at speaking for the country, to the world. Enter the film-maker Frederick Wiseman, unmatched as a watcher of American places over fifty years now.

Frederick Wiseman: The Filmmaker Who Shows Us Ourselves
A. O. Scott and Manohla Dargis