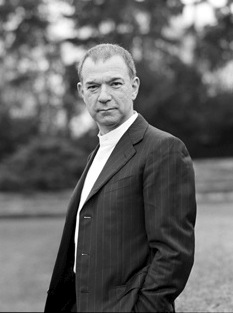 On our pitch-a-show thread this week Dora remembered our Thucydides show and what it made her think of: Shakespeare.

For months, I’ve been thinking about an exchange that occurred on your Thucydides show. Susan Cheever kind of bowed out of the conversation saying something to the effect of “literature is more important than politics.” She’s a wonderful writer, but I’ve just been completely baffled by this comment. I remember thinking at the time that Shakespeare seemed to believe that politics –- i.e. the struggles and dilemmas of those who wield power — were the very essence of literature.

She pointed us to an article in The New York Review of Books by Stephen Greenblatt, Shakespeare and the Uses of Power.

It begins with Bill Clinton as literary critic, and then goes on to discuss Shakepeare’s depictions of people who for reasons of fate and family are destined to hold power (G.W. Bush? Hillary?); his attraction to characters who attempt to walk away from power (Al Gore?); as well as his distrust of democracy (‘when he tried to imagine electioneering, voting, and representation,’ Greenblatt says, ‘he conjured up situations in which the people, manipulated by wealthy and fathomlessly cynical politicians, were repeatedly induced to act against their own interests.’)

So we’ve got Stephen Greenblatt in the studio tonight. David and I waded into his fourteen-page argument yesterday; it can be best boiled down to a single quote:

Stephen Greenblatt, Shakespeare and the Uses of Power, The New York Review of Books, April 12, 2007

Greenblatt reaches deep into the catalog: King Lear, The Tempest, Richard III, Macbeth, Hamlet, Coriolanus, Henry V and Julius Ceasar. We’ll try to do the same tonight, stopping to get filled in on what we’ve forgotten since college. What does Shakespeare tell us about power? Can he shed any light on democracy, or just kings deposing each other? What does power do to his characters? What can we read in Shakespeare about this century’s Presidents? Can you have both a will to power and an “ethically adequate object”?

Professor of the Humanities, Harvard UniversityAuthor, Will in the World and Learning to Curse

Extra Credit Reading
David A. Bell, THe Character Issue, Open University, March 26, 2007: “So in the upcoming campaign, please, let’s not equate ‘character’ with being a boy or girl scout, still less with being ‘meek.’ As Greenblatt reminds us, the character Shakespeare most memorable defined as “meek” was Duncan, in Macbeth. And we all know what happened to him.”Guy Zimmerman, Against the New Model Army, Placebo ART, March 25, 2007: “I think in Shakespeare there’s a recogition that the vertical hierarchy of monarchy was about to be toppled by fanatics of the Self, but what would have surprised Shakespeare is how this process managed to conceal itself within the language of religion and Christianity.”

Alicia Colon, Shakespeare and Politics, The New York Sun, August 25, 2006: “I was under the impression that the Shakespeare plays were a good thing. Then I realized that my tax dollars were paying not only for something I’d never enjoy, but for productions that were less about Shakespeare than about politics.”

Ezra Klein, McCain’s Fall, Tomorrow’s Media Conspiracy Today, March 8, 2007: “It’s possible that, when all is said and done, not only will he have humiliated himself only to lose, but he’ll have lost because he humiliated himself. It’s downright Shakespearean.”

Gerard Barker, The vaulting ambition of America’s Lady Macbeth, The Times, January 26, 2007: “Now, you might say, hold on. Aren’t all politicians veined with an opportunistic streak? Why is she any different? The difference is that Mrs Clinton has raised that opportunism to an animating philosophy, a P. T. Barnum approach to the political marketplace.”

Click to Listen to the Show (24 MB MP3) We’re making calls right now, but here’s a promo to give you a head start: The return of the war vote: what does...