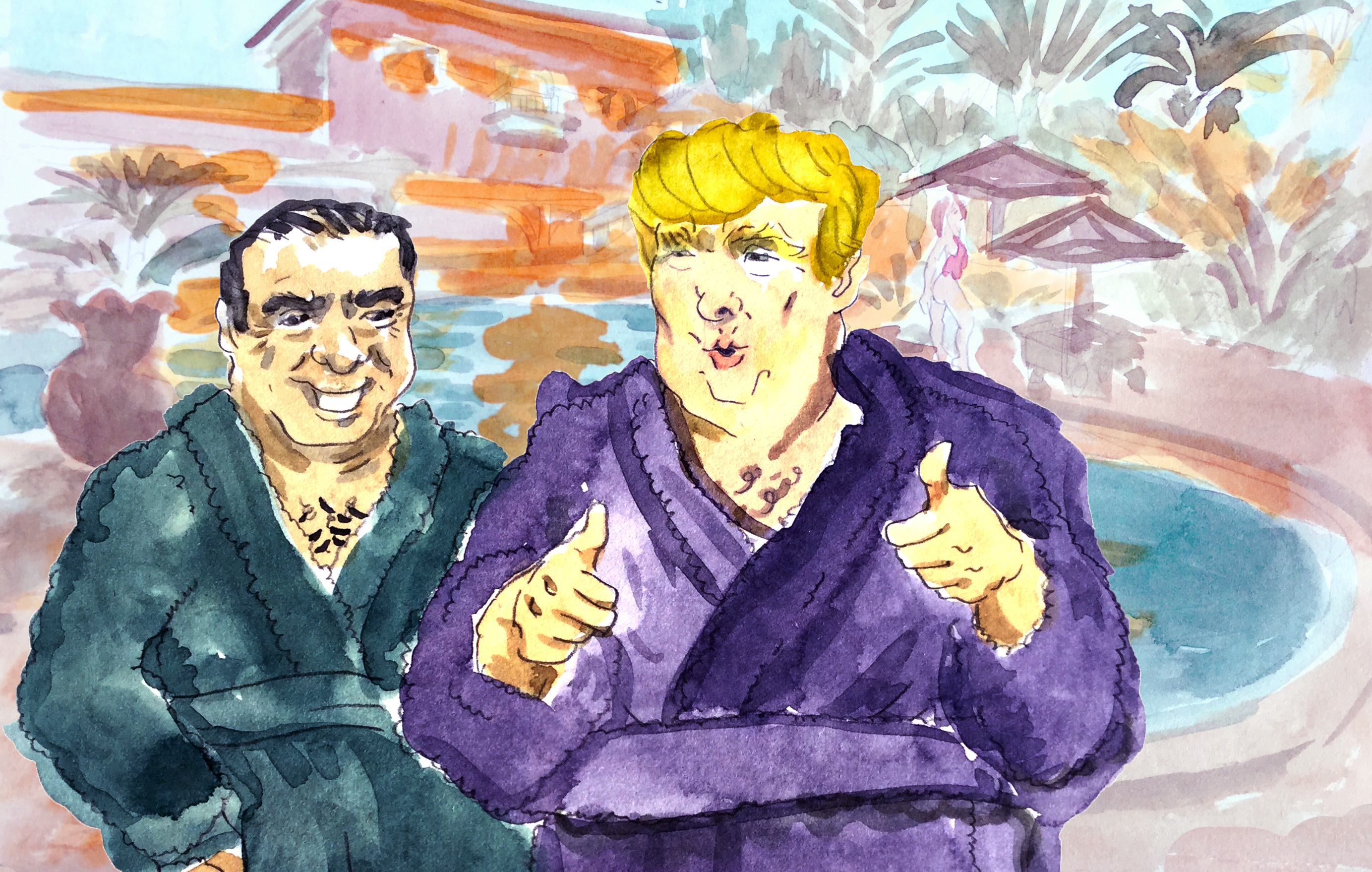 A lesson in corruption, scandal, and power—Italian Style

Silvio Berlusconi: The Godfather of Trumpismo

According to Henry Kissinger, “Donald Trump is a phenomenon that foreign countries haven’t seen.” Don’t tell that to the Italians. The parallels between Donald Trump and former Italian PM Silvio Berlusconi are as striking as they are frightening. Both men catapulted their way to power by running against the establishment as outsiders, billionaire “every men,” freed by money and power to be as lewd as anyone.

Mixing show business with politics, Trump and Berlusconi, both tireless salesmen, promoted their own personal brands as solutions to political gridlock and national malaise. Despite their notable conflicts-of-interest, these strongmen present themselves as a panacea for all their countries’ woes without offering any comprehensive political programs for relief. The cult-of-personality surrounding both men gives them both a sort of Teflon defense against personal scandals: attacks on the cruder aspects of their personalities—their raunchy rants and sex scandals—don’t stick and do little to derail their quests for political power. And what does it tell you that both men have also developed close relationships with another vainglorious world leader, Vladimir Putin?

To get the Italian perspective on Trumpismo—what might be called the Berlusconi Doctrine, American-style—we turned first to our favorite public radio paisan, Sylvia Poggioli. Poggioli gives us a broad reportorial take on the havoc wrought by Italy’s own vulgar, business-minded, anti-professional TV mogul.

Alexander Stille—the Italian-American journalist who articulated his own connections between bunga bunga banter and Trumpian masculinity for The Intercept in March—adds a more theoretical interpretation. Stille helps contextualize Berlusconi as “the first post-modern politician”—a master of visual media and entertainment politics who can effortlessly spin truths to his advantage.

Also joining us is Sabina Guzzanti, the satirist and filmmaker who emerged as one of the prominent Italian gadflies in the Berlusconi era. Guzzanti mercilessly provoked the thin-skinned prime minister and his Mediaset broadcasting empire with ruthless critiques and satirical jabs on her late-night TV show Raiot. After the program was muted by censorship and lawsuits, Guzzanti crystallized her critique of Berluscanismo in the 2005 documentary Viva Zapatero!

Bill Emmott, former editor-in-chief of The Economist, rounds out our program with the imperial view from the editorial board of the magazine that went to war with “the man who screwed an entire country.”

The lessons learned from Berlusconi present a rather grim view of America’s future under Trump. But we also shouldn’t forget that one of the key appeals for both Silvio and the Donald lies in their consummate skills as entertainers. The old joke about Mussolini’s fascist leadership of Italy was that “at least he made the trains run on time.” For Berlusconi, the best that can be said, maybe, is that at least he could sing in tune:

What might the tenor of the Trump administration, with its even crasser model of carnival-barker showmanship, sound like?

The feeling, over a 20-year Berlusconi era, is that the left in Italy was fiddling while Rome was burning. Nobody had (or has) an answer to the charming strong guy. “The left really doesn’t know what to say,” the political science professor Daniele Albertazzi says. (And international media pressure from the likes of The Economist didn’t amount to much, either.) For example, Romano Prodi (Goldman Sachs advisor, two-time PM, and founder of Italy’s Democratic Party) and Matteo Renzi (union basher who took up the Democratic Party mantle as PM from 2014 to 2016) offered few answers. The center did not hold. Albertazzi is a professor at the University of Birmingham in UK who studies European populist movements. Hear a short interview below:

Guest List
Sylvia Poggioli
Senior European correspondent for NPR's international desk
Alexander Stille
Journalist and author of The Sack of Rome: How a Beautiful European Country with a Fabled History and a Storied Culture Was Taken Over by a Man Named Silvio Berlusconi.
Sabina Guzzanti
Italian satirist and director of the 2005 documentary Viva Zapatero!
BIll Emmott
Founder of The Wake Up Foundation and former editor-in-chief of The Economist 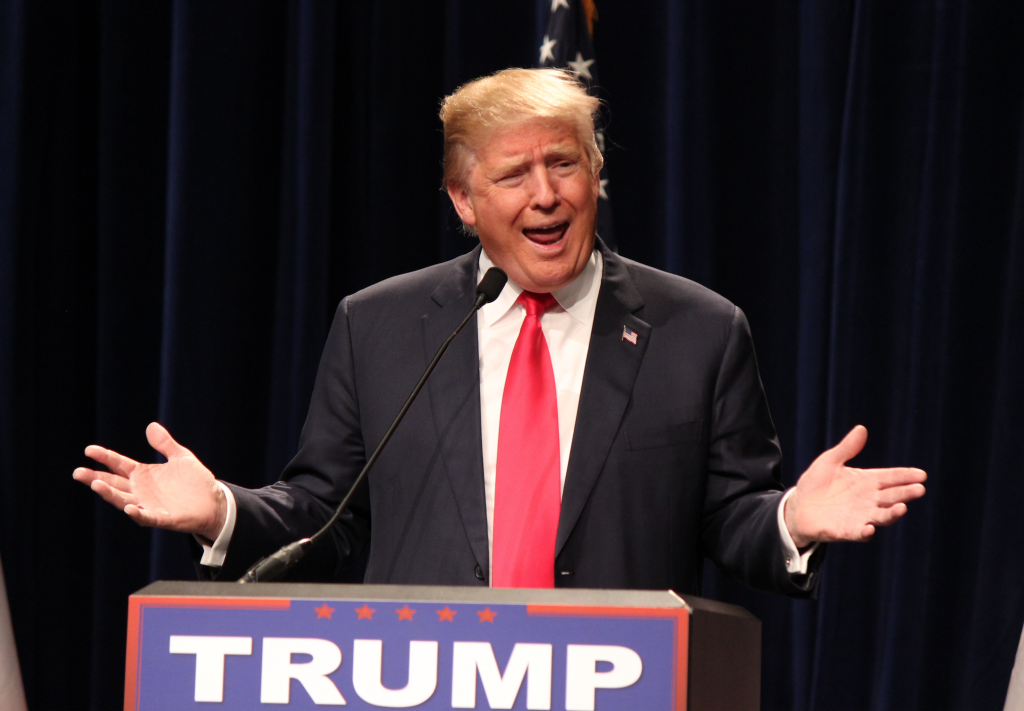 Last week, the election of Donald J. Trump came as a thunderclap. This week, the echoes are still ringing in the ears of the American polity. Reports of the demise...