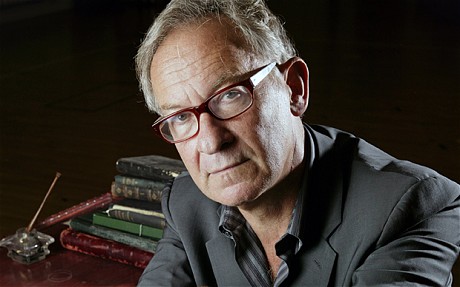 Simon Schama, the silver-tongued historian, is indulging me with a further reflection on this “imperial calamity,” as he put it, that we Americans seem to have inherited from his other country, Britain. There is no way out, he seems to conclude — no relief from the burdens and sorrows of empire. I am wondering: what teaches a great power that its time is running out? “Bankruptcy!” he exclaims, about the British experience. In the American struggle with strategic decline, Schama says, there will be no silencing the “neurotic insistence” on American exceptionalism, and no cure for “the testosterone of fury.”

“Obama’s whole project, which is incredibly difficult to bring off, is basically to be the manager of declining expectations. Now you can’t go to the hustings and say to the people: my plan for the future of the Great American Republic is that we become more ordinary, that we run foreign policy on the cheap, and have a humble posture in the world. You really have to educate the American public in a more realistic way about what’s possible in the American future — but not in an election year. As we say, good luck on that, mate.”

My other country is a small island, 60 million population. It took a long time — I grew up in a period of declinism, really, where we got used to runs on the pound, botched fiascos — a long, bloody, somber education in our limitations. But there was something always about the British temper that was historically ironic. At least when I grew up, notwithstanding the gorgeousness of Churchillian rhetoric, there was also the sense that history is a kind of tableau of the tragic irony of overreach; even Thucydides saw that.

Irony is in very short supply on Capitol Hill, and it’s regarded as a kind of jaded, European admission of defeat. We’ve got back now to our founding fathers. The only figure among the great founding fathers who had no problem with irony at the same time as he had no problem about envisioning a great continental democratic future was of course the peerless Benjamin Franklin, who did put all those things together in an un-defensive way. And we’ve just blocked that ever since.

I suspect I’ll be long since gone to the buttercups and the tombs of my fathers, but in the end — and I guess the question is more about imperial Rome — we will simply, over a long period of time, become accustomed to our limitations. And at some point in the future there will be some Edward Gibbon sitting in the ruins, meditating on the Decline and Fall of the American Empire, and nailing it.

Simon Schama with Chris Lydon at Columbia University in NYC, May 12, 2011. 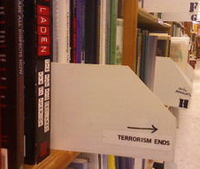 We seek out historians to reveal the present, not the past. We want to find a doctor who’s seen our symptoms before… on the general suspicion, from Ecclesiastes, that “there...