In 1993, there was still some grass [Sgt. G.D. Robinson / Defense Visual Information Center]

A grateful hat tip to blogger Ethan Zuckerman, who once again is inspiring us to focus on Africa, this time on Somalia.

Somalia may be one of the most fragile and potentially explosive countries in the world. Its environment is shattered. Its population is soaring. Disastrous famine lurks. AK-47s and other guns have multiplied since the 1990s. And there’s no stable government to speak of.

Somalia wraps itself in a sideways “V” around the Horn of Africa, bordering Djibouti, Ethiopia, and Kenya. The legacy of its turbulent postcolonial history is political mess. At the moment, an increasingly weak interrim transitional goverment operates from Baidoa; but growing power belongs to the Islamists’ Council of Islamic Courts, which now controls Mogadishu and most of southern Somalia. Somaliland and Puntland in the north are semi-independent areas. The wider regional politics with Kenya and Ethiopia — based on historical conflict and floods of refugees — are just as complicated.

Although the majority of the Somali Islamists are inspired by moderate Sufi Islam, an uncontrolled jihadi minority follows a more radical, Wahabi strain. So here’s the paradoxical situation: while the moderates are improving life for many (murder rates are declining, school attendance is increasing, food prices are falling), the jihadis may have opened training camps, may have welcomed foreign fighters and have links to al-Quaeda, and may inspire Somali terrorist cells abroad.

From the U.S. perspective, the worry of course is a fourth front in the “war on terror.” After abandoning Somalia in the mid-90s, the U.S. began funding Somali warlords this year to bolster them against the Islamists — a move that seems to have backfired by spurring the rapid recent spread of the Council of Islamic Courts. So what to do, if you’re the Bush Administration?

There’s an argument to be made for negotiating with the moderate Islamists and helping them maintain stability, but this seems a very unlikely route, ideologically, for the White House. The U.S. has a close relationship with the government in Christian-majority Ethiopia — a government that may not favor a stable Islamist Somalia — and that seems already to be sending troops into Somalia to support the transitional government. So the question is: how do you support the right political and humanitarian moves in Somalia? What, if anything, can the U.S. do to prevent a new radical Islamic front line?

Professor of geography, University of Minnesota, with a particular focus on Somalia and Ethiopia

Writes for numerous publications (e.g., WardheerNews.com and the Yemen Times)

Author, After Jihad: America and the Struggle for Islamic Democracy

Thanks to emmettoconnell for suggesting Noah Feldman

(via Toby in the North) International Crisis Group, Somalia, crisisgroup.org, October, 2005: “The October 2004 formation, in Kenya of the Transitional Federal Government (TFG) of Somalia was heralded as a breakthrough and a possible remedy to Somalia?s protracted crisis. This optimism dissipated over the next year as internal divisions prevented the TFG from making any progress on state building tasks.”

Foreign Policy, Seven Questions: Somalia’s Struggle, Foreign Policy, July, 2006: “For the Americans to have associated with and supported these guys . . . it made Somalis angry and frustrated with the U.S. government. But in the rallies at the mosques in Mogadishu, they’re not burning American flags; they’re burning Ethiopian flags. That’s where the real, powerful public anger is directed.”

Gerard Prunier, The Strange CIA Coup in Somalia, Garowe Online, September 29, 2006: “The U.S. intelligence service, obsessed with the risk of Taliban infiltration in Somalia, inadvertently helped the Union of Islamic Courts seize power this past June.”

The Economist, A holy war in the Horn?, The Economist, October 10, 2006: “A usually peaceful character, Mr Ahmed was seen dressed in combat fatigues and brandishing an AK-47 as he declared war.”

The Economist, Islamists half-ready for holy war, The Economist, October 12, 2006: “Islamist control of Somalia, which has been spreading fast but more or less peacefully, was this week checked. The check may be temporary. But with the reported arrival of hundreds of Ethiopian troops in support of the country’s UN-recognised but enfeebled transitional government, the scene is disturbingly warlike.”

Reuters, Somali Troops Take a Town From Rebels, Raising Tensions, The New York Times, October 22, 2006: “We have every reason to defend our allies,” Mr. Hassan said. “We cannot sit and watch them being overrun. We will attack the government troops if they decide to stay in Buurhakaba.”

[CharlesFred / Flickr] Last week we did a show on Somalia: on whether the de facto Islamist government is a good thing for the country, on whether it expands the risk... 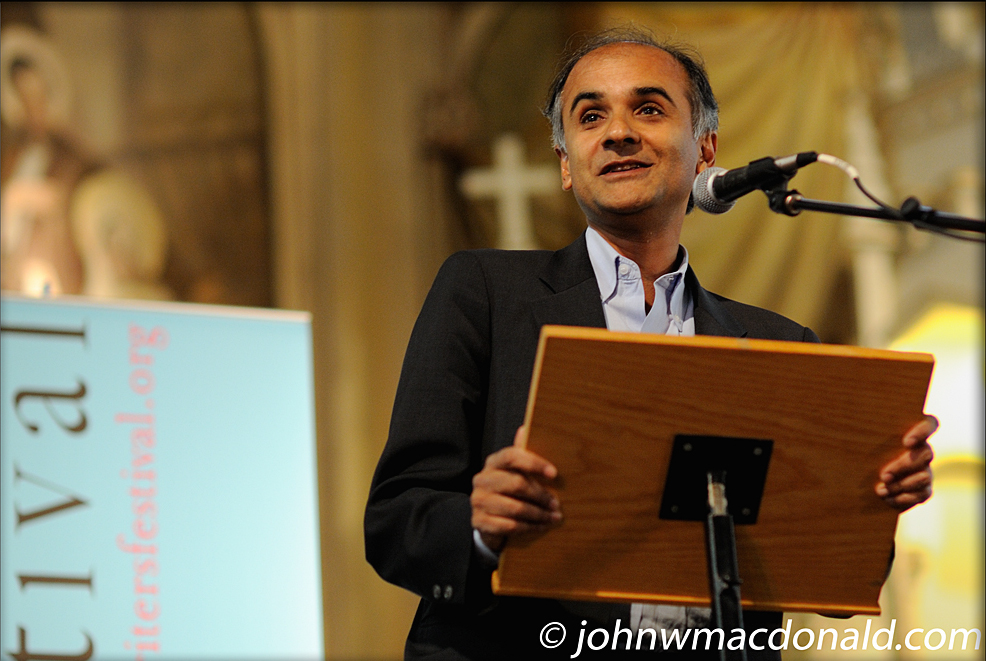 Pico Iyer: An Empire in Isolation

On the matter of “getting over” 9.11, what would it take to “see oursels as ithers see us,” in Robert Burns’ prayer? Yesterday we spoke with the writer Pico Iyer....