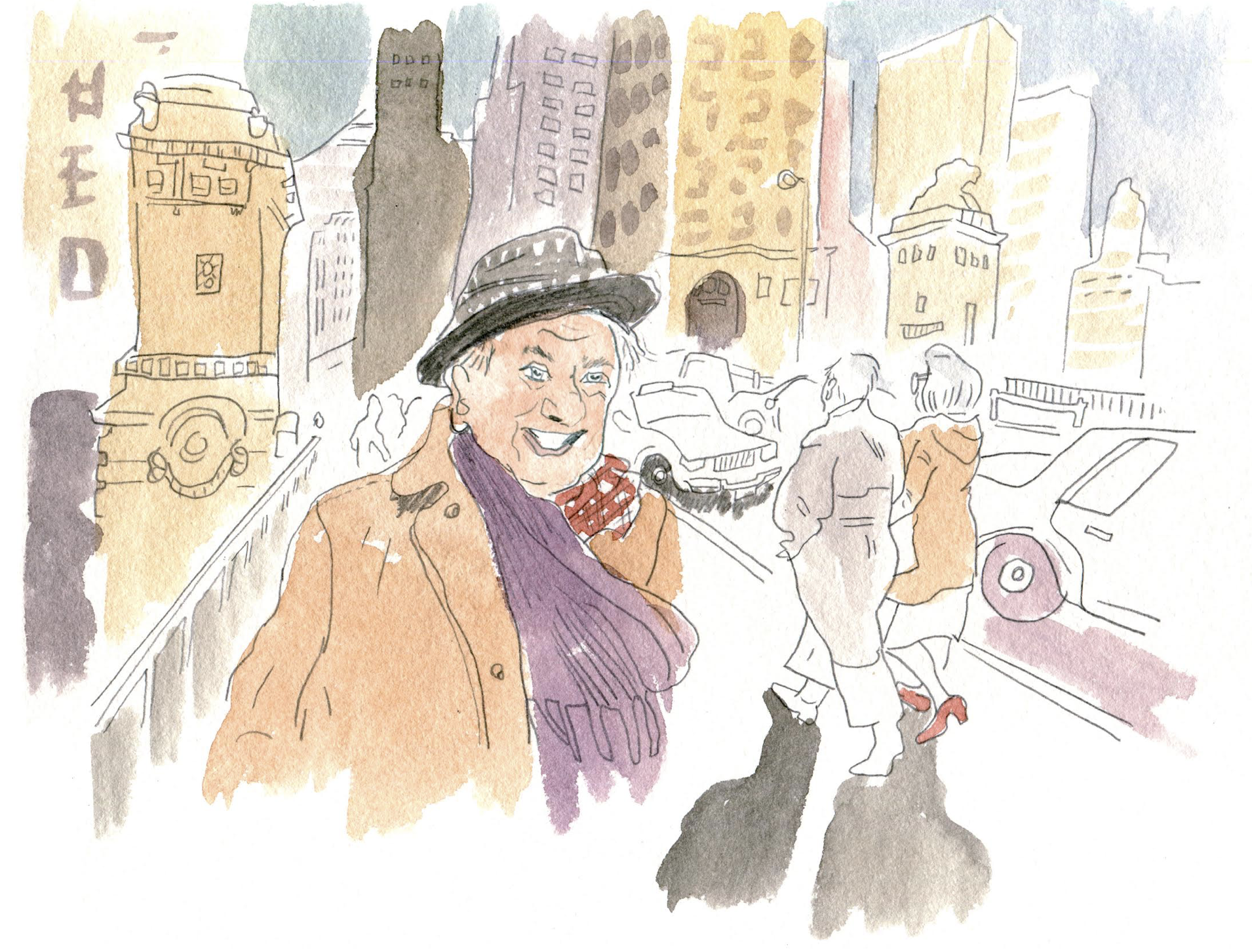 The Studs Terkel edge on the radio was, first of all, picking guests who would sound more interesting 50, 60 years later: Mahalia Jackson, Bucky Fuller, Toni Morrison, Bertrand Russell. Simone de Beauvoir on her Second Sex. Federico Fellini on La Dolce Vita. David Mamet on his Glengarry, Glen Ross. Aaron Copland, Dizzy Gillespie. James Baldwin from 1961, Woody Allen in his twenties. Janis Joplin, Tennessee Williams. John Cage.  The other great mark of Studs Terkel radio was that these weren’t interviews – except when Marlon Brando wanted a second hour to interview Studs. They were conversations – emphasis not on facts or even opinions but rather “feeling tone,” emotion and experience.

Radio legend Studs Terkel was the all-American listener: ears tuned, mind open, tape recorder always on.  The trick, he said, was something he’d heard – appropriately enough – from one of the uncelebrated citizens he loved interviewing. That “feeling tone” is the thread of this radio hour as much as the late Studs himself.  He was the voice of Chicago between Carl Sandburg a century ago – “hog butcher to the world,” and all that – and Chance the Rapper today.  Studs Terkel compiled a best-selling vernacular oral history of city life — Division Street America — then classic social histories of the Depression and World War 2.  Home base for more than 50 years was his daily radio hour on a privately owned fine-arts station in Chicago, WFMT.  The news of Studs Terkel that we’re happy to share is that 5000 hours of that radio archive are open anew, being digitized and transcribed – an audio event on a par with the opening of King Tut’s tomb.

Tony Macaluso manages the Studs collection at WFMT. He led us into the archives this week and guided us through some of his favorite interview with folks like Muhammad Ali,  Mahalia Jackson, Bertrand Russel, and Jimmy Baldwin.

Alan Wieder wrote an oral history of how Studs got to be Studs. He helped us understand the roots of Terkel’s “soft socialist” politics through his growing-up years in the Wells-Grand Hotel as well as his early television career in Chicago.

Rick Kogan is a newspaper guy and radio voice in Chicago today.  He grew up modeling himself after his father—the great Chicago journalist Herman Kogan—and his father’s great pal, Uncle Studs:

Sydney Lewis was one of Studs Terkel’s closest collaborators in radio and literary production to the very end. She now works down the road from us at public station WCAI in Falmouth, Massachusetts on Cape Cod. With us, she discusses the joys of working with the man who wrote Working.

Jay Allison produces the NPR story-telling hour known as The Moth, which draws on a certain Studs enthusiasm… and extends it into deep into the digital cosmos: all those individual voices empowered in the podcasting era. He guides us through one of the lesser known parts of Terkel’s audio legacy: the incredible, freeform audio documentary Born to Live—which won the Prix Italia in 1962 and which was given a second-life online thanks to Allison and the team at transom.org.