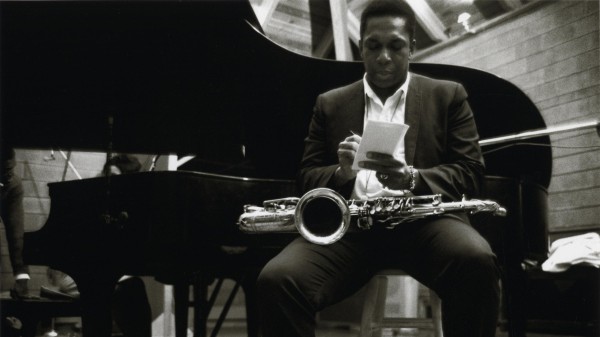 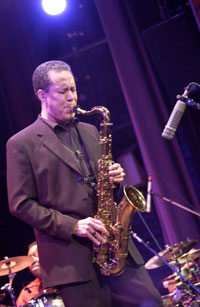 Bill Pierce played tenor saxophone for three years in into the early 80s with Art Blakey — before that with Stevie Wonder, and with the drummer Tony Williams into the early 90s. He has the authority of a player who’s also the teaching chairman of the reeds department of the Berklee College of Music in Boston — and co-author of the Berklee Practice Method for tenor and soprano saxophone. The hallways and practice cubicles outside Bill Pierce’s Berklee offices are thick with 19- and 20-year-olds who’ve made a desperate bet that they can approach Coltrane’s sound, and pull some of his phrases together. One of those students, Russ Thallheimer, from Eureka, California, was wearing a Coltrane T-shirt when we passed through Berklee the other day. Smiling, without irony, Russ referred to Coltrane as “Dad.” There are other saxophone inspirations : Russ mentioned Zoot Sims, Paul Desmond and Michael Brecker — “he’s the really cool uncle,” Russ said. “But none of them do what Coltrane did. Nobody can repeat things that he did.”

Bill Pierce helps close the gap. A child of rural Florida who came of age in the early Sixties, Bill Pierce remembers the exemplary and electrifying blackness of John Coltrane. But he speaks now more as one of those rare men who has played and taught all the blur of Coltrane’s notes, and follows the path of the man and his music to the very end. 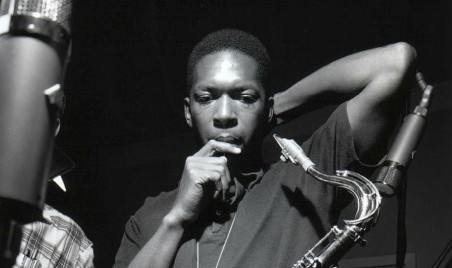