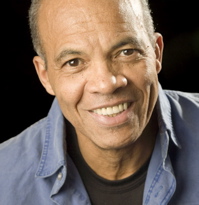 The jolt in John Edgar Wideman’s new novel, Fanon is the open rage in the modern black heart about the history of slavery and lynching, and the furious living consciousness of the color line in 21st-Century America. A surrogate “author” in the story in his Manhattan apartment receives a severed human head, plastic-wrapped and hand-delivered by UPS. In the writer’s mind, the murder of Emmett Till in 1955 might have been yesterday. The Homestead neighborhood of Pittsburgh, where Wideman grew up, is today a wasteland. The author’s brother Rob, serving an endless prison sentence for murder, tells the writer: “Trouble does last always.” The author’s project, in honor of the anti-colonial hero, Franz Fanon (1925 – 1961), is “to tell the truth about color and oppression.”

In our American context today, Wideman says in our conversation, “I think we’re somewhere in the low end of the beginning, because we haven’t really faced up — and we have not taken on the burden of divorcing ourselves from the myths about color. We talk about it, and various times in our history we’ve fought about it… But we have not — in the words of maybe the most profound thinker about these things in the last 50 years, in the words of James Baldwin — we have not made the personal and private connection. Not his words, but his conceptualizing of the race situation. And that is: you cannot be a person if you deny personhood to another. You are as incomplete a human being as you project incompleteness on other kids of human beings.”

But at least Barack Obama has just spoken about race, and the country is listening. “For one thing,” Wideman says, “he made me happy. In the sense that he foregrounded what’s in the back of everybody else’s mind. Obama existed in a kind of a trap. That is to to say, he was a man who, you look at him and say: “Oh, this is an African-American guy, a guy of color.” But he was not supposed to be that. He was in kind of a classic Fanon dilemma: he was wearing a mask of one color, and he had another color underneath that mask. Everybody knew it, but the question is: who was going to take it off, who was going to pull it off? … At least now, he’s acknowledged: yes, there’s a mask and there’s skin underneath. And we’re at such an immature level, or it’s such a difficult question, we can’t exactly say what’s skin and what’s mask. But let’s talk about it, and here’s my version.”

We talk about “three idols” in life that Wideman reveals in the novel. One is the warrior-intellectual Fanon of The Wretched of the Earth and Black Skin, White Masks. When imprisoned brother Rob asks, “Why Fanon?” the author answers: “Fanon because no way out of this goddam mess, I said to my brother, and Fanon found it.” Another idol is the author’s mother, dying of cancer in Pittsburgh, talking straight and serving the risen Lord of Homewood AME Zion. “… her belief generates an appetite for love, a flickering presence around her and an abundant radiance within her she shines on me.” The third is the artist Romare Bearden, who went to the same high school, Peabody in Pittsburgh, that the Wideman brothers did, and seems to have suggested something of Wideman’s style in print and in speech: fiction and conversation as a sort of collage:

If this book works in the way I want it to work, I want Fanon and my mother to meet and communicate. [they do] And I want the reader to believe that. I want the reader to see the inevitability of that. Because in thost two “heroes” I see sides of myself. On the one hand an intellectual, a public person, a trained person, someone who’s traveled, an international person. And on the other hand a woman whose accomplishment was to make herself an extraordinary human being in a very private, personal and closed community of family and friends in Pittsburgh. And I think that if there is any kind of remedy for the troubles of the world, if you will, it’s when those two impulses can have a conversation. Romaire Bearden is more or less an aesthetic hero. His main mode or form was collage. And certainly collage is a very suggestive art form, because it means you take bits and pieces from every damn thing and start throwing them together, and if you do it in the right way, maybe something new is created. Maybe the parts become greater than the whole, and whole greater than the parts, and suddenly you’re in the presence of something new. So I guess that is a kind of derivation of those three folks and the roles they played.

Jeff Klein’s excellent adventure this summer was a mission to Gaza, the Palestinian beachhead between Egypt and Israel, to witness resilience, as he says, amidst horrific destruction. From Jones Hill...

Click to listen to Chris’s conversation with Nicholson Baker. (49 minutes, 23 mb mp3) Nicholson Baker bursts into our poetry series with a passion for form, a longing for four-beat rhythms...