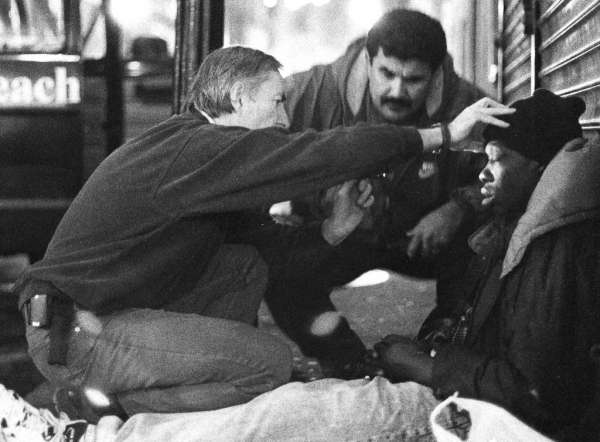 Ten homeless men in “Mousey Park”  in 2000. Only one of these men is still alive today.

We’re on a short Open Source field trip to someplace between Boston Noir and Boston the medical mecca.  We’re walking from the Massachusetts General Hospital on a crooked path to South Station, meeting people that our eyes and yours might normally never see.  These are Friday morning “outdoor rounds” with Doctor Jim O’Connell of Boston Health Care for the Homeless, whose patients are mostly alcoholic men with other mental and bodily afflictions, very sick people who often say they prefer the street to shelter living.  Jim O’Connell has been at this work for 30 years.  He made a habit early on of washing the feet of his patients – as a gesture of his servant-hood – but also as a sort of diagnostic device: what paths have his patients been on?  When you’re looking for models of the doctor – patient relationship, it’s a pleasure to watch an esteemed Boston doc giving every one of his needy patients the same claim on his time and skill, treating, touching, and comforting people that the rest of us can manage not to see at all. 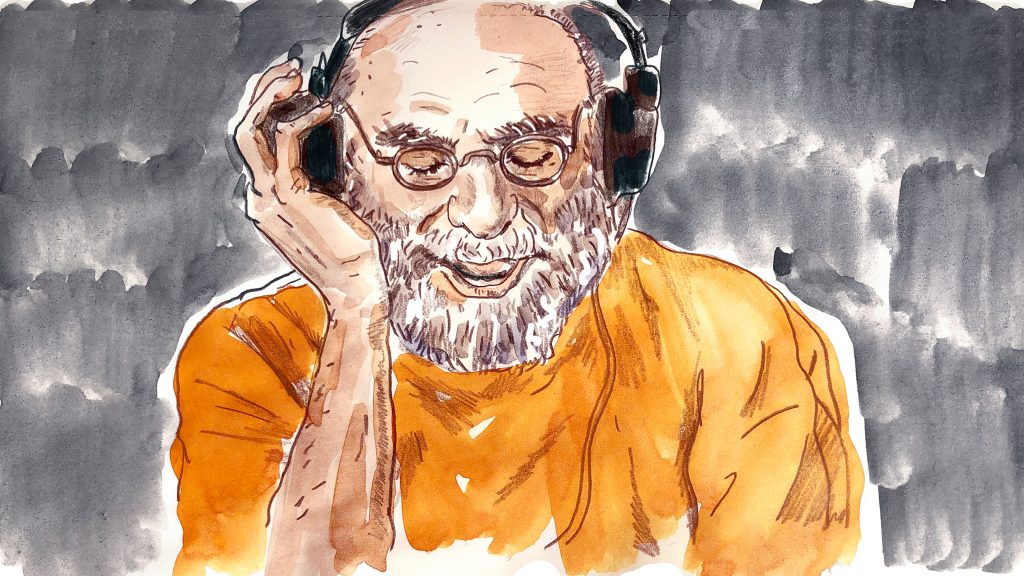