The book that has flooded my brain and heart this summer, on which I’d love to invite a fast end-of-the-season free-for-all, is Victor Hugo’s Les Misérables .

“Torrential” is the perfect word that that Mario Vargas Llosa, the Peruvian novelist, keeps using for the effects of Hugo’s masterpiece.

Who would not feel inundated, deleriously soaked in the poetry and speech-making of Les Misérables, the moral dynamism and passion for justice in it? The vivid variety of Hugo’s urchins, lovers, thugs, warriors, con-men, insurrectionists and saints is Dickensian. The command of the historical battlefield is Tolstoyan; the Count himself called Les Misérables “the greatest of all novels.” And the sweep of the national-cultural vision is Dostoyevskian, though Hugo focuses it in a peculiarly French way on Paris:

The Parisian is to the French what the Athenian was to the Greeks… It is thanks to the little man of Paris that the Revolution, inspiring the armies, conquered Europe. He delights in song. Suit his song to his nature and you will understand. With just the ‘Carmagnole‘ to sing he will only overthrow Louis XVI; but give him the ‘Marseillaise‘ and he will liberate the world…

…Such is Paris. The smoke from her chimney-tops is the thinking of the world. A cluster of mud and stone if you like, but above all things a moral entity. She is more than great, she is immense. Why? Because she dares. Where did we get the idea that Les Misérables was a book mainly for children, and for Broadway? It turns out to have been conceived as “a religious book,” as Hugo put it, “a sort of essay on the infinite.” Its deepest faith is in the transformation of people and social systems — starting with Jean Valjean, who never stops paying for the rash, altruistic theft of a loaf of bread, “a figure of indescribable stature, supremely great and gently humble in his immensity, the convict transformed into Christ;” and the jackhammer of the law, inspector Javert — “the guardian of order, the lightning of justice, the vengeance of society, the mailed fist of the absolute” — who stalks Valjean to the ignominy of his own death.

These are immortal, universal characters. And still the starting proposition about the grip of this book is that the preoccupying hero of Les Misérables is not the redeemed sufferer, the Christ-like Jean Valjean, but the visionary creator, the father God himself, Victor Hugo.

An Open Source listener in Philadelphia, the devout atheist Steven Antinoff, put me up to all this in a an email blast of enthusiasm in June. I’d asked him to walk me into his sanctuary of books. He wrote:

Maybe Les Misérables might be a wonderful place to begin. It is, for me, two things. One: in a way that probably can never be surpassed, it is a 1200 page meditation the passage from Luke 9 you cite and that we both love (Chapter 9, Verse 23: “If any man will come after me, let him deny himself, and take up his cross daily, and follow me. For whosoever will save his life shall lose it; but whosoever will lose his life for my sake, the same shall save it.”). Two: it is a great study of the relationship between love (first embodied in the bishop, later in Jean Valjean himself) and justice (as embodied in the police inspector Javert). Though Hugo’s language is sometimes a little sappy, though he can digress for 50 pages on Parisian criminal slang or the battle of Waterloo, it is a moving story beyond belief…

Steve Antinoff had the arresting notion that “the relationship between love and justice seems to be the subtheme of your [radio] show.” Also, that “at your level of vitality, I imagine 1200 pages might keep you busy for 2-3 days. From all you’ve said, I think you’ll love it.”

Well, the first reading took me the month of July, the second and third ecstatic immersions have consumed August. So what is it about Les Misérables that gives us the shivers? My first three points, just to get the conversation going, would be these:

First, there’s the high pitch of a poetic prose style, with the distinctive mark of the author’s endless balancing of ideas, images, phrases and personalities. God “delights in antitheses,” says the narrator of Les Misérables, and so does Victor Hugo, as for example in this commentary on the showdown on the generals who met at Waterloo on 18 June 1815:

It was the strangest encounter in history. Napoleon and Wellington were not enemies but opposites… On the one side precision, foresight, shrewd calculation, cool tenacity, and military correctitude; reserves husbanded, the way of retreat ensured, advantage taken of the terrain; warfare ordered by the book with nothing left to chance. On the other side intuition, divination, military unorthodoxy, more than human instinct, the eye of the eagle that strikes with lighning swiftness, prodigious art mingled with reckless impetuosity; all the mysteries of an unfathomable nature, the sense of kinship with Destiny; river, plain, forest, and hill summoned in some sort forced into compliance; the despot tyrannizing over the battlefield, faith in a star mingled with military science, enriching but also undermining it. Wellington was the technician of war, Napoleon was its Michelangelo; and this time genius was vanquished by rule-of-thumb.

Second, as in that famous long digression on Waterloo (“not a battle but a change in the direction of the world”), the narrative and cast of characters are ever inseparable from the pulsing context of Hugo’s political vision and cosmic history. We know where we are on every page of Les Misérables: We are living through the aftermath of the greatest chapter in the story of human freedom, the French Revolution. We are swinging on “the hinge of the 19th Century,” Waterloo, where “a great man had to disappear in order that a great century might be born.” We are grappling — eternally, perhaps — with ideals that came to furious life around Bonaparte.

Victor Hugo’s alter ego in the novel, Marius, calls himself “a Bonapartist democrat” after laboring to master the big ideas of Republic and Empire. Marius, like Hugo himself, was the son of an officer in Napoleon’s Grande Armee, and a man of “antitheses”:

[Marius] came to see that these two groups of men and events might be resolved into two enormous facts, namely, that the Republic represented the sovereignty of civic rights transferred to the masses, and that the Empire represented the sovereignty of the French Idea, imposed on Europe. The grand figure of the People was what emerged from the Revolution, and from the Empire there emerged the grand figure of France.

To the point that these arguments never die, Adam Gopnik observed in last week’s New Yorker that not the least of Nicolas Sarkozy’s success as the new president of France in 2007 is his embodiment of a certain abiding Bonapartism:

If there is a political creed behind Sarkozy’s government-of-all-the-talents populism, his urge to transcend party or policy, it can be found in what people call his Bonapartism. Bonapartism does not mean simply the possession of power by a short, ambitious man. It refers as well to a coherent ideology, which flourished in the nineteenth century… the Bonapartist tradition is very much that of an outsider—whether Corsican or Greek-Hungarian—in a Parisian setting: opportunistic, authoritarian, maneuvering, personality-cultish, and successful… It is a creed that can be philistine — the recent Sarkozite claim that France suffers from too much thinking is pure Bonapartism. But its ideal would be to make Paris a world capital once again, however that had to be done.

But then, what Les Misérables makes an American reader pine for is not a French recapitulation of Bonapartism but a setting of our own strange times — Bushismo, war, empire, the 9.11 reaction and the 2008 alternatives from Giuliani to Obama — on a canvas of imaginative fiction in the grand, even grandiose, Victor Hugo manner. Or is this what we get in fact from Don DeLillo, Richard Ford and Jonathan Franzen?

Third, there is Hugo’s rapturous language of the soul. If Steve Antinoff can take it, so surely can I. Starting with Monsieur Bienvenu, the old Bishop of Digne, a man with “the childishness of St Francis of Assisi” and the radiance of an angel, who becomes the agent of Valjean’s rebirth.

But the day was not complete for him if he was prevented by bad weather from spending an hour or two in his garden… At those moments, when he offered up his heart in the hour when the night flowers offer up their scent, himself illumined in the bestarred night and unfolding in ecstasy amid the universal radiance of creation, he could not perhaps have said what took place in his spirit, what went out from him and what entered in: a mysterious transaction between the infinity of the soul and the infinity of the universe.

God has a speaking part in Les Misérables — in exemplary lives and in history, as a decisive undertone, not least, in the fall of Napoleon.

His excessive weight in human affairs was upsetting the balance; his huge stature overtopped mankind. That there should be so great a concentration of vitality, so large a world contained within the mind of a single man, must in the end have been fatal to civilization. The time had come for the Supreme Arbiter to decide. Probably a murmur of complaint had come from those principles and elements on which the ordering of all things, moral and material, depends. The reek of blood, the over-filled graveyard, the weeping mother, these are powerful arguments. When the earth is overcharged with suffering, a mysterious lament rising from the shadows is heard in the heights.

Napoleon had been impeached in Heaven and his fall decreed; he was troublesome to God.

It is “The One who is present in the shadows” who steadies Valjean’s conscience and steels his nerve at crucial turns. And it is something even beyond Valjean’s goodness and uncanny strength that is being affirmed:

Is there not in every human soul, and was there not in the soul of Jean Valjean, an essential spark, an element of the divine, indestructible in this world and immortal in the next, which goodness can preserve, nourish and fan into glorious flame, and which evil can never quite extinguish?

Mario Vargas Llosa, in a fresh appreciation of a masterpiece that has sustained him since childhood, grants Victor Hugo the highest praise a writer can give a writer: that the force of his pages…

…is so strong that it can brush aside the sober reason of its readers, and convince us that its chimerical adventures, its larger-than-life characters, and its gruesomeness and wild imaginings are indeed true human reality, a reality that is both possible and achievable… reading gives us access to this lost reality and spurs us on to recover and reinstate it through our actions.

So let the conversation begin, with Mario Vargas Llosa and Steven Antinoff, and all the rest of us.

When did you discover Les Misérables?

And why haven’t you told us about it before? 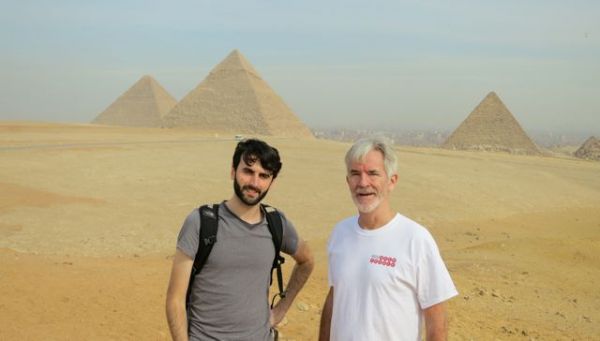 Click to listen to Chris’ conversation with Barbara Massaad (32 min, 15 meg) Revolutions are not born of chance but of necessity. A revolution is a return from the fictitious... 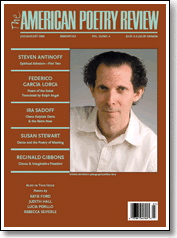 So Glad You Wrote: An Exchange with Steve Antinoff

Letters are the big fringe benefit in this work. Mail to Open Source keeps coming in on the matter of our “hiatus,” and I will be posting highlights and insights...