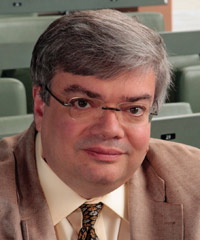 Terry Teachout‘s fine reconsideration of the man called “Pops” solidifies Louis Armstrong’s standing as not just the greatest horn player since the angel Gabriel, but an all-transforming artist at the level of James Joyce or even Shakespeare, and a black American freedom fighter of character and conscience, too.

Louis Armstrong’s power to astonish was never in doubt. Hoagy Carmichael, the songwriter of “Stardust” and “Georgia,” dropped his cigarette and gulped his drink the first time he heard Louis, barely out of his teens, in 1921. “Why,” Hoagy moaned, “isn’t everybody in the world listening to that?” Over the next 50 years the whole world heard Louis, and marveled, but there were always questions, too: Could honky-tonk music from red-light New Orleans get standing, really, with Schubert and Bach? Was Louis in artistic decline after the Twenties? Was he an Uncle Tom in all that Satchelmouth clowning?

All the modern answers as Terry Teachout documents them are over the top now in favor of Louis Armstrong. Listen to the testimonies his fellow horn players Ruby Braff and Wynton Marsalis gave me on Louis’s legendary centennial, July 4, 1900: that if Louis wasn’t actually God, he was at least proof of God. His grandeur, complexity and consistency as man and artist seem now beyond question. Harold Bloom, keeper of the cultural canon and an astute jazz listener, too, pairs Armstrong with Walt Whitman as the greatest American contributor to the world’s art, the genius of this nation at its best. It turns out we could believe our ears after all. 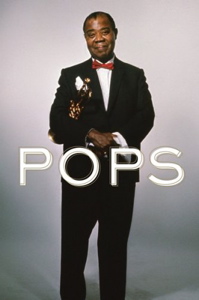 CL: You refer to him at one point as a middlebrow genius, which I think is awfully good, but spell it out.

TT: I used that phrase because Armstrong is a guy whose favorite band leader was Guy Lombardo, a guy who just liked a good tune, who happened to be a culture-changing genius. And he didn’t see why you couldn’t like Guy Lombardo and Caruso and the Beatles and Barbra Streisand, and Joe Oliver and Jelly Roll Morton — he just thought it was all music.

The picture on the cover of my book was taken by Philippe Halsman in 1965. It is an outtake from a session that was photographed for the cover of LIFE, this very famous photo that everybody’s seen of Armstrong with his eyes popping and the horn pointing outward and he’s dressed in this tux. He looks wonderful and he looks like the Armstrong we all know.

Armstrong is a man who is at peace with himself. At the very end of his life he sent a letter to a friend that I quote at the end of my book, where he says that ‘my whole life has been happiness and I love everybody.’ And he wasn’t kidding, he really wasn’t kidding.

That kind of acceptance of the fundamental realities of life, not meaning that you don’t want life to be changed, but that you accept the world as it is, and decide that you’re going to make the best of it, that’s really at the heart of his character, and I think of his genius too. It allows him to take in all things in his music and his art, the sadness, the beauty, the joy, the comedy, and make them one.