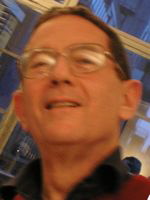 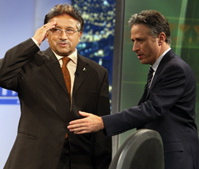 Sometimes I feel bad thinking about what could possibly happen to these people (the Iraqis) if this doesn’t pan out.

In the electronic open letters from the troops in Iraq, it’s not a different war exactly, but the details are not what you see on television or in the papers. A medic writes about having to choose which to treat first: a GI or an insurgent. Answer: treat the enemy first, because he’s an Iraqi and we can get information from him. Beth, a Navy corpsman, writes: “Since my last post we had a mass casualty, for those who know what that means. Yet, another image etched in my soul forever. One of the patients had shrapnel go through his eye, another lost legs, and yet another an arm. Pretty scary stuff.” A soldier writes about the constant use of the word “awesome” – part of the numbing effect of war: my wife left me: “awesome.” Somebody dead: “awesome.” Another writes with embarrassment about the bad manners of tracking mud into the Iraqi home he just raided. From the fog of war, these writers in uniform may be the Tim O’Briens and Norman Mailers of this generation. On Open Source: from where we are to Iraq, engaging with blogs of war.

infantryman in the New York National Guard, blogger: Just Another Soldier [in the studio in Cambridge]

Helicopter pilot for the 12th Aviation Brigade, blogger: Cimoli.com [by phone from Detroit]

medic in the 23rd Infantry Battalion, blogger: A Candle in the Dark [by phone from Ft. Lewis, Washington]

sergeant in the 150th Combat Engineers Battalion, blogger: Dixie Sappers [by phone from Forward Operating Base Dogwood, south of Baghdad]

[featuring audio excerpts from his podcasts]