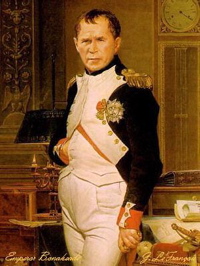 Behind a facade of lawmaking and reasonableness visible in Bonaparte’s correspondence crouched the grim realities of corruption, power, and terror. When Bonaparte ordered General Menou to the key port city of Rosetta near Alexandria to organize that province, he wrote with unusual candor, “The Turks can only be led by the greatest severity. Every day I cut off five or six heads in the streets of Cairo. We had to manage them up to the present in such a way as to erase that reputation for terror that preceded us. Today, on the contrary, it is necessary to take a tone that will cause them to obey, and to obey, for them, is to fear.” He meant by “Turks” all Muslims, of course.

The resonances and repetitions in history never come as much of a surprise. The shocking part is just that we so studiously ignore the pattern in what we’re doing, and the warnings.

The indispensable blogger-scholar on Iraq, Juan Cole of Michigan, had the idea of rethinking Napoleon’s invasion of Egypt in the mid-nineties when it seemed a nicely academic project. On completion today after five years of the war in Iraq, Cole’s historical reconstruction, Napoleon’s Egypt: Invading the Middle East , reads like the map of folly we never consulted, an ugly walk through history we were determined not to know. 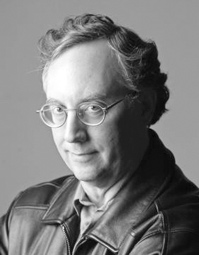 Whimsical arrogance in a war of choice is the start of the links. When General Bonaparte (then 28!) gathered his expeditionary force at Toulon in May, 1798, not even his war minister knew where Napoleon was headed — for a round-about attack on England, perhaps, or eastward somehow to disrupt England’s commerce with India. Napoleon’s version of “Bring ’em on!” was the promise to his troops about the slave soldiers of the Ottoman Empire in Egypt, the mamluk. “A few days after we arrive,” Napoleon vowed, “they will no longer exist.”

How do you say “fubar” in French? Napoleon had provided heavy woolen uniforms, and no water canteens, for troops who were prostrated by heat and thirst, and killed themselves in substantial numbers. They were also confronted and killed by an “insurgency” that kept building toward the Cairo revolt in late October, 1798 — a broad uprising with a “nativist dimension,” of merchants and guildsmen, Bedouin and peasants from the Cairo hinterlands. The French response was a draconian spectacle of mass executions, in the spirit of Napoleon’s order: “Burn that village. Make a terrifying example of it.”

By then, however, Britain’s Admiral Nelson, in alliance with the Ottomans, had destroyed Napoleon’s fleet in the Battle of the Nile. French forces in Egypt were cut off (eventually to be ferried home on English ships) and the mission was effectively doomed. Not that the cheering ever stopped, or the pretense of a mission civilisatrice, a project of liberty and modernity constructing a “French Republic of Egypt,” was ever abandoned by those who believed it in the first place. Cole’s history quotes a familiar-sounding Captain Say in Napoleon’s engineering corps: “The people of Egypt were most wretched,” Say wrote. “How will they not cherish the liberty that we are bringing them?”

Napoleon in Egypt and George Bush in Iraq were book-end fiascos, Juan Cole argues in our conversation — for neatly opposite reasons. Napoleon was too early in Egypt — before the Ottoman sick-man was ripe for dismemberment, before European arms could overwhelm native resistance; but in fact he set the course of French imperial expansion in North Africa and also Southeast Asia. George Bush hit Iraq too late, Cole says, long after bullying colonialism’s day was done.

That’s the historian’s Two Centuries in Review. Juan Cole, the impassioned real-time observer of Iraq, also gives us a Five Years in Review, on the war, and a Surge in Review, on 2007.