I arrived in the States twenty years ago, to the month. When I look at the wealth and income distribution in the United States today, I’m looking at Mexico in the 1970s and Brazil in the 1960s. This is not America. This is not a land of opportunity. You can’t talk about opportunity when 60 percent of the population can’t afford to go to college, where the costs of basically a middle-class education far outstrip the resources of the average family; when you have 54-million people living, in a family of four, on less than $22,314 a year; and meanwhile, the top one percent have trebled their share of income…

Mark Blyth with Chris Lydon at the Watson Institute

Mark Blyth, political economist and ever the argumentative Scot, has gone humble before the Wall Street protest. He and we should be learning from the crowd in Zuccotti Park — and in Boston’s Dewey Square — just what people have discovered from their own experience, their own anxiety.

There’s a crisis of income growth in this country that’s papered over by credit. That’s why there’s $56-billion in student loan debt. That’s why there’s $14-trillion in mortgage debt. That’s why there’s more than $1-trillion in home equity lines of credit outstanding. Because people have been borrowing against an uncertain future to finance an ever more expensive present. At the same time income has stagnated. Let’s be clear. When you adjust wages for prices, when you look at the real wage, it’s stagnant for 40 percent of the population; and for the next 20 percent of the population it’s barely edged up over 25 years. Meanwhile the top one percent has increased its share from the late 1970s, from 9 percent of national income to 24 percent just now. You can’t say these things are not causally related… Economically, inequality is a bad thing. You don’t even need to make a moral argument. You don’t have to mention the word justice once. More equal societies grow faster. They’re better…”

It turns out that Americans have more reverence for “fairness” than for equality. We’re not Sweden, and perhaps just as well, Mark Blyth allows. “But we get out of shape when we realize that the risks are being socialized and the profits are being privatized. And that’s what’s happening on Wall Street… “ 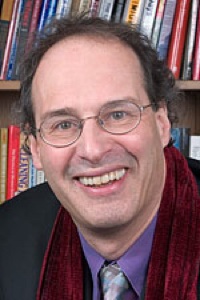 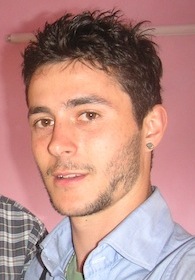 Eli Marienthal’s Haiti story is about a little-boy obsession with his Haitian twin, met on the first of many trips to Haiti to visit his father. The earthquake this winter seems to have jolted loose his fixation, toward insight and action.

Eli is the very picture of millennial possibility. He was a teen idol movie star growing up in California. He’s got a Brown degree now, in international development and comparative literature, and the zeal to apply it:

There is a practical aspect to the work I would like to be doing in Haiti that has everything to do with growing food. The Haitian landscape has been devastated by any number of natural and unnatural phenomena. I think that everywhere in the world, one of the most successful strategies for healing the planet is permaculture, which mimics natural systems in such a way that humans at an appropriate scale are able to reap what they need to sustain themselves — and the ecosystem of which they are a part. As Wendell Berry says, all creative work is a strategy of healing. My Haiti story — click and listen above — is itself a strategy of healing. Growing food is another strategy of healing. They aren’t separate to me.

This is the fourth in a group of conversations with poets, word-artists, about a catastrophe beyond words: the earthquake in Haiti this January. Tomorrow: Haitian-American High School Senior and poet Fabienne Casseus.

Call this a musical-conversational extension on the memoir of a beloved teacher, the historian of Russia at Brown University, Abbott Gleason, known as Tom. We’re connecting dots from Tolstoy to Orwell to Louis Armstrong in a big roomful of friends at Brown’s Watson Institute.

Tom Gleason might be everybody’s dream of an intellectual mentor: there are touches of Mr. Chips about Tom, and of his friend George Kennan, and of my big brother Peter, and your big brother, too, if you’re blessed to have one. It’s my thought anyway that if you assemble a dozen or so people of Tom Gleason’s range and reading and curiosity and conversational talent, you’ve got yourself a university.

A Liberal Education is the title of his memoir. It’s the private side of a career in Russian studies coinciding with four decades of Cold War. It warms and deepens my pleasure in the book to have known Tom well from odd angles: our daughters were college roommates; we’ve listened to jazz bands many Monday nights at Bovi’s Tavern in East Providence; we read War and Peace together in a small group two summers ago, then Moby Dick last summer. The Brothers Karamazov is next, in summer of 2010…

The fun of the book is in the disgressions — to the Tolstoyan family farm in Connecticut where young Tom spent his summers, where “workhorses… and a team of massive white oxen lingered, long after tractors and hayloaders were the rule on the more serious farms in the neighborhood… The haying was all done manually, with pitchforks, and many a wobbly load slid or topped off the wagon before it could be brought home to the barn. Farm work was usually over in time for drinks at the Big House before the sun had sunk much below the yardarm…”

The fun of our conversation is in our version of the BBC’s Desert Island Discs, as Tom Gleason free-associates on the music of Bela Bartok, Count Basie, Louis Armstrong, John Coltrane and Tom’s Harvard roommate John Harbison.

Maybe the meat of things is a reflection on the academic wars that came with Tom Gleason’s job:

CL: You we born into the Cold War, in a certain sense. You kept your powder dry in it. But in the book, as in life, you observed all the high and low politics of it, the ideological and academic politics of the Cold War period. So in the end, Tom, what the hell was it all about? Over here and over there, who got it right? Who, in retrospect, had wisdom on that huge subject?

TG:  Well, I’m not sure that getting it right and being wise are exactly the same thing. As far as getting it right goes, I tend to think — and I was a sort of left center person on the Cold War — the people on the two extremes, further to my right and further to my left, got it more interestingly at least, if not absolutely more right. By that I mean people like my colleague the British historian Michael Cox, who teaches at the University of Wales, and his Trotskyite friends always had a view that the Soviet Union was conceived in sin and betrayal, and it didn’t really belong in the world and it would someday pass away — and of course from their point of view, be replaced by something that was truly revolutionary, as Trotsky had believed.  And on the other side, my more conservative colleagues Adam Ulam, Robert Conquest, Richard Pipes, also from a quite different point of view believed that the Soviet Union did not belong in the modern world.  They believed that any nation or any empire which denied the market and denied the economic realities of the world, would not ultimately survive.  So in a certain sense the two extremes met, behind my back, so to speak, and in many ways they were the people who were sort of least surprised – Martin Malia being another one of the conservative ones.  But I think the two extremes were not necessarily the wisest people.  I think the wisest people in dealing with the cold war were those who tried to question their own motives and tried to question themselves and tried to take it one step at a time… I think the cold war got us into places where rhetorical flights could take us out of ourselves and get us well beyond where we wanted to be.  Once in a while I would catch myself saying something and my little super-ego would sort of pick itself up and rub its eyes and say “I’ve been asleep all this time, did I hear what you just said?”

Abbott (Tom) Gleason in conversation with Chris Lydon at the Watson Institute, March 1, 2010.

It’s a nice Gleasonesque thought that the folks who saw the Cold War prophetically were his adversaries at far opposite ends of the argument, and the very last people you’d have asked to do something about it.