When you live on a computer, every hair on your head is numbered — every click, too, every date and breakup, every want and need. Christian Rudder, resident data guru for OKCupid, is parsing the numbers and rediscovering people: what men and women want (it’s not the same thing), that love is blind, that racism is still alive, and that there is in fact as a “whitest band in the world.” (It’s Belle and Sebastian, according to the data.) There’s a voyeuristic thrill to reading a book like Rudder’s Dataclysm, a book that wants to tell us “who we are (when we think no one is looking)”.

But Astra Taylor puts forward another view of what and who we might be online. On a corporatized Web, we’re often the sum of our all data — packaged and sold to data brokers for pennies. But the dream of the Internet was that we would be the producers, not the product: participants in a conversation outside of the force of gravity of moneyed media.

For all the worry about the NSA, it raises the question: just how well do Google, Facebook, or Apple know you? And would you change the arrangement, if you could?

And the data debate raises all the big philosophical questions, too, about our existence and our essence. Can technology help us to become better people, or only to see ourselves as we are? 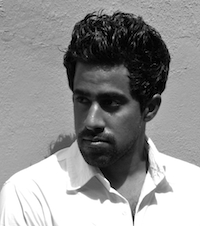