Steve Kinzer is raising sharp questions for today about the late, unlamented Dulles brothers — John Foster and Allen Dulles, who ruled US diplomacy and spy-craft in the Eisenhower 1950s. The Brothers are the subjects now of Kinzer’s double biography and eye-popping polemic. Are the Dulleses the missing keys to our 50-year understanding of John F. Kennedy’s tortured foreign adventures in office, and perhaps of his death? How and why did the “compulsive activism” and “secret world war” of the Dulles brothers persist for five decades after they were gone? In President Obama’s big turn in the Middle East — that is, in the refusal to bomb Syria and the warming contacts with Iran — is it too much to see that the Dulleses’ open and covert Cold War ways of waging world dominance are coming apart even as we speak? Of the Obama re-direction since late August, Steve Kinzer is telling me:

I found those two episodes most interesting. First, the President of the US announced… he was going to bomb Syria, but many in Congress and in the country were against it, and he called it off. I can’t remember any episode like this in my lifetime, where a president of the United States announced he wanted to bomb a country — but the American people were against it? This is something quite remarkable. We’ve always supported military action when presidents decide to launch them. Then came the telephone call between President Obama and the president of Iran. This is another supreme violation of another basic Dulles principle. The Dulles brothers believed you should never have dialogue with your enemy. They were strong against, for example, any summits between American leaders and Soviet leaders. They felt that this would only destroy the paradigm of conflict. It makes the other person seem possibly sane and rational, and then you can no longer portray them as evil and threatening. So these two episodes — the refusal to bomb Syria and the contact with Iran — make me ask this question: did the Dulles Era just end?

Stephen Kinzer in conversation with Chris Lydon about The Brothers in Boston, November, 2013

The Kennedy term began in 1961 with two explosive mines hidden in the works: the CIA’s Bay of Pigs raid on Cuba by mercenaries and Cuban exiles; and the assassination of the Congo’s first independent Prime Minister Patrice Lumumba. Three weeks into his term, Kennedy urged that Lumumba, beleaguered by Belgian interests and the CIA, be restored to power. “It was a remarkable change of heart for the United States,” Kinzer writes in The Brothers, “but it came too late.” Unknown to the new president of the United States, Lumumba had been kidnapped, brutalized, butchered and dissolved in acid three days before JFK’s inauguration. The Congo has never had a popular democratic government since then.

The two operations at the end of the Dulles era, the one against Fidel Castro in Cuba and the one against Patrice Lumumba in the Congo, have a number of interesting aspects in common. One of the most interesting ones is that President Eisenhower — who fervently supported covert action, though nobody understood that at the time, of course — personally, though slightly indirectly, ordered not just those operations in Cuba and the Congo, but the assassination of those two leaders. So we have in the space of one summer Eisenhower ordering two assassinations, and as far as we know, no president had done that before. The way that Allen Dulles electrified Eisenhower and the National Security Council to galvanize them into action in the Congo was to say to them – Lumumba is going to become the African Castro… When Lumumba came to New York to the United Nations, he gave a number of press conferences and at one of them he was asked whether he feared for his life, and he said: “if I am killed, it will be because a foreigner has paid a Conglolese,” and that is exactly what happened!

JFK fired Allen Dulles for the Bay of Pigs fiasco and started cutting the CIA budgets sharply. After his death, Kennedy was quoted by intimates to the effect that he wanted “to splinter the CIA in a thousand pieces and scatter it to the winds.” But of course Allen Dulles not only outlived Kennedy but got to have a strong voice on the Warren Commission that investigated Kennedy’s murder. Kinzer writes that Allen Dulles took the opportunity to coach the Warren Commmission staff on what questions to ask the CIA — and to coach the CIA on how to answer them. I’m asking Steve Kinzer if Allen Dulles — exiled from his agency, shamed by President Kennedy — shouldn’t be classified by 1963 as “rogue CIA,” and whether, when Robert F. Kennedy Jr. tells Charlie Rose that “rogue CIA” may have killed his uncle, Allen Dulles should not be on the list of suspects:

I find it a fascinating possibility. Nonetheless I’ve never seen any real evidence of it. So if there is ‘plausible deniability,’ it’s still in effect. Of course, ‘rogue CIA’ and Allen Dulles are not necessarily the same thing. If Allen Dulles was not involved, there could still be a rogue CIA. I mean, Richard Bissell was still involved in this project. We had a number of other figures, still very active, many of whom were very angry at Kennedy. I guess the pieces are out there, but I still have never seen anything that makes me seriously believe that the CIA could have been involved. That means either that they weren’t, or that they cover up things just as well as the CIA has sometimes been able to do.

Stephen Kinzer’s double biography of The Brothers is part of an epic series by now of Kinzer takes on All the Shah’s Men in Iran, on Overthrow as a habit in American foreign policy, on a Reset of US alliances that may be evolving in the Middle East. Check our several conversations with Steve Kinzer over the years — on the original sin of American policy in the Mideast, on Iran’s nuclear ambitions, and on the changing balance of interests out there. And please add your responses in a comment here. 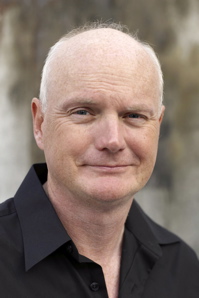 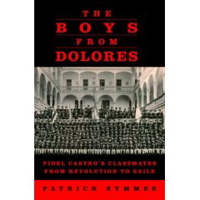