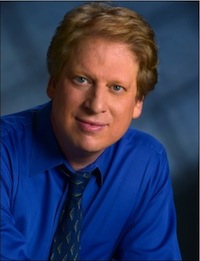 Paul Bloom lures you to the frontier in human psychology with ancient moral questions and the evidence of full-bodied human behavior. In the next-door labs of neuroscience, his colleagues may be well on their way to mapping every link in the spaghetti of our brains — to naming every neuron and synapse, to driving the “ghost” of consciousness out of the “machine” of the mind. And still, as Jonah Lehrer writes, we will “feel like the ghost, not like the machine.” So it is a relief to find, in Yale’s star lecturer and the author of How Pleasure Works, a complete humanist in a daunting field of mostly microscopic research.

PB: First mountain: Religion. I think that there’s a lot of people out there exploring why people believe in god, the nature of religious belief, about atheistic people who are themselves deeply religious. And this is an area I think of huge excitement, but I think now the field is too immature.

CL: Do believers have more babies?

PB: That would be the claim. Because they’re happier, because they’re more socially connected, because their belief in god makes them more moral and their morality makes them more attractive. Then there are other smart people, including many people I work with, who would argue that religious belief is an accident, that we’ve never evolved to be religious. Rather, it’s a byproduct of capacities that we’ve evolved for other purposes.

CL: I love the psalm that says, “As the hart panteth after the water brooks, so my soul thirsteth for the living God.” Pretty deep and old and basic.

PB: Pretty deep, and it also captures the fact that religion is not merely an intellectual stance. I end How Pleasure Works by talking about religious ritual and belief, and I point out, and I’m an atheist, myself‚ but I point out that I’d have to be blind and deaf not to realize the pleasure it causes many people, the satisfaction it gives them. And I think this is an important part of why we have it.

And then the second mountain, if you’ll settle for two. The second mountain is a particular sort of pleasure: stories, fiction. Your average person spends much of his or her day engaged in worlds that are not real. We read books, we watch TV, we go to movies, we daydream. The number one pleasure of your life is engaging in your imagination. It’s not sex, it’s not food, it’s not drugs, it’s not sports, it’s not hanging around with those you love, it is living in imaginary worlds. And what we don’t know is why this is so appealing. Why is it so appealing to for a moment find yourself in a world that you know is not real? Why is it so appealing, and what are the constraints on this? What kind of stories do people like? To what extent are there universals in these sort of stories? What’s the relationship between the sort of stories that a two-year-old would enjoy and that you and I would enjoy? Or that you and I would enjoy, and a hunter-gatherer would enjoy? What are the universals, what are the particulars? And given the importance of this to our day-to-day lives, it’s unfortunate and surprising but exciting that we don’t know the answers to this.