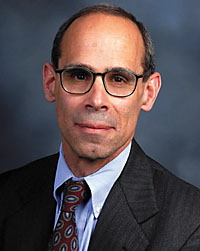 David Bromwich is channeling the lost conservative voice of Edmund Burke, the missing wisdom on our mad Afghanistan misadventure. This is what Yale’s Sterling Professors of Literature are for, now and then: to recalibrate commentary to the cadences of immortality.

In my long-ago Yale time, Burke was the voice of God for aspiring right-wingers in the school of Bill Buckley and the National Review; he was Buckley’s model of judgment, custom, continuity, restraint, “the wisdom of our ancestors” and the notion that “to make us love our country, our country ought to be lovely.”

In his own Parliamentary time (1765-1794), Burke had preached conciliation, not war, with the rebel colonies in America. He wrote the book on France “out of itself” in the Jacobin riot of revolution. More instructive for us, Burke was the conscience of the British Empire who drove the impeachment trial of Warren Hastings, the abusive, plundering chief of the East India Company, for “the great disgrace of the British character in India.”

Our Burke bumper-sticker today is that he “loved liberty and hated violence.” As Jedediah Purdy read Burke in his admirable post-911 reflection, Being America, “Enough violence always destroys liberty; mutual respect is the best stay against violence. Moreover, the two appeal to opposite parts of human nature: violence to self-righteousness and the taste for domination, liberty to forbearance and a love of everyday life.” For Professor Bromwich, a modern man of classic letters, Burke remains “the greatest political writer in the English language.” 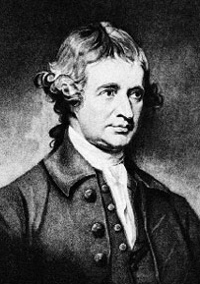 Burke stands, in Bromwich’s estimate, for the exemplary role of government “in showing the self-government of the powerful themselves, which means the self-restraint of the powerful, which means the resort to violence only as a last resort, and the responsibility of those who rule not to try to break the human personality or character or texture of any of the societies they come into contact with.”

I am asking David Bromwich as he finishes an intellectual biography of Burke for an American version of the great man. Closest approximations: the late Reinhold Niebuhr, Andrew Bacevich of The Limits of Power or Chalmers Johnson of The Sorrows of Empire. I am pestering David Bromwich for a Burkean view of the American predator drone strikes on Afghanistan and Pakistan, for example. He is observing that President Obama, who grew up with a global perspective, has fallen short not least as a teacher in office. He dubs Barack Obama “the Establishment President” in the London Review of Books this spring. In our conversation he muses that Obama…

…is a kind of academic character that I feel I’m familiar with. The strongest, most formative environment that he grew up in was academic and professional. He’s been around vaguely left-liberal but also corporate moneyed types, people like his Chicago crowd in Hyde Park, but also like Michael Froman, Jason Furman, Geithner, Summers, etc. He’s been around people like this for much of his life. And somebody like that thinks that the good people, the thinking people have hold of a lot of power already, and the plan of good sense should just be to make them rule in the right way, and to begin by speaking in a moderate tone… His sense of power being in roughly the right hands—it needs calibration and adjustment but not too much change, and it needs a push with the right attitudes more than force or distinction of policy—that seems to me who he is from my academic acquaintance with people like that. Now, the great exception to this would seem to be what he’s done with health care, but I think the way he did it tells more about him than the actual contents of what he has done. Health care was the mainstream left-liberal Democratic Party domestic policy that people wanted to see something done with for the last 50 years, and he decided to make his mark with that at some risk. It was a very peculiar decision, but in one sense the decision of a very conventional mind…

[Barack Obama] is a very fatherly parent in charge of a family that he doesn’t come home to that often. He thinks that his word goes, but he doesn’t watch too closely what follows when he says, “This is what I demand.” So, for example, on the closing of Guantanamo, he made that the first big pitch of his administration. It was very important, but there was apparently no follow-up pushed by him within his administration. Time was given for his political opponents, which includes the whole Republican Party, to rally against him, and now here we are almost a year and a half later: Guantanamo is not only still open, but there is no sign of it being near closing. He spoke with a tone of command, but the command was not followed, and he himself didn’t back his command with action.