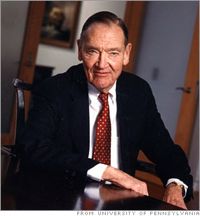 Kevin Phillips: how bad is it really?

People I know count on Paul Krugman in The Times to give us all the bad news we can believe in. But Kevin Phillips (a Nixon-brain turned populist grand historian) not only trumps Krugman in the Cassandra Stakes, he also explains why Krugman and media in general have gone soft and squishy (“now that the financial clouds have lifted a bit”) on the global apocalypse coming in the convergence of our housing collapse, the explosion of public and private debt, the fall of the dollar, the rise of (a) China and (b) $125 oil, and the consolidation of finance (the debt business) as our leading industry. Phillips notes that the best of big media, meaning the Times, the Wall Street Journal and the Financial Times, hate to be out front with bad news. And Krugman, the best of the best, is too heavily invested in the Clinton Democrats’ myth of a renewable once-and-future politics of prosperity — and too polite to dwell, for example, on the financialization of the Clinton campaign base. Nobody I know tells the story of catastrophe with higher style and a broader sweep of knowledge than Kevin Phillips — in his new book, Bad Money and in conversation here:

We used to be leading world creditor nation, lead world manufacturer, leading world producer of oil; we’re now leading the world’s leading debtor, the largest importer of manufactures in the world, and we’re the worlds largest oil importer. It’s a disastrous transformation. The only part of the economy that’s really profited is the financial sector because an awful lot of the transition is towards more debt,

more credit, more living on things you can’t afford, more keeping up pretenses, and more ambition around the world and less to back it up. And the consummation of this in many ways has been the George W Bush administration…

They invade Iraq, partly in order to get Iraq’s oil which hasn’t been tapped too much historically, and they thought they might be able to get 6 or 7 million barrels a day, and they could use that to bust open OPEC, and that would bring the price down — that was their ambition. And the futures market showed briefly in 2003, that there was an expectation that oil would come down to $15-18 dollars a barrel. At the time it was $20-25 — and now its $120-125. The notion that this imbecility was orchestrated, totally contrary to what they wanted, by two people who came from the oil industry — we could have done better with two bums or two Good Humor men, than these two men from the oil industry who knew nothing about the forces they were unleashing…

There was the ‘neutron loan’ – it kills the people but leaves the housing standing. The real thing they did that made this thing gain legs, is that no matter how crummy the loans were, most were securitized…. It’s mindboggling — If these people were in the manufacturing business, production of these things would have been enjoined because they were unsafe. You have consumer safety product commissions and things like that — you don’t have a financial products safety commission, which we sure as hell should have.

Kevin Phillips, in conversation with Chris Lydon on Open Source, May 14, 2008 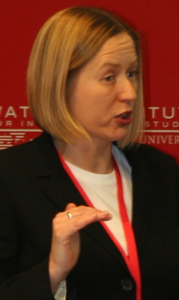