If, as guesstimated, Osama Bin Laden spent half a million dollars to recruit, feed and train the perpetrators of 911, and if the US has spent or committed something like $2-trillion on our 8-year response, the asymmetry of costs in this global war on terror is something like 4-million to 1. And that’s just the money. I’m asking the journalist Mark Danner here to take a shot at a moral and political balance sheet.

Mark Danner has covered one of the dirtiest stories on earth – torture – with an insistent lack of squeamishness about the injuries to human bodies and to American identity. He wrote the landmark New York Times op-ed, “We Are All Torturers Now,” on the confirmation of Alberto Gonzales as Attorney General in 2005. The best of Mark Danner’s work on politics, violence and war is now gathered in a book titled Stripping Bare the Body. He spoke with me in Boston about the extra-Constitutional “state of exception,” as he calls it, that isn’t over yet – and what these years of suspended rules, prolonged detentions, and foreign renditions of terror suspects, and torture, have done to our country. 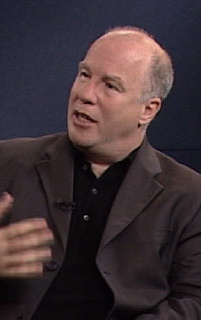 CL: Mark Danner, I’m reading David Rohde’s epic accounts of his imprisonment by the Taliban in the New York Times everyday for the past week. I keep wondering: when will we learn that our presence, our mere presence, not to say blowing up weddings, is a main generator of the insurgency?

MD: David Rohde, in his account of his captivity explicitly says that there are people who come and express their anger about the people who’ve been imprisoned in Guantanamo indefinitely, and Bagram and Abu Ghraib. This is a major theme in his writing, and a major theme in the grievances he hears from the Taliban. This does not mean that American policy should be guided solely by what our enemies don’t like. It does mean that there are very significant costs, political costs, to some of these policies that have to be weighed against how useful they are and whether they really protect the country. We seem to have a great deal of trouble weighing those costs, because, indeed, they’re not quantifiable as dollars or anything else.

CL: Your book keeps raising the question of what is power in a world where an IED may represent a few hundred dollars worth of effort that can blow up a multimillion dollar tank. And it happens all the time.

MD: I remember distinctly finding an IED when I was with some troops in Dora in southern Baghdad. This thing, when we finally were able to get it out of the plastic bag — it was disguised as a bit of garbage — was as simple as you can imagine. It was a little mortar shell— millions of which, literally, are around Iraq, Sadaam bought millions of these things — that had been duct-taped to the base of a phone, the kind of mobile phone you have in your house and you can press button on it that will beep the handset if you lose it. An insurgent would stand up in a building, take the handset and beep it. That would blow this thing up. Simple as can be. Easy as can be to make it. Probably cost a couple hundred bucks, depending how you value the mortar shell. And these things are incredibly effective. You cannot stop all of the IEDs from being made. You cannot stop that. You have to at some point stop the people from wanting to make them. You won’t succeed in stopping all of them, but you might succeed in stopping most of them. It is one thing that I think Americans have learned in the last eight years, that the road toward killing every Jihadist is not the road that the United States has to take. It has to be more political, and that’s not simply a matter of money, it’s a matter of effectiveness. We read everyday about these drone attacks. Another theme in the pieces by David Rohde in the New York Times was the extreme anger caused by the civilian deaths that are a side effect, a direct effect of using these missiles to attack targets on the ground in parts of Pakistan. And we think this is surgical warfare, but in fact it is people standing on the ground, suddenly being blown up. And blaming this directly on the United States. So these things do have a political cost.