Once again, France is reeling — after the second major terror attack upon defenseless Paris this year.

Eight fighters — all of them young EU citizens supposed to be working for ISIS, or Daesh — took 129 lives, with guns and suicide bombs, on Friday.

At the bloodiest site of the violence, the Bataclan concert hall, the shooters told their victims they were seeking revenge for French bombing of Syria. The next day, the embattled French President, François Hollande, responded to the attack with revenge of his own: a wave of new bombings in Syria, especially in Raqqa, Daesh’s capital city.

Hollande, who pushed for a Gallic “Patriot Act” this winter after the killings at Charlie Hebdo, has now proposed a series of changes to the French constitution designed to allow military action in a national state of emergency.

It’s a script we saw after Sept. 11: lock down at home, arm up abroad. With deep condolences for grieving France, we’re all wondering how this cycle of violence finally ends?

With Amb. Chas Freeman, a freethinking veteran of foreign service, and the French journalist Sylvain Cypel, we’re in the Open Source situation room, trying to see the tragic attacks in Paris and the force called Daesh in the right light, as a hellish problem with causes — and solutions.

First we asked tourists, students, and lunch-breakers on Boston Common for their theory on how to make it out of the terror age:

The story of the massacre at Charlie Hebdo has gone everywhere in the past week: into meditations on free speech and blasphemy, into declarations of cultural and actual war, and high-wire geopolitics.

It’s a fresh attack, meaning high emotion and demands for ‘moral clarity‘ — and not yet a serious reckoning. If the civilized idea is that no one should be killed for their cartoons, then of course we’re all on “Team Civilization,” as Jon Stewart likes to say. This video from 2006, showing three of the 10 staffers killed sitting around a table, drawing and chuckling, is a poignant reminder of the warmhearted, tweaking work done at Charlie Hebdo.

But as we react in pain and solidarity to the deaths of these cartoonists and the hostages and policemen killed, too, we’re still puzzling about what we should be learning.

It’s a story of the global spread of radical Islam, an ideology we’ve spent a decade and more trying to ‘contain’ with violence. It’s a story of 21st-century France: humanist, secular, but still tense when it comes to inclusion and identity. It’s a story of clashing fringes in Europe’s rightward drift: nativist National Fronts against deep-dyed Islamic extremists, cooperating in a violent ‘Muslim panic’ that runs counter to the facts. It’s a story, maybe, of comedy gone tragic, raising questions of the use and abuse of the satirical pen. And it’s a story of a world that still seems ready to think in terms of a nightmare clash of civilizations.

What does Charlie Hebdo tell you? Help us sort out the angles and ideas for this week’s show by leaving a comment or recording a message. 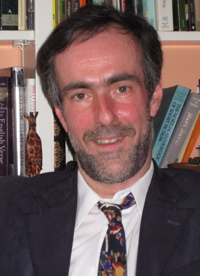 Thanks to Andrew Kinney, patsyb, and Sutter for suggesting another “literary lessons for Iraq” show.

Read The Plague this weekend, and help us milk Camus’s metaphor for our own pestilential times!

We will be guided on air by James A.W. Heffernan, Professor of English, Emeritus, at Dartmouth, Jim Fitzmorris, plawright and theatre historian, and by the political scientist John Mearsheimer of Chicago, who remembers The Plague as a staple of his own West Point education.

But the reading assignment is for everybody.

I read The Plague last weekend and can’t stop searching for facets of its meaning today. In its time (1947) Camus’s plague meant World War II, Fascism and the fall of France. Today the plague is the war in Iraq, surely, but it’s also Katrina. And AIDS, everywhere. It’s malaria in Haiti and genocide in Darfur; it’s mass poverty in most of the world.

“There have been as many plagues as wars in history,” says Camus’s narrator, “yet always plagues and wars take people equally by surprise.” When the bleeding rats start dying by the thousands in Oran, the Algerian port town where Camus set his tale, people dismiss the portent as a bad dream. “But it doesn’t always pass away and, from one bad dream to another it is men who pass away, and the humanists first of all, because they haven’t taken their precautions.”

The moral fable, of course, is not about the disease. It’s about us… and about the range of responses to the dreaded blank at the end of human life. The tireless young Doctor Rieux observes: “What’s true of all the evils in the world is true of the plague as well. It helps men to rise above themselves.”

For the journalist Rambert, the plague stands for the repetition compulsion in human affairs; it means “exactly that — the same thing over and over and over again.”

In the end, as Rieux says to Rambert, the plague is a dark and obscure challenge that can only be met with the equally multiple mystery called life. “It is a matter of common decency,” the faithful doctor decides. “That’s an idea which may make some people smile, but the only means of fighting plague is — common decency.”

For the stern voice of Catholic orthodoxy in the novel, Father Paneloux, the plague is the flail of God, with the saving grace that “it opens men’s eyes and forces them to take thought.”

Let The Plague stretch your own vision this weekend, and help us all “take thought” Monday evening at 7.

Sharpening the questions: In your own head, what stands for “the plague” in our time? Is “the plague” an affliction of choice, a subjective judgement? What about the multiple plagues that compete for our active attention? If “terror” is a plague (and Camus’ conclusion suggests it is), and if war is a plague (which seems obvious), is a “war on terror” a contradiction in terms, or a double plague? If genocide is a modern plague, and the overreach of American military power is another, what can we, must we, should we do in the matter of Darfur. If death is the mother and model of all plagues, can we imagine addressing various instances of “the plague” with something other than triumphal eradication of the problem as a plausible and worthy goal of thought and action