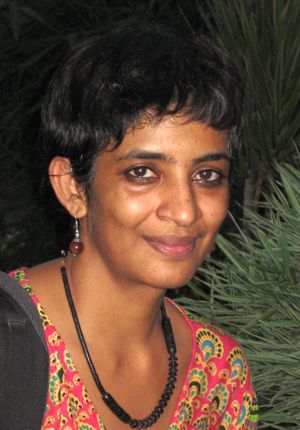 BANGALORE — Suprabha Seshan — a gardener and guardian of the land, living for the last 17 years in the wild rain forest of Kerala, near the southwest tip of India — is taking a fierce run here at the glad gab in Bangalore about the software boom, jobs, sudden wealth, the “New India,” which she believes has delivered itself into a deadly trap of consumerism, pollution, ruined forests and rivers, a “virtual” prosperity but a profoundly un-natural India. It is a New India, in short, without tigers or, soon, even orchids. But Ms. Seshan is scathing in a light, laughing, maybe specially Indian way. It’s an underlying premise among Indian chatterers, as they keep telling us, that often the best point in an argument is one whose direct opposite may sound equally plausible, even true. So let the conversation continue, through many paradoxes. “Is it possible,” she asks herself in conversation, “to live a life without contradiction?” — i.e. without petroleum, chemical fertilizers, technology? “In today’s society,” she answers, “it’s not possible.” There’s a cutting Indian edge here on the global contradictions of growth in a collapsing biosphere. Tea and eucalyptus plantations under the British Raj upset the balance and beauty of the green range of India’s Western Ghats in the 19th Century, and destroyed vast natural forest lands — but not so much that the state of Kerala doesn’t still market its mountains as “God’s own country.” For 20 years now there’s been an eco-tourism boom in Suprabha’s jungle — with roads, hotels, breaking-up of farms and new construction to serve high-end and mass visitors. The “eco” industry gets its name from the jungle, Suprabha says, but the jungle is withering. Ayurvedic medicine, the rage in New Delhi as well as Los Angeles, draws heavily on plants from Kerala wilds, “but where will we get them in a few years?” Better eco-tourism, I wonder, than the coal and bauxite mining that is churning a tribal rebellion in Eastern India? “Mining is rape,” Suprabha responds. “Eco-tourism is prostitution.” The good news from her own two decades on 60-plus acres in the wild is that forests and all their complexity do grow back. “The forest will return if given the chance. We call it ‘gardening back the biosphere.’ It can be done.” The bad news is that no one in or out of power will say “no” to eco-tourism and the promise of jobs. How, I asked her, will all this be remembered in the emerging story of the new India?

SS: I cannot relate with the new India at all. We have nothing in common in terms of what we seek as a possible future. The new India is appalling to me, if the new India means the exclusion of the forests. The new India means the end of nature to me. The two cannot go together: this is an apocalypse in the making. Because what is new “Shining” India going to shine with if it doesn’t have its rivers and its plants and its forests? What will it go forth with? CL: What piece of the old India are you invoking? And what is it in the old India that might ring an alarm? SS: The old India, what little I’ve known, is the diversity of things, the beauty and the sacredness and the diversity of things. In people, in the land, in trees and plants. Everything was sacred, and this was commonly felt. But modern industrial civilization, colonialism, all the powers that be have made it their special mission to destroy that relationship. The sacred doesn’t mean worship necessarily. The sacred means seeing each thing for what it is, and that it has its own right to be. And unfortunately it seems that a lot of mainstream religion has ritualized the sacred and has made an idol out of the sacred. So the sacred is now a plastic idol ringed by lights in someone’s concrete home. And so you worship your elephant that way. And meanwhile, the actual elephant is dying of tuberculosis, and herpes virus.  So my question has always been with regard to the so-called famous Indian tradition which is spiritual and so on: it’s become so symbolized and so ritualized and so separated from the actual earth that it has lost its meaning. It is virtual. It’s a virtual religion. CL: You sound like high Hindu priests I’ve read about, who teach this reverence for the single wasp, for every form of life… Is that a foothold for India to catch, against environmental disaster? This reverence for the planet, for life. SS: Reverence of any kind, of course, would be a very very powerful foothold. But I just don’t see it. Except in textbooks and stories. I do feel the modern media are crowding them out. Because you can have this experience of nature, of the wild, of the sacred, of anything, and you can almost believe that it’s true. And that’s the danger of the new technology to me: you can track a tiger in the forest through your computer and feel all that adrenaline rush, but you don’t have a relationship with a tiger. Because when you are with a tiger in the forest and your adrenaline rushes you’re a life and death situation… One gym instructor told me in the city, when I told him I live in the forest. He said “Oh, the jungle is a deadly place to booze!” That’s a crude version of what a lot of people do. They go to the jungle and they’re shut away from the jungle. The new technologies and this kind of removal that we see: it’s a severing that’s happened. They’re blind when they go to the forest. They have no means to look at the forest, to see it in a simple way. Just the beauty of it, let alone sacredness. Sacredness is so much more, it’s part of a life and a relationship, a recognition that we all have our spaces and relations with each other. 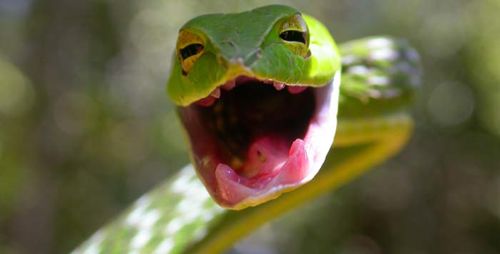 The deeper messages of entering the forest, and the silence, and the sensitivity, opening up and so on. That is a very quiet thing. That can’t happen in the way outdoor education is being sold to people: you work in an IT company and then you go for a weekend to the forest and then you have this outward bound experience. I don’t think it can happen like that. A relationship with nature is built over generations for the human species — the human species has come out of this million-year evolution, eye-to-eye contact with snakes, and elephants, and plants. You can’t really do it instantly. But a lot can be done: awareness is a pretty instant thing. People can be suddenly opened up in a pretty instant way. But, for that to build into a living relationship of sensitivity and mutual care, I don’t think that is so simple.