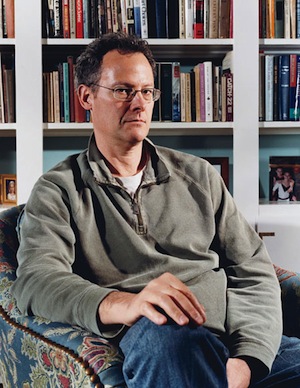 Nicholas Carr is famous for fretting that Google is making us stupid — that the Internet is driving our brains into The Shallows. But he knows that he’s not the first to worry about the effects of technology and the “outsourcing” of our thinking. Socrates argued that the written word, even the alphabet, was an intrusion on memory and free-flowing speech. Proust’s Marcel, transported by a melody, could imagine a sweeter world where music had evolved as the true and only language of souls — no speech, no texts. T. S. Eliot lamented in 1916 that a machine was now shaping his phrases and ideas. “The typewriter,” he wrote in a letter, “makes for lucidity, but I am not sure it encourages subtlety.”

NC: It’s true that he then went on to write “The Wasteland”, which is, some people think, quite subtle. So yes, I think there is always a worry, and I spent a lot of time in the book going through all these worries that have come along because I find, even when they’re wrong, they tell us something about the course of technology and what the tradeoffs are. And I’m sure there was a tradeoff in going from writing by hand to typewriting. I don’t know if it was good or bad or indifferent, a little of both.

What I see with the net is a technology unlike the typewriter or the calculator, or other things people have worried a lot about, something increasingly that is always with us. There are people today who wake up in the morning, the first thing they do is check their Blackberry or their iPhone, and it goes constantly until they go to bed, when the last thing they do is check their iPhone or Blackberry. So your point about the intrusion of technology into the most personal, most intimate aspects of ourself, it seems that what we’re seeing now with the net is kind of the culmination of that trend.

Reading and listening to Nick Carr I find him too subtle for his own argument, and far short of any brain-science evidence that the neurons that fire together when we’re on Facebook are wiring together against our better selves. We are stuck, Nick Carr and I, with a sentimental argument that Nathaniel Hawthorne and Ralph Waldo Emerson would have phrased better on a walk through Sleepy Hollow in Concord, Massachusetts — and doubtless did. A Hawthorne journal entry from 1844 noted the glimmer of sunshine through shadow, “imaging that pleasant mood of mind where gayety and pensiveness intermingle.” Till — horrors! “But hark! there is the whistle of the locomotive, — the long shriek, harsh above all other harshness… since it brings the noisy world into the midst of our slumbrous peace.”

NC: The passage from Hawthorne’s notebooks is a beautiful expression of what is available to us through solitary, very attentive, very quiet thinking. Leo Marx, in his great 1960s book “The Machine in the Garden”, draws a contrast between what he calls the pastoral form of mind, which is what Hawthorne is expressing there, and the more industrial form of mind, which is also important: it’s the way we solve problems, the way we move progress forward in some way, the utilitarian mode of gathering information and making decisions.

So this is a long term shift that dates at least to industrialization where we see this constant pressure to be more utilitarian in our mental lives, and more problem solvers. What we lose is that pastoral sense. And Hawthorne definitely saw this when he heard the train disrupt his deep thought. So I think the best way to look at the internet is in that long progression, that long shift in emphasis in our thought, in the consonant devaluation of the more pastoral, more contemplative mode of thought. …

I think we’re at risk of losing this deeper, personal, solitary mode of thought without even paying much attention to what we’re losing.

Nicholas Carr in conversation with Christopher Lydon in Boston, June 28, 2010

Thoreau didn’t like that train through Concord either. But the train was Emerson’s way into the “wide world.” And the Internet, I decided long ago, completes his journey. It’s the fulfilment of Emerson’s wildest dream:

CL: “The mind is one,” Emerson wrote in the essay, History:  “There is one mind common to all individual men. Every man is an inlet to the same and to all of the same. He that is once admitted to the right of reason is made a freeman of the whole estate. What Plato has thought, he may think; what a saint has felt, he may feel; what at any time has be-fallen any man, he can understand. Who hath access to this universal mind is a party to all that is or can be done, for this is the only and sovereign agent.”

When Emerson speaks of “access to this universal mind,” he could be describing the leveling effect of Google search engines.  He is envisioning what we now call distributed intelligence. He is foreseeing and the expressive democracy we practice every day on our networked computers. I call him the “God for Bloggers,” the true prophet of the blessed Internet.