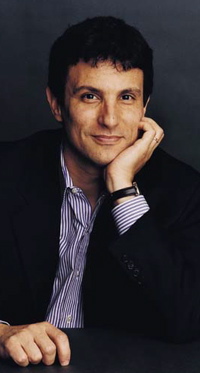 David Remnick is hanging out and indulging me here, late on a book-tour evening, in a little polite rattling of the racial premise of his Obama story, The Bridge.

Race is Remnick’s theme — through young Obama’s assembling of an identity; in the local black politics of Chicago that first roughed him up; in the discontents around the Obama presidency in mid-2010. To me, contrarily, the tell-tale theme of the Obama story is Empire and the sorrows thereof, going back to family tales of colonial Kenya and Obama’s renunciation of “dumb wars” like Iraq.

I’ve been second-guessing Remnick’s emphasis since his remarkable New Yorker piece on “The Joshua Generation” in the issue of November 14, 2008. I wrote him at the time that I thought he’d misheard Rev. Jeremiah Wright’s famous “God damn America” speech. Wright’s “jeremiads,” Remnick wrote, “were meant to rouse, to accuse, to shake off dejection.” They were “part of a tradition well known to millions of church-going African Americans…” But I presumed to point out they weren’t standard rants at all. That “God damn America” line, I noted, “was first spoken in 1903 by the greatest of all American public intellectuals, William James, about the invasion, mutilation and occupation of the Philippines.

“It applies precisely today,” I emailed Remnick. “Reverend Wright’s outburst reflected not especially the sound of the black church but rather the popular intuition, now happily ratified by a national election, that the war in Iraq and nearly eight years of the Bush Doctrine are a damnable violation of our constitutional values and our place in the global, nay universal, scheme of things. The vote on November 4 was as much about Empire as it was about Race, or McCain or Bush, or the Meltdown.”

Remnick tracks the anxiety in the country today, the Age of Obama blues, to the “radical change” of complexion in the White House. I track it rather to the disorientations of extended empire — for example: the Golden State of California, at the brink of bankruptcy, issuing scrip, while Obama surges in Afghanistan, using drones against pre-modern tribesmen and American soldiers each costing $1-million a year. That’s a taste of the tension in our fast gab about a ripping good read in biographical journalism.

CL: Suddenly it dawns on me that we’re looking at David Remnick, who is one of the great writers on post-Soviet Russia. There’s a connection with a picture I can’t get out of my mind. An Italian legal scholar visiting Brown, stood up in the middle of a conference and said: “Don’t you realize, Obama is your Gorbachev… Twenty years after the fall of the Soviet Union,” he said in so many words, “the other pillar of the Cold War is shaking. You’ve come up with a good man in a desperate situation — in debt, in disrepute around the world; China is growing and will come out of the recession in a better way than the US will. There are all sorts of strains on the empire, and the real question for Obama, maybe the only question, is: can he hold this thing together?”  So: tear and compare, David: Gorby and Barack.

DR: Look, I in many ways am an admirer of Mikhail Gorbachev, and I certainly think he was the most important political figure in the post-war world in the 20th Century. But a lot of what he did was sensibly and humanely manage the utter dissolution of the last empire on earth – and you will disagree with me on the world “last,” I know. A lot of of what Gorbachev did was with a very different intent. Gorbachev’s initial intent and even his intent all the way through was to have an outcome of a more humane, socialist communist party led Soviet Union. He did not intend for the Soviet Union to dissolve, he only dissolved the Communist Party regretfully after the August coup of 1991. Poetically are there parallels? Maybe. But in terms of practical politics? No.

I think your analysis of China is, with respect, blind to the fact that the Chinese themselves have far, far, far deeper economic disparities and problems than we normally talk about. When we focus on China we tend to look at the booming Shanghai and the booming Beijing, and forget that there are hundreds of millions of incredibly poor people in a country with no democratic norms whatsoever.

To me, I would pose the question differently. To me, the ideological challenge of the 21st Century to some degree is posed by Russia and it is posed by China. Russia and China, each in their bravado, deeply question the Western presumption that free markets — however regulated, however not, depending on your politics — free markets and democratic norms go hand-in-hand. The Chinese and the Russians are saying “Baloney! We are developing faster than we ever have economically, and we do not cede the notion of democratic norms.”

That to me is the über picture that I see, more than I see a great parallel between Obama and Gorbachev.

David Remnick in conversation about The Bridge with Chris Lydon in Boston, April 29, 2010. 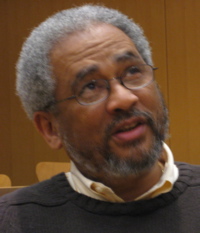