Adrian Lopez Denis finds it laughable that even the best of the Anglo-American media, The Economist and The New Yorker, made iconic covers of cigar smoke (and crushed cigar butts) when Fidel Castro bowed out of office — a man who quit smoking 40 years ago, in a country that has produced a generation of creative young survivors since the heyday of the 1959 Revolution.

Adrian is a social historian at Brown (Ph.D from UCLA), and the son of a medical doctor in Cuba. He likes to say that only George W. Bush sees the transition in Cuba these days as a turning point of any kind. He sees nothing spectacular coming out of Cuba soon, “no headlines in the next five years,” much less a civil war. 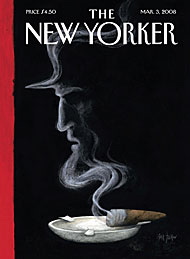 Adrian’s emphasis in our conversations is always on the continuity of informal realities in Cuba: the vitality of the informal economy, the power of family networks and the “transnational households” that keep Havana and Miami connected, and the pleasure-seeking “culture of informality” that overwhelmed the commissars from Eastern Europe. An authoritarian tendency is part of the long Cuban tradition. So, too, is a profound problem of racial suspicion and discrimination, a legacy of slavery that the Revolution only chipped at. So in Adrian’s account of Cuba, nothing is quite what it seems or what any of the slogans suggest. And most of the consequences Cuba deals with are the unintended ones. 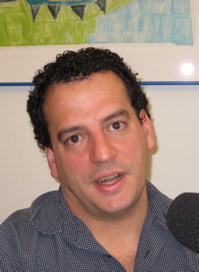 From below it’s a country that found its own way to get over the Cold War, Cuban style. We have already a whole generation in the post-Cold War period. Young people don’t remember the Cold War, and young people people are what drives Cuba forward, both on the island and in Miami… What’s on their mind is survival, and it’s not survival of the fittest. This is not a Darwinian environment, necessarily…

Don’t minimize the unintended consequences of the Cuban revolution. By equalizing income levels and for the most part erasing the old established divisions of class… one of the unintended consequences of that transformation was that people created networks of solidarity, facing a state that controlled public spaces in a very pervasive way. People developed alternatives to it, or a sense of networks… Building on top of a long tradition of an informal economy in Cuba, those networks are now responsible for the dynamics of daily life… They cross all divisions. These are networks of survival, so when you need to survive you can not look at the ideology or the race or the gender of the person you are interacting with. You can’t be that picky…

Race… is one of the deepest problems that Cuba has, and this is one of most obvious failures of the Cuban Revolution. In areas like gender equality, the Cuban Revolution was much more accomplished than in areas like solving the race differential… The Cuban Revolution was never feminist, but the policy was more comprehensive in transforming attitudes of men toward women than in this very weak attempt to transform the attitudes of white people toward black people… The other thing is that the leadership of the Cuban Revolution was terrified of the possibility of an alternative political mobilization of the Afro-Cuban population. Cuban elites and middle classes have been terrified of that for 200 years, since the Haitian revolution. It’s a fear that runs deep in the culture. It’s another consequence of slavery; you had that fear in every society that goes through slavery. The fear of the barbarian is a myth that runs deep. It’s the saddest part of all this story. That is where I think everything the Cuban Revolution tried to do in the soicial and economic arena failed, because the government decided they could not allow the Afro-Cuban population to organize themselves to improve their conditions. The Afro Cuban population was there to receive what the government gave them, and be grateful. They not to fight for more, not to fight for equality, basically… The consequence is that there’s more people in prison today in Cuba than anywhere else in the world. Cuba has the largest prison population in the world right now… It’s a very tragic situation, and the Afro-Cuban population is over represented in prisons, and that is the most obvious sign that something is really going deeply wrong in your country in terms of racial politics… We’re not talking about 300 political prisoners. That’s a footnote. We’re talking about the more or less 200,000 people that are in prison in Cuba today… It’s the most incarcerated society ever created in history… for “being black,” stealing a chicken, surviving.

All this informality that I was celebrating a few minutes ago is illegal… The people that pay the price are the people that are more active in the informal economy, people that are more creative. It’s the same creativity that goes into playing jazz… It’s talking to other people, getting along, being able to improvise. You get an Afro-Cuban population that has been for centuries at the bottom of society, that has been needing these connections, developing these networks since the time of slavery; and a government that doesn’t understand the vitality of these networks and tries to substitute a top-down system that really doesn’t work. So there you go.

Adrian Lopez Denis of Brown University, in conversation with Chris Lydon at the Watson Institute, March 12, 2008.

Adrian Lopez Denis gives us, finally, a moment and a place to dwell on. Late in the fall semester, next December 17, he will sweep his contingent of Brown students in Cuba into the mass pilgrimage to the church and hospital outside Havana of San Lazaro , the patron saint of the poor and the sick in Cuba. It was built in 1917 to treat lepers; today it’s famous for its AIDS sanitarium. It is one of the intricate symbols, as Adrian says, of “the island that was there before the Cold War, and that’s going to be there after.”

As many as 60,000 Cubans will celebrate this complicated feast of San Lazaro . “Its a perfect picture of the Cuban Revolution,” Adrian concluded. “It’s a hospital, a prison and a school. People are there because they want to be, and people are there that don’t want to be there. It’s like a microcosm of Cuba. And now they have one of these in every province, fourteen in all… We have the lowest HIV-posititive rate in the Atlantic — a spectacular, stunning success of the Cuban Revolution. And it’s done basically by forcing isolation on people. You get free drugs because you’re sick, but you get isolated and put in this prison because you’re sick.”