To close out our series on work, produced in partnership with The Nation, we’re looking ahead to the big proposals and spiritual realignments that might spell a major change for working and middle-class people who feel as though the recession never ended.

Look no further than this chart, produced by one of our big thinkers this week, the Bulgarian-American economist Pavlina Tcherneva. Today even as the economy grows the gains are topsy-turvy. In the latest economic expansion (from 2009 to 2012), the incomes of the top 10% rose more than 100% while for bottom 90%, they actually sank. But we still see a steady-as-she-goes approach to economic policy in the White House and in the primary campaigns, for the most part, too.

When Franklin Roosevelt first conjured a “new deal” for American workers, he was still a candidate. It was June 1932, Roosevelt was accepting the nomination of the Democratic Party. The state of the union was dire. Just as we’re shifting to digital, gig-based, flexible work, Roosevelt was witnessing the collapse of the agricultural economy and its replacement by organized industrial work.

Roosevelt had a story to tell about the Depression. “Enormous corporate surpluses… the most stupendous in history” had failed to pay out to small actors in the American economy: not in higher wages, lower prices, or in dividends. Those profits didn’t go into innovation, either, but into speculation and idle investments. A massive financial bubble had built up — then burst. The speech was long on specifics — massive public-works projects, the reduction of tariffs, debt relief — in service of “a more equitable opportunity to share in the distribution of national wealth.” (Some of Roosevelt’s fellow travelers in the Democratic Party went so far as to propose a second bill of rights around economic freedoms, including the right to honest work and to a fair wage. That never took hold.)

At the end, Roosevelt comes to his “true goal,” the spiritual underpinnings of the New Deal. It’s worth quoting at length:

Our Republican leaders tell us economic laws — sacred, inviolable, unchangeable — cause panics which no one could prevent. But while they prate of economic laws, men and women are starving. We must lay hold of the fact that economic laws are not made by nature. They are made by human beings.

With two shows on the triumph and troubles of working people behind us, we wanted to think F.D.R. big, and to name a solution (or three) that might represent a new new deal, a platform in search of a candidate for working people.

Our leadoff guest was the alternative economist, historian and activist Gar Alperovitz. The story of the New Deal was the consummation of experiments tested the state level, and Alperovitz says that’s happening again. So the top-down changes happen last he reminds us — for now we have ferment at the local level in the form of cooperatives.

Forget the Sixties-era variety: 130 million Americans take part in coops of one kind or another, like credit unions, CSAs, community gardens, and land trusts. There are worker-owned farms and solar plants in Cleveland, the public purchase of power stations in Boulder, a whole new-economy coalition in our hometown of Boston. Our guest last week, Astra Taylor, asked why Uber shouldn’t work like a cooperative, too: drivers sharing a simple technological platform — and the billions of dollars that comes with it. She’s not alone.

Look down a list of EU member nations’ public benefits, and you see — again and again — a recurring per-child benefit, varying in size from 30 dollars in Britain to more than 230 dollars in Germany. Canada, too, has what is called a “child benefit.” Our guest Matt Bruenig, policy expert and pundit at the Demos think tank, has written repeatedly that an American version of the allowance — say, $300 per month, per child — could cut this country’s startlingly high rate of child poverty in half, and force a 15% reduction in adult poverty, too.

Bruenig is impatient with the knee-jerk criticism of the child allowance that it will incentivize having children. Anyway, we may need a few more kids!

Children cost about a thousand dollars a month; the benefit’s only 300 dollars a month. Doesn’t take a genius to know that’s a money-losing proposition. Beyond that we do have some studies from elsewhere in the world that tend to show that these benefits, maybe, increase fertility by 3 to 7 percent. That’s really not problematic, and if anything, given the age structure of our population and the declining fertility rates that we’ve had recently, a little bump in fertility could actually be a positive thing.

The basic income’s substantially more ambitious: cash for every citizen just for breathing. But that hasn’t stopped Switzerland from considering just this kind of annual, universal grant. (And Alaska has distributed an annual check to all Alaskans since the 1970s — and even Sarah Palin loves it.)

After the recession, basic income seems to be gaining traction on the left and on the right, after a long period of discredit. In 1969 “minimum income” was a pet policy of the Nixon administration, supported by Sen. Daniel Patrick Moynihan in his poverty-fighting mode and by the conservative economist Milton Friedman (see above). Back then the minimum income passed the House of Representatives, then died as senators quibbled over how much it would pay out and whether it’d stop workers from working.

Dylan Matthews, a policy wonk and senior editor at Vox, asks us to take a second look. He concedes it would cost “real money” — hundreds of billions, even a trillion dollars — but it could conquer poverty, strengthen low-wage workers by providing a fallback alternative to bad jobs, and finally provide something like real freedom to every citizen of a wealth country. Finally, there’s the Job Guarantee, a fundamental change in the American attitude towards work. Right now, the jobless depend on the thin and patchy safety net of unemployment insurance. Our guest, the economist Pavlina Tcherneva, proposes turning unemployment offices into employment offices, so that when you fall out of the workforce, you fall into a socially useful job: rebuilding infrastructure, urban agriculture in a food desert, and caring for kids or the elderly. It’s a Works Progress Administration for the digital age, taking its cues from social entrepreneurs and community leaders about the projects they need most.

Tcherneva’s insight is that high unemployment and social neglect tend to combine in poor neighborhoods across this country. Meaning that “we have a coordination problem” — it’s proof that our unemployment regime, as it is, isn’t working. Alissa Quart wears two hats in these discussions: first, as a poverty reporter and the editor of the Economic Hardship Reporting Project (also home to Barbara Ehrenreich and Astra Taylor), and as a poet. Quart tells us that as a child of bohemian Greenwich Village, she has a heightened awareness of how the last four decades of high capitalism have changed life on the street. And she argues for more “civic poetry,” poetry about “the hard stuff of life: money, crime, gender, corporate excess, racial injustice.” Quart points to Claudia Rankine and Juliana Spahr, to Robin Clarke’s Lines The Quarry, a poem composed from workers’ comp data. An excerpt:

Here’s Quart’s argument, and a sample of her own poetry:

Sinking It All Into

If we were arriviste

we’d have arrived all ready.

If she were a he she’d be

Her role, at this time:

With one additional purchase,

you would have purchase.

With ability to purchase

you would be talking by now.

Finally we return to the resonance of work. As Pope Francis departs, leaving a message of solidarity behind. As he spoke before a joint session of Congress, the pope addressed himself to our subjects in this series on work,

the many thousands of men and women who strive each day to do an honest day’s work, to bring home their daily bread, to save money and – one step at a time – to build a better life for their families. These are men and women who are not concerned simply with paying their taxes, but in their own quiet way sustain the life of society.

The theologian Harvey Cox was in our studio to address the figure of Francis, in hopes that his next encyclical comes on the subject of human labor and human love:

Working is part of being human. The person should be at the center of the economy, he says that all the time. Working is central to who we think we are, our worth as human beings, our making a contribution to the society. It’s just heartbreaking to the pope, and to many of us, that there are millions and millions of people all around who are yearning to work — and they don’t have jobs. As one of your guests already mentioned, 30 percent in Spain, 40% in Italy, 25% of black people living in America. They want to work not just to earn a salary… but because that’s the way you are a part of the human enterprise.

This concludes a three-part series on work in America today: from labor history to precarious work. Thanks for listening and reading along. If you like the series, please come and subscribe on iTunes or Stitcher, and send any questions, comments, or suggestions to our Open Source inbox. 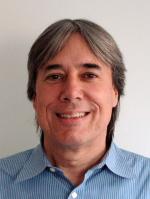