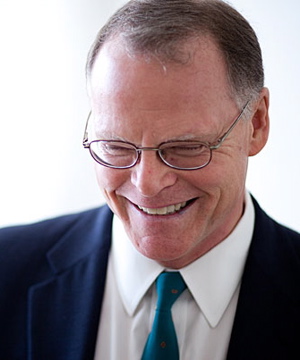 If there is a problem with Barack Obama’s thinking, his “intellectual biographer” James Kloppenberg is saying on the morning after Obama’s mid-term “humbling,” it’s not what he thinks, deep in the Democratic mainstream. Neither is Obama over-thinking his confoundingly broad assignment. Rather it may be the way he thinks, never so meticulously delineated as in Prof. Kloppenberg’s Reading Obama: Dreams, Hope and the American Political Tradition.

The teachers that critically shaped Barack Obama’s habits of mind — especially in the cauldron of social theory 20 years ago when Obama was editing the Harvard Law Review — come typically out of philosophical Pragmatism, the tradition of the American master mind, Williams James (1842 – 1910). Of James it’s been said that his first impulse on spotting an unlabeled fluid in a chem-lab beaker was to taste it — and see what happened! Pragmatism at this level is not deal-making opportunism. It is James’ spirit of experimentalism and his insistence on judging ideas, good and bad, by their results — by fruits, not roots. It is the spirit that William James’ friend in the Metaphysical Club, Justice Oliver Wendell Holmes Jr. brought to the immortal line: “The life of the law has not been logic. It has been experience.”

The leading figures in James Kloppenberg’s catalog of Obama’s mentors all share in that heritage of Pragmatism: notably his devoted law professor Laurence Tribe who preaches the Constitution not as fixed revelation but as an organic document — “a conversation,” as Barack Obama used to say in law school. The real source of that view, Kloppenberg observes, was James Madison who came out of the Constitutional Convention saying, in effect: nobody got the Constitution he wanted; what happened was that we all learned to think differently as a result of the process of having to confront each others’ ideas. “I think,” Kloppenberg says, “that is how Barack Obama sees the democratic process.” John Rawls was another huge influence in the near background of Obama’s Harvard education — as Rawls’ masterpiece, A Theory of Justice, evolved into an understanding that a pluralist democracy is built not on unchanging principles but on “an overlapping consensus” around conflicting doctrines. In a different dimension but not far removed, Obama’s Chicago pastor, now eclipsed, Rev. Jeremiah Wright showed Obama a non-dogmatic Christianity: a transcendent God and a zeal for this-worldly activism, but not a direct answer to every political question.

Dominant threads in the skein of Obama’s thinking, in the Kloppenberg reading, are experimentalism, the rejection of dogma and ideology, Christian humility ahead of Christian militancy, skepticism and the embrace of philosophical uncertainty. It seems fair to ask if Jim Kloppenberg is describing the ideal attributes of a judicial mind but not of a political captain in howling storm. Has Barack Obama become Robert Frost’s caricature liberal, “too broadminded to take his own side in a quarrel”? Jim Kloppenberg would turn it into questions about us citizens: can American politics deal with more than a short litany of selected slogans out of our past? Are we capable of embracing a modern man with a modern mind?

Humility is not a virtue we associate that much with the Christians who call themselves Christian most loudly in 21st century America. So I think we have difficulty understanding him because he doesn’t have the same confidence that he’s got the answer that many Americans expect their politicians to voice, perhaps even to believe. And it seems to me a mark of his maturity — his self-consciousness, his sophistication as a thinker — to know that these are issues about which reasonable people may disagree. Now, that may not serve him very well in the era of Fox News, when what the people who attract attention like to do is simply shout louder than the other person and declaim, with ever more self-rightousness, that they are the only ones who have the answers…

When people treat Obama’s discourses on the importance of equality as somehow un-American or socialist, they’re betraying what I see as a really frightening ignorance of what was striking to contemporaries in the late 18th century about American politics. When European observers came to the United States, what struck them more than anything else was that outside the slave South, there was very little difference between the most prosperous and the least prosperous Americans. Compared to European nations, this was the nation of economic equality. When Thomas Jefferson goes back to Virginia after writing the Declaration of Independence, the first thing he does is to file legislation in the Virginia House of Burgesses ending primogeniture and entail, which were the tools by which European aristocrats kept intact their fortunes, so that they passed down to the first born son. Jefferson, Adams and Madison understood that, unless there were rough economic equality in the United States, a democratic form of government would not survive… 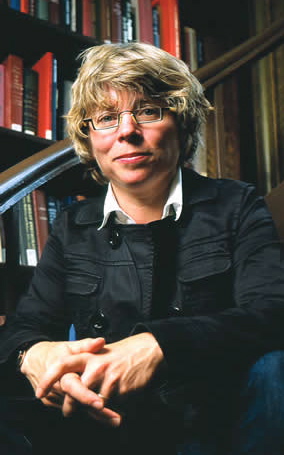