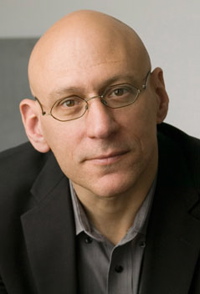 David Shields practices what he preaches. Aphorisms in the Nietzsche manner are the coin of the literary realm that surfaces in his manifesto, Reality Hunger. In conversation, aphorisms seem to come as naturally to David Shields as fugues came to J. S. Bach:

So much of the gesture of my book is about rescuing nonfiction as art.

Why can Finnegans Wake be a tissue of citations and quotations without reference? Why can so many poems — whether it’s “Paradise Lost” or “The Wasteland” — be tissues of citation? James Joyce famously said, “I am quite content to go down to posterity as a scissors and paste man.” The 1812 Overture has buried within it the French national anthem. Writers, composers and visual artists from the beginning of time have endlessly appropriated each other’s work. It’s only now in our extraordinarily literal-minded and litigious society that we absurdly have the lawyers telling the artists what they can’t create.

Two of my bêtes noirs are Ian McEwan and Jonathan Franzen. I use them because they’re relatively easy and large targets. You know, they’re both highly praised and commercially successful writers whose work bores me beyond tears. They’re antiquarians to me. They’re entertaining the troops as the ship goes down. They’re just utterly devoted to a 1910 version of the novel, pre-James Joyce essentially. To me it’s pure nostalgia that people find such works of interest. It’s essentially an escape from the thrillingly vertiginous nature of contemporary existence to retire and retreat into the cocoon of the well-made novel.

It seems to me obvious that in 20 years or less there will not be publishers. It’s hard to believe there will be these brick-and-mortar buildings, and someone will take a book, publish it, send it to a warehouse New Jersey and then to Denver on the off chance that a Denver bookstore wants three copies and when no one wants it, will mail those books back to New Jersey. It’s just a completely irrelevant model.

Somehow the remix is what we want. There’s a wonderful line in my book by Adam Gopnik where he talks about something that is really a beautiful statement of the kind of art that we’re talking about. And Gopnik says, “It may be that nowadays in order to move us, abstract pictures need, if not humor, then at least some admission of their own absurdity, expressed in genuine awkwardness or in an authentic disorder.” Gee, those are marching orders for me.

After writing Moby-Dick Melville wrote to Hawthorne and said, “I wrote a wicked book and feel as spotless as the lamb.” That should be the goal of every writer.

Nietzsche said, “I want to write in ten sentences what everyone says in a book, or rather, what everyone else doesn’t say in a whole book.”

There’s something about the very nature of compression and concision that forces a kind of raw candor. So I would say Nietzsche, Pascal, Rochefoucauld, Sterne, and Melville are giants to me. And you could see them as in a way — and this’ll sound absurd — but they’re kind of bloggers, you know? They’re writing down stuff.

We’re here on the planet. Let’s try to figure out a little about our existence. I’m going to tell you how I solve being alive right now. So listen up.

I have no consoling religions, no consoling god. We are existentially alone on the planet. We can’t know what each other is thinking and feeling. I want art that builds a bridge across that abyss.

Walter Benjamin says all great works of literature either dissolve a genre or invent one. That is tattooed to my forehead.

What I love about [my students] is their impatience, their Attention Deficit Disorder, their hunger, their weariness with formula, their desire to have voice just command them, and how little the Dickensian model holds for 2010.

We’ll all be dead in 50 years, perhaps less. Here’s our chance to communicate with each other. Bring the pain.

David Shields in conversation with Chris Lydon at Brown, March 17, 2010.

David Shields is a name-dropper, too, who incites name-dropping in others. In an hour’s conversation, we referred to these, among others, in alphabetical order: