Mary Karr, the poet and ever the “scrappy little beast,” gives me three more reasons to marvel, and cherish her, in her third memoir. Lit, after The Liars’ Club and Cherry, is the story of drinking her way to Catholicism, sobriety and more writing. Her title refers, she says, to the things that lit her early mid-life: spiritual practice, Jack Daniels and Literature. 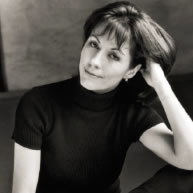 I love, first, the company she keeps. Her writing group, her list of literary familiars, encompasses the best: Augustine, Cavafy, Faulkner, Brooks Haxton, Homer, Thomas Lux, Milosz, Milton, Nabokov, Shelley, David Foster Wallace, Tobias Wolff, Franz Wright. And she talks convincingly, with rapture, about the “community of the word” that has sustained her.

It’s the cathedral. I was totally without any kind of faith–I didn’t have a mystical bone in my body growing up. I thought God was like the Easter Bunny, I was probably in the fourth grade before I realized that people were really serious that they believed all this stuff. But I believed in the church of poetry. I believed that it was Eucharistic. You take someone’s words into your body–it is like you take their passion, their suffering into yourself–and you’re changed by it. You know, Shelley would say that the feeling humanizes you more, but you become in Cavafy’s phrase a “citizen of the city of ideas.” I was a very lonely, strange little girl in a kind of backwater town. You know, I had a crush on J. Alfred Prufrock, I mean I was a pitiful little thing. Of all the people. The other girls were ogling the lifeguard at the pool and I was saying “indeed” to try to sound British. So I was a little misfit, and getting to read these writers, these poets mostly, it was majestic. It was magnificent… You can have the entire artistic experience in one sitting, in one mouthful, in one moment.

I love, second, her catnip connection with kids younger than my kids, adventurous girls especially.

Girls will be foolish about boys. They’ll write a guy’s name on their notebooks over and over. And they’ll also go on great adventures and slaughter monsters from island to island and, like Odysseus, they’ll come home by leaving home. They will come into themselves. They will come to.

I love, third, her hard-won wisdom about memoirs, that first the writer has to get over one’s self and make room for something else:

I think if you’re working on a memoir and your main antagonist is not some aspect of yourself then you’re probably in the wrong business. You probably ought to be writing fiction or something else.  If you’re writing because someone did something to you, you are fighting the wrong dragon. A really great memoir has some aspect of self as the antagonist. In Tobais Wolff’s This Boy’s Life, his step-father did beat the crap out of him but it is an interesting book because Toby is trying on different costumes…throughout the book he puts on one male costume after another. It is about trying to be a man.