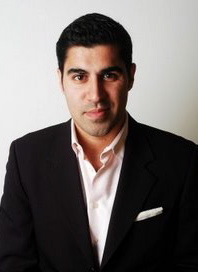 Everybody’s homework assignment this week is, first, to absorb Parag Khanna‘s breathtaking revisioning of the United States in the world, and, second, to add your comment on the late great American Empire. Can it have come and gone so fast? Parag Khanna will join us in class with James Der Derian, the master of global security and media studies at Brown, on Thursday afternoon. 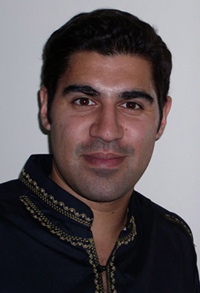 Parag Khanna: Who Shrunk US Power?

Parag Khanna’s scorecard-lineup of the “post-American world” is more striking for appearing counterintuitively in the safe, smug New York Times Sunday magazine. Five years ago in the same spot, Michael Ignatieff’s version at the start of the Iraq war was titled: The American Empire: Get Used to It. The headling on Parag Khanna’s piece was Who Shrank the Superpower? (Answer: GWB and “imperial overstretch.”) The main points, Letterman-style, might be these:

10. The Big Three in the real world these days are China, the European Union, and with a worrisome limp, the U. S. of A.

9. The big-name non-contenders are Russia, Islam and India.

8. The swing-states out there are the nations of what Parag Khanna calls “the second world.” Think Malaysia, Morocco, Venezuela, Vietnam, Turkey, Brazil, Kazakhstan: nations not of the First nor the Third World, but a mix of both: places often with their own “fissured personalities.” Their primary interests seems to be economic inclusion and self-development. Their acquired skill is in playing several angles of international politics at once. “Right now,” writes Parag Khanna, “from the Middle East to Southeast Asic, the hero of the second world — including its democracies — is Lee Kuan Yew of Singapore.”

7. Our American cultural power is declining with our political charm.

Many poor regions of the world have realized that they want the European dream, not the American dream. Africa wants a real African Union, like the E.U.; we offer no equivalent. Activists in the Middle East want parliamentary democracy like Europe’s, not American-style presidential strongman rule. Many of the foreign students we shunned after 9/11 are now in London and Berlin: twice as many Chinese study in Europe as in the U.S. We didn’t educate them, so we have no claims on their brains or loyalties as we have in decades past…

6. China is the counter-broker of what we have thought of as our unanswerable power. As in: “Every country in the world currently considered a rogue state by the U.S. now enjoys a diplomatic, economic or strategic lifeline from China, Iran being the most prominent example.”

5. Globalization is a three-way street.

” Globalization is not synonymous with Americanization; in fact, nothing has brought about the erosion of American primacy faster than globalization… The second world’s priority is not to become America but to succees by any means necessary… the new reality of global affairs is that there is not one way to win allies and influence countries but three: America’s coalition (as in “coalition of the willing”), Europe’s consensus and China’s consultative styles. The geopolitical marketplace will decide which will lead the 21st Century.”

4. Russia — being bought out by Europe even as it becomes a petro-vassal of China — is reduced to being “the ultimate second-world swing state… For all its muscle flexing, Russia is also disappearing. Its population decline is a staggering half million citizens per year or more, meaning it will be not much larger than Turkey by 2025 or so — spread across a land so vast that it no longer even makes sense as a country.”

3. Hugo Chavez in Venezuela signals an ideological awakening in Latin America, but Brazil marks out an even more important structural shift in China’s direction, virtually a “strategic alliance.”

Their economies are remarkably complementary, with Brazil shipping iron ire, timber, zinc, beef, milk and soybeans to China and China investing in Brazil’s hydroelectric dams, steel mills and show factories… Latin America has mostly been a geopolitical afterthought over the centuries, but in the 21st century, all resources will be competed for, and none are too far away.

2. “Despite the ‘mirage of immortality’ that afflicts global empires, the only reliable rule of history is its cycles of imperial rise and decline, and as Toynbee also pithily noted, the only direction to go from the apogee of power is down.”

1. We have very little time to adjust our thinking and our policies. “Maintaining America’s empire can only get costlier in blood and treasure. It isn’t worth it, and history promises the effort will fail. It already has.”