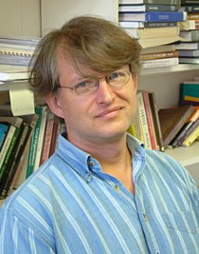 Patrick Heller was 16 years old, a school boy, when his Swiss parents moved to New Delhi in the late 1970s. India became his school — his inescapable “ethnographic experience” of second-class trains; overwhelming heat and color; radical poverty and welcoming, curious people. India made Patrick Heller a social scientist and has presented itself ever since as a measure of the strange, swift ways that social orders change.

Kerala, for example, the far-southern state in India that has become a Heller specialty, had the most brutally exploitive caste rules in India well into the 20th Century. An “untouchable” could be punished for walking closer than 27 feet from a Brahmin. Untouchable women were not allowed to cover their breasts. Yet Kerala today, after a sustained “perfect storm” of reform movements, has the highest literacy (95 percent) and life-expectancy (73) and the most effective healthcare in India. The chief justice of India’s Supreme Court was, until a month ago, a Dalit (formerly untouchable) from Kerala.

In conversation, Patrick Heller is sampling for us the varieties of Indian evidence in 2010. The Indian Premier Cricket League, playing a condensed, TV-friendly version of the British colonial game, is one nutshell of the New India’s skill at marketing both innovation and tradition. Another capsule is the confirmed finding that 47 percent of all India’s children today are malnourished. So here is the under-an-hour sum of the all-questioning “Year of India” on the Brown campus — also of Patrick Heller’s third-of-a-century eye on India.

Back in the 1970s when I first went to India, India couldn’t produce much of anything that was competitive in global markets… Today, you go to Bangalore where Infosys and these extraordinary industrial parks are at the cutting edge of the global economy, people are walking around in jeans and drinking Coca-Cola, and listening to rap. They’re more connected to Los Angeles than they are to the rural areas of Karnataka, the state in which Bangalore is located. This is where you see the split. Bangalore is the poster child of the new IT economy, but if you look at the patterns of hiring in Bangalore, most of the hiring is still in the upper caste groups. The groups that are benefiting from these new job opportunities and new consumption patterns are urban, English-speaking upper-caste groups for the most part… The population [of Karnataka] is over 60 million: roughly the size of France. Bangalore is growing and glowing, but the rest of Karnataka is not doing well. Rural Karnataka is still extraordinarily poor, and some people argue that the two are actually connected in that Bangalore is attracting all the resources. A lot of public monies are going into building the new infrastructure for the Infosyses of the world, for this new IT economy — monies that are not building wells or primary schools in rural Karnataka. So there are trade-offs.

Are we entering the Century of India? I am reminded of Rana Dasgupta‘s observation on Open Source last Fall that “at a time when the new major economic growth prospects are in countries that look more like India than they do like America, Indians will be an incredibly mobile and flexible work population.”

One is language. Indian elites speak great English, they’re well-versed in literature, and so in terms of ‘cultural capital,’ they’re extremely well-equipped, and much better equipped than say, their Chinese or Brazilian counterparts. That’s a huge advantage, part of the explanation why India’s done so well in this niche of outsourcing services and the knowledge industry…

Second, democracy is in their blood, they’ve practiced it for 60 years as a nation, and they’ve been innovative. So they understand the rule of law, they understand basic liberal ideas of pluralism, of deliberation, of engagement, of respecting certain fundamental rights.

And third, they know capitalism…. To this day, 91 percent of India’s economy is in the so-called informal or unorganized sector… Of course, this is a history that goes back millennia, but in the modern era, India has always been a vibrant market capitalist economy. Yes, a lot of regulation at the top, and it’s true that some sectors were state-dominated. But anyone who has actually traveled to India and seen a real market, be it a labor market or a vegetable market, knows that this is not Communist China or even Europe. It’s totally unregulated. So the practice and culture of free enterprise and capitalism are in the blood of Indian elites. This idea that we could export entrepreneurial knowledge to India to me is just a new kind of Orientalism.

Patrick Heller in conversation with Chris Lydon at Brown, June 4, 2010.