James Fishkin‘s ideal democracy is ruled by “the voice of the people, when they are thinking.” 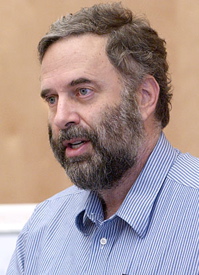 A political scientist long at the University of Texas, now at Stanford, he is the Johnny Appleseed of “deliberative democracy” — in Europe, Australia, China and even in Texas, where his process of open representative decision-making chose windmills over oil as the preferred source of electrical power. If Jim Fishkin had his way, every primary state and perhaps the whole country would stop the music for a Day of Deliberation before any campaigning began. His mission is to fit the care and consideration of our Founding Elitists with the egalitarian idea of our mass democracy. “The Federalists were right that you need a small body,” he remarks in our conversation. “They were wrong that the people couldn’t do it.”

This is the spirit behind Jim Fishkin’s report card on the wondrous presidential campaign of 2008. On his three principal measuring sticks — participation, equality and deliberation: 1) a high turnout and the mobilization of minorities and younger voters will get high grades; 2) the iron cage of an “18th Century trap,” the Electoral College, still effectively disenfranchises most voters in all but a handful of battleground states; and 3) the economic meltdown that has framed the climax of the campaign and tips it heavily toward Barack Obama has made strangely fleeting contact with the spoken discourse.

Look at the 750 billion dollar bailout. The campaign dialogue has not connected with any of the real policy alternatives. The bailout was posed as the need to buy up toxic assets. In fact, very quickly, and in part because of the example of Gordon Brown, the strategy has changed completely. So the government is buying non-voting shares and preferred stocks in banks. And now it turns out the banks aren’t spending the money; they’re using it to buy up other banks to provide a cushion. We’re launching on the most extraordinary expenditures without a real consideration of the policy alternatives. And that dialogue, whatever it is, among policy elites has not penetrated the campaign discussion of the economy. The campaigns focus on who is going to cut your taxes more and earmarks, which are a tiny part of the budget. So there is an unreal… disconnection about the crisis.

Jim Fishkin finds much to celebrate about 2008: most memorably the bravura Obama performance but overall the air of experimentation, the talent for technical innovation, the vitality of YouTube and the Huffington Post, the alternative sources of power that keep opening up in this society. He reminds us, too, that we practice our politics in a global fishbowl:

Let me tell a little dialogue I had in China about this. We did a little deliberative poll in China at the local level where we actually used it to make decisions about what infrastructure projects to build in a city in China. The party elites thought that the public would like all of these image projects: super highways and a fancy town square. Instead what the people wanted were sewage treatment plants. They wanted clean water and an environmental plant and a people’s park for recreation. And they got exactly what the deliberative poll offered. So it was, in a way, a perfect realization of deliberative democracy without party competition, at the local level of course.

We had a big banquet with the local party leader at the end, celebrating it, and so he turned to me and he said, “See, we don’t need your Taiwanese style… party-competition democracy.” I said, “I think party competition would be a good idea for your democracy.” He said that we don’t need it. He said, “Look, even in your own country does your vote count?” I said what did you mean, and this took my breath away because I had no idea he was so well-informed. He said, “Do you live in a swing state?” I said, “I live in California.” He said, “See, your vote doesn’t count.” And then he said, “Is your congressional district gerrymandered?” I was really flabbergasted. He said, “See, your vote for congress doesn’t count either. But here we implement your ideas perfectly.”