When Rilke was dying in 1926 — of a rare and particularly agonizing blood disease — he received a letter from the young Russian poet Marina Tsvetayeva. “You are not the poet I love most,” she wrote to him. “‘Most’ already implies comparison. You are poetry itself.” And one knows that this is not hyperbole. That voice of Rilke’s poems, calling us out of ourselves, or calling us into the deepest places in ourselves, is very near to what people mean by poetry… He induces a kind of trance, as soon as the whispering begins…” 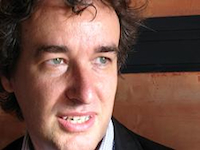 Damion Searls, the precocious story-writer, translator and trend-maker, is our conversational guide here in digging up old gold and present-day power in the poetry of Rainer Maria Rilke. Often bracketed with Yeats at the pinnacle of European poetry in the 20th Century, Rilke makes an even better pair with Walt Whitman as the irresistible great poet for everyone.

From The Inner Sky, “poems, notes, dreams” that Damion Searls has selected and translated, we are reading Rilke fragments that can make one gasp on a first hearing. I like specially, for example, these “Notes on the Melody of Things,” which snuck up on me six weeks ago and induced just the sort of trance Robert Hass recounts:

VII. There are, in fact, moments when a person stands out from his grandeur in clarity and silence before you. These are rare festive pleasures that you never forget. You love this person from then on. In other words, you work to retrace with your own tender hands the outlines of the personality that you came to know in this hour.

VII. Art does the same thing. For art is a farther reaching, more immodest love. It is God’s love. It cannot stop with an individual, who is only the portal of life itself: it must move through that individual. It cannot tire. To fulfill its destiny, it has to appear where everyone is — a someone. Then it bestows its gifts on this someone, and boundless riches come over everyone. 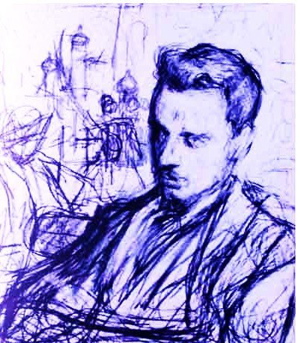 Rilke has a history, of course, but it hardly seems to matter. He was born in Prague in 1875, the German-speaking only child of a unhappy family in what was then the capital of Bohemia. In Proust’s Paris, Rilke became a sort of all-around aesthetic apprentice of the sculptor Rodin. Rilke’s mistress Lou Andreas-Salomé — who’d been Nietzsche’s mistress and later a confidante of Freud’s — took him to Russia to meet Tolstoy. So he had familiar access to the giants of the fin de siecle, and still his writing seems to come from beyond time and space, as in the legend that his masterpiece “Duino Elegies” were “dictated” to him by an angel in a final 3-week frenzy of writing in 1922. Rilke’s writing is continually turning up cards we’ve seen in his work before: theories of “space” and “sky,” mirrors and roses, girls in a game “as if set on fire by something godlike,” death, loss and longing, but also praise in those famous elegies: “Tell us, poet, what do you do? — I praise.” But it remains the great lure and beauty of reading Rilke that his meanings are not reducible, not readily transcribable into any other context. To take another of those “Notes on the Melody of Things,” might we hear this as a comment on intimacy? on globalization? perhaps on the American war in Afghanistan:

XI. Art has accomplished nothing, except to show us the confusion in which we already find ourselves most of the time. It has frightened us, rather than making us quiet and peaceful. It has shown us that we all live on different islands, only the islands are not far enough apart for us to stay solitary and untroubled. Someone on one island can pester someone on another, or terrorize him, or hunt him with spears — the only thing no one can do to anyone else is help him.

“Notes on the Melody of Things,” in Rilke’s The Inner Sky, Damion Searls, translator.

All I really know on an early acquaintance with Rilke — “when a person stands out from his grandeur in clarity and silence before you” — is that I want to keep reading him for the rest of my life.