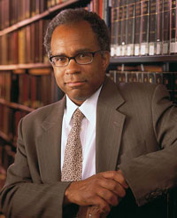 A conversation with law professor Randall Kennedy the other night began with his new book Sellout: the Politics of Racial Betrayal . It turned quickly to Barack Obama and ended with a Sam Cooke lyric: “A Change is Gonna Come.”

The dread of “sellouts” in black America is the holdover anxiety of a people with (as the paranoids say) real enemies — from slavery time but also in modern memory when the FBI inflitrated the civil rights movement and the Black Panther Party with paid informants, as the FBI had also planted spies in Marcus Garvey’s movement. Randy Kennedy’s plea — fired in part by his own unhappy experience with a book titled Nigger — is for some expansion of the boundaries in the discourse of changing times. And then along comes Barack Obama in the presidential campaign, smashing categories and changing definitions — of “race men,” among other things — until our heads spin, including Randy Kennedy’s.