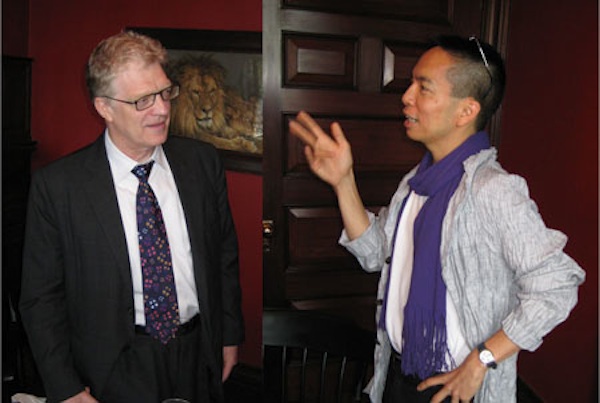 John Maeda, the new president of the Rhode Island School of Design, has said his wants his job to be “something delivered live as a kind of open conversation with the RISD community and the world.” At our own joint site lydonmaeda.com, we are embarking on our own digressive ramble around whatever topics pop up — a few of them referenced in the visuals here. You are cordially invited to join the conversation with a comment, or with suggestions as to where we go from here.