What the “Yes I Can” president wanted most of all was to bring together a robust democracy in spirit if not every line of substance. What he ran into was a rockslide of revolt and a singular embodiment of it: a three-ring circus of a successor, Donald Trump, who seems to be the very opposite in tone and temperament of Barack Obama.

Of course, many of us, like Marilynne Robinson, beloved novelist and personal friend of the president, will miss a lot from Mr. Obama. Robinson says the transnational aspects of Obama embody the very best in us, and, she tells us, “Our refusal to acknowledge him as he was really is a refusal to acknowledge ourselves as we are.” Robinson speaks of Obama as a “saintly man” with an impossible job:

This idea of the transformative leader, I think that that Obama is smarter than that. He knows that change is incremental and that it is collective. But what liberals tend to do–and I call myself a liberal under every possible circumstance, I’d put it on my headstone–but what they tend to do is create some ideal that nobody could live up to and then diminish what is good, what is accomplished by comparison with this almost childlike, supposed expectation. It’s no way to run anything.

Bromwich, Sterling professor of English at Yale, sees Obama differently. Bromwich was a supporter in 2008, but in 2009 became a skeptic who saw serious limits to the man’s gracious style:

…you can’t keep giving that reconciliatory post-war speech with a euphemistic and gentle rhetoric appropriate to a magnanimous victor in a war. Obama wanted to be the magnanimous victor and conciliator before he even fought a contest… and that’s a temperamental quirk so strange…. a fixed, false idea that he could be the unifier.

Nathan Robinson and Randall Kennedy join us to hash out the meaning of the Obama years in the context of the inauguration. What Jeffrey Sachs didn’t much want to talk about was the double biography I want to read someday… of the semi-science and fumbling art of economics in our times, in the lives of two powerful players born 25 days apart in November 1954. One the son of a Detroit labor lawyer, the other with the blood of two Nobel Prize economists in his veins. Both Harvard Ph.D.s, both tenured on the Harvard faculty in their twenties. Lawrence Summers went on to play Wall Street’s brain inside the Clinton White House, masterminding the deregulation of the US economy; and then he got to bounce the wreckage around in the Obama White House. Jeffrey Sachs became a world-traveling “clinical economist.” I always picture this earnest listener and charmer in a white coat, carrying black bag and stethoscope, confronting hyper-inflation in Bolivia in the mid-80s (when I first started interviewing him), attempting shock-therapy on Poland and Russia on the way out of Communism, checking the fever pulse of growth in China, controversially advocating The End of Poverty (2005) in Africa through direct aid that wasn’t very available, or fashionable, by then. Oh, yes, along the way Larry Summers became president of Harvard, which was Jeff Sachs’ cue to leave for Columbia and build the Earth Institute.

What Jeffrey Sachs is venting — with more passion and dismay, I think, than he’s written in The Price of Civilization — is how “unnerved” he feels at the shrinking of the “commons” over his professional lifetime, at the scary decline of American confidence and what used to seem the standard civic virtues in a great republic. The defining promise of Sachs’ boyhood in Oak Park, Michigan was JFK’s goal, “before this decade is out, of landing a man on the Moon and returning him safely to the Earth.” He is doubting in our conversation that we could find our way back to space today, unless the project was “shovel-ready” and we could get there with a quick-stimulus “surge to the moon.” It was a turning point this past summer when he realized he’d made 22 major conference stops and policy summits abroad without once seeing an American official. The clinical economist has come home to find out where his country went.

I decided, it was a conscious decision of course, that I would work in poorer countries. I would work on the challenges abroad where I thought the needs were greatest. I felt so confident, happy and secure that this wonderful home base of mine was on its way; democracy was secure, and our economy and prosperity were secure, and our fairness as a society would grow over time. We were an adventure, it seemed, in ever-increasing inclusiveness, more expansive definitions of equality. In other words, I believed that America was just a wonderful place to live, to teach, to raise a family and that in terms of my skills as an economist, I could apply them elsewhere.

I watched the decline first of international US leadership, probably with more of a front row seat than perhaps almost anyone else in this country. I’ve seen a lot. But what I’ve seen over time is this gradual retreat of American will, leadership, morals, guidance in the world. Watching what was happening abroad, where it was war all the time, but where, when it came to issues like hunger or poverty or climate or environment, the US was increasingly scarce and finally nowhere to be seen. Then, in the last ten years the economics became even more of a sense of worry. So for me this grew, first watching the international retreat from leadership, and bemoaning that, because I believe we can solve problems. That’s my basic view of life, which is that good thinking, good spirit, good ethics, good institutions can solve real problems. And we stopped doing that abroad, and then increasingly it became clear we stopped doing that at home…

There’s no question whom I’m rooting for in that double biography. I’m reminded that Mary McGrath, who produced our show The Connection, used to say after every Jeff Sachs appearance, “for my money, he can run the world!” Jeff Sachs takes his hits especially in the arguments about aid and trade as remedies for a starving world. But I’ve always taken him straight as a man of passion and the best of American good sense, ever a work in progress, comprehensively observant, fundamentally enthusiastic. And I take it seriously that he’s so worried about us. 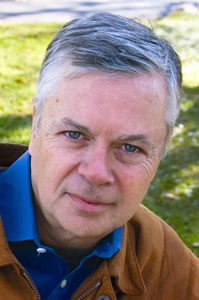