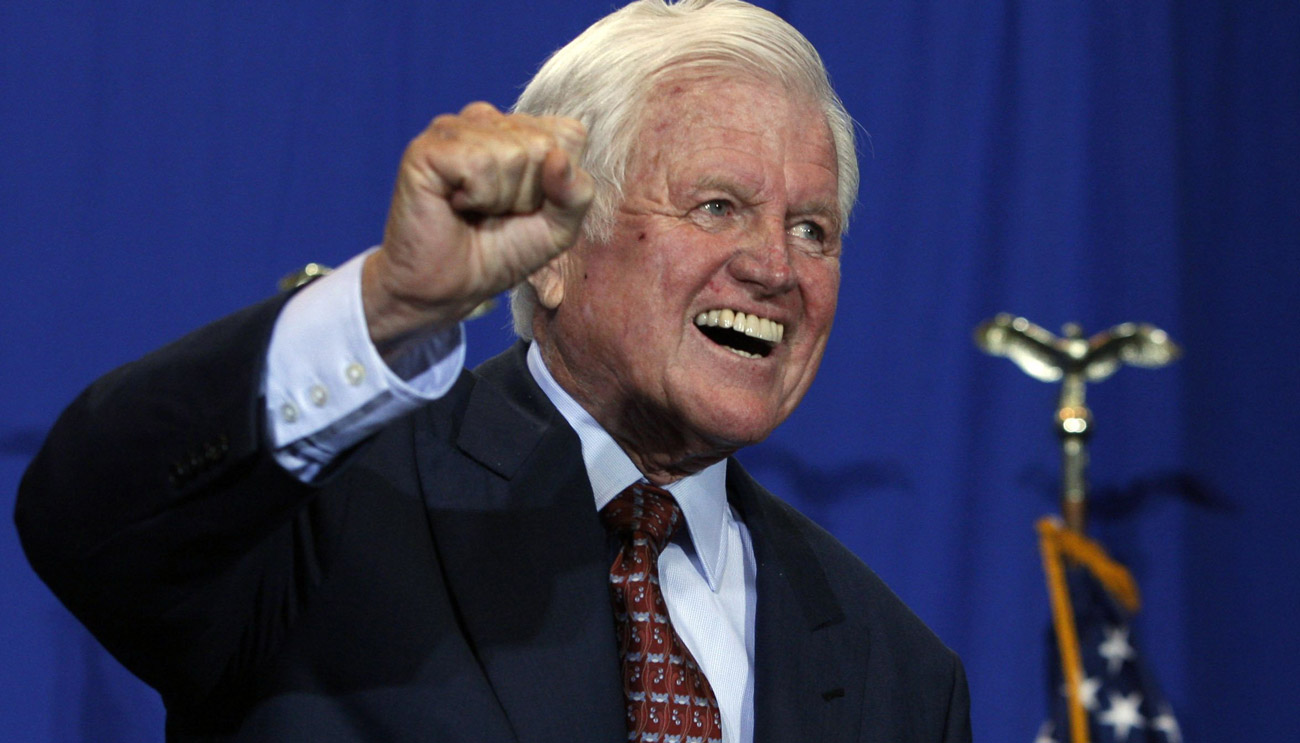 The son of a gun kept getting up. The baby among the Kennedy brothers got the only long lifetime in politics. He suffered unspeakable losses and contributed blunders of his own — cheating in college, toying with the life of Mary Jo Kopechne. Just imagine any of this happening to you or me: oldest brother dead in a war plane; his two political partner brothers shot by assassins; himself nearly killed and never again out of a back brace and awful pain after a plane crash 45 years ago. I happened to be standing (on newspaper duty) near Ted Kennedy, next to Richard Nixon, at Senator Allen Ellender’s burial in Louisiana in 1972 when the last salute burst forth in a crackle of rifle fire. Kennedy, in uncontrollable panic, collapsed on the ground. And then, alone in his embarrassment and recovery, he picked himself up.

He didn’t just keep getting up. He got better at the many complicated jobs he had: Senator, surrogate father, custodian of a legend, a sort of Napoleonic general of liberal values in America. He got humbler, and tougher. He got surer and more visionary all the way. It thrills you now to know that he judged his stand against authorizing the Bush war in Iraq “the best vote I’ve made”– 40 years into his job, only seven years ago.

As kids we were tickled when Eddie McCormack told him to his face in 1962 that “if your name were Edward Moore, your candidacy would be a joke.” Ted’s first premise in politics was obnoxious. The slogan in 1962 was: “He can do more for Massachusetts,” because his brother was president of the United States. Eddie McCormack was right. But the Democratic voters of Massachusetts made the wise choice. Kennedy himself liked to quote a mill-worker in Boston who told him on a factory visit in that first campaign: “They say you never worked a real job in your life? Let me tell you something: you haven’t missed a damned thing!” And then Ted buckled down to nearly five decades of a mission that reset the standard for both professionalism and passion in public life, with far the best personal staff and the best political instincts that anyone can remember in the U. S. Senate.

Let’s remember him as encouraging evidence that redemptive energy — grace beyond individual courage — underlies the life of a man and a country. Ted Kennedy will do as a sort of proof of Hemingway’s line that “a man can be destroyed but not defeated,” as he can also be defeated and not destroyed.

Found this in my inbox this morning. Dude it’s 2 AM, I have an ER full of cretins. I have one guy who is a drunk crackhead who had a...