The Age of Shuffle

The Age of Shuffle 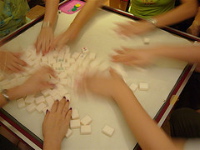 Thanks to Nother for a big poke in the iPod direction back in October.

The iPod turned five in October, which came as a dual shock to a lot of people. “It’s only been five years? I don’t remember life without you!” is, in the emotional geography of time, not that different from “I still recall the day we first met!” A lot has changed in those five years. We walk around with white umbilical cords, now. We listen to playlists, not albums. We carry entire music libraries (not to mention podcasts, videos, movies, pictures, contacts) in our pockets. We (well, some of us) actually pay for digital music at the iTunes store.

But it’s likely that the iPod’s most lasting cultural contribution won’t be the little machine itself but the novel way we approach the data we keep in it. As Steven Levy noted in his recent celebration of all things iPod, The Perfect Thing, Apple realized that the vast majority of iPod users choose the shuffle function as their default setting, meaning that most people are happy to listen to whatever songs come out of their iPods in whatever order. And if shuffled iPods rule earphones, “Jack” radio stations — the randomized, no-DJ, fastest-growing radio format in the country — are ruling car stereos. Two years ago Dan Hill, the super-smart blogger behind City of Sound, picked up on the reverberations of this randomness in a great, rambling essay about the iPod Shuffle:

I think the preference for randomness may also be about something else though – the increased preference for collage. Much of the 20th century’s art and culture could be seen as tending towards collage in form (e.g. photomontage, cubism, pop art, tape loops, multitrack recording, hip-hop culture, sampling, mixtapes, Ocean of Sound, filters, quotations, hyperlinking, blogging, Photoshop, layering, aggregators, adaptation, recombination, reappropriation etc.).

He goes on to quote Brian Eno from a 1995 Wired inteview: “This is why the curator, the editor, the compiler, and the anthologist have become such big figures. They are all people whose job it is to digest things, and to connect them together.”

But I wonder what Eno would say today (we hope to ask him), and whether this shuffle era represents something different, a revolution of sorts in which the cult of the curated is being (has been?) replaced by the cult of the random. Isn’t there a big difference if your mix is chosen by an algorithm — random or not — instead of a fellow human being? Is the age of the anointed cultural selector over, for better and for worse? Are we watching what happens when we cede control of our cultural choices to a Cupertino-based randomizing function?

And isn’t this a curious time to talk about ceding control in any realm? Wasn’t 2006, whose person of the year was YOU, supposed to be about user-generated content, “we media,” hyperlocal journalism, and, crucially, personalized RSS feeds? What does it mean that we — the great aggregate of yous, who now have unprecedented power to craft our own cocoons of what we read, write, watch and hear — are increasingly eager to enlist an algorithm to help us out?

Should we let our iPod Shuffles accept our Time award on our behalf?

Author, The Perfect Thing: How the iPod Shuffles Commerce, Culture, and Coolness

Professor of media and film studies, University of Sussex

Dan Hill, The rise and rise of shuffle mode , City of Sound, January 11, 2005: “I love the white-knuckle ride of random listening.”

Matt Patterson, On iTunes and random play, Reprocessed, June 29, 2004: “I find myself thinking that iTunes/iPod has just made a ‘good choice’. Obviously, I’m assigning a high degree of agency to my iPod here, and it’s not really making subjective choices, but whatever algorithim it’s using is well-enough crafted to have me fooled.”

Mike Kuniavsky, iPod shuffle animism, Orange Cone, October 10, 2006: “[The iPod] shows how easily we slip into animist explanations when we can’t understand how something works.”

Clarence Rosario, ShuffleLog Makes It All Go Away, ShuffleLog, September 14, 2006: “I’ve got 613 songs in my iPod right now, so I figure that should keep me entertained for weeks. But is there a ghost in the machine?”

Something that came up that I thought might be a problem . . . is that Steely Dan, in particular, kept coming up more often than it should. Within a couple songs, it seemed, of every shuffle, there would be a Steely Dan song, and than a few later another one, and then a few later then there’d be another one. And I’d go, “Gee, it’s just not represented to that degree in my music library. Why is this happening? Could it be that the random shuffle, which is touted to be totally random, right, really isn’t random?

In fact, the machine is amazingly potent. The magic of the machine that contains your musical identity in your pocket is something which most iPod users describe in revelatory terms. So this notion of the potent object is quite important, I think. But I think the interesting thing is can users manage the potency of the machine. That is, how would do decide which songs of 1,300, 1,500, 2,000, to listen to. How can you actually incorporate that in a kind of a way of listening. So one response to that is to let the machine do it for you. You give yourself over the shuffle because actually, the machine is so powerful that it’s quite difficult for you to manage it in any other way. It’s a struggle, if you like, between the power of the machine and the power of the cognitive process of the user, to in fact manage the machine.

[Pandora launches] off on this sort of serendipitous listening experience — driven by musical properties, so it’s not based on popularity – and then let the listener react to what they’re hearing. You can actually, as the station plays, gives songs thumbs-up or thumbs-down, and that sort of further refines the playlist as if you were talking to your musical expert friend.

I think the fact that the shuffle came along was a logical progression from where the iPod were. In a burst of enthusiasm you rip your first 50 CDs onto the iPod, and then you get tired of them, and the next way to make it fresh is to do Shuffle. It makes total sense. I don’t think that represents some significant change in the ADD incidents . . . I think it’s getting tired of the same songs in the same order. I don’t think that’s anything new. I think what inspires someone to action is a combination of experiencing a song that just makes you feel so profoundly and those things that are sublime moments in your life, it makes you want to figure out how that’s done and do it yourself, and sharing that experience with somebody else. 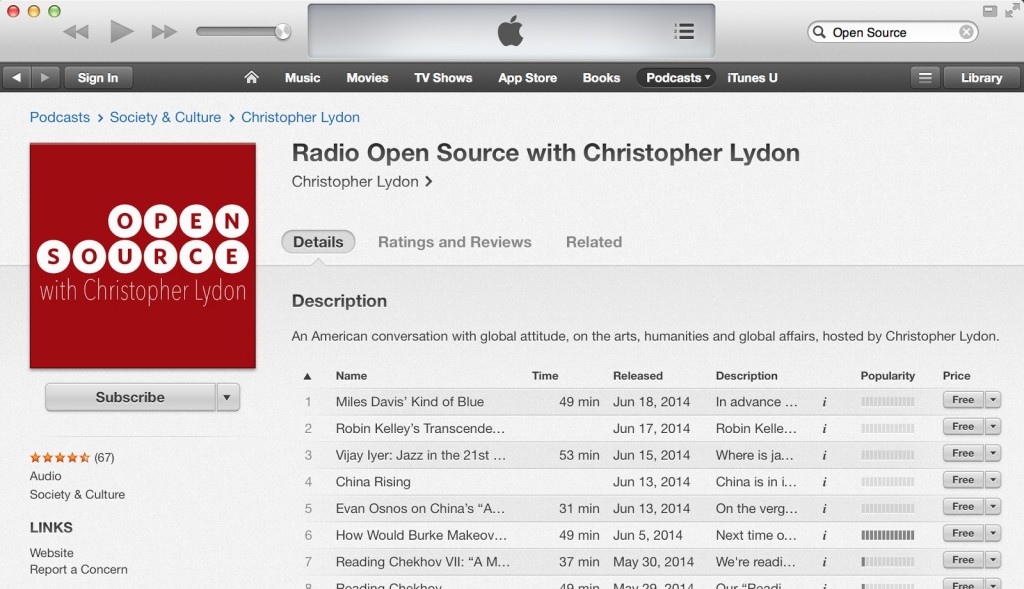 How to Listen to Our Podcast

Getting our podcast is easy and free. No matter what internet device you are using, iPod, smartphone, PC, or another, you can get every episode of our show and listen...