We got an irresistible pitch from tbrucia a few weeks ago:

Today’s NYT website features an article: U.S. Erects Baghdad Wall to Keep Sects Apart (registration req.). What about a discussion of “WALLS?” It could bring in the role of the Berlin Wall, fencing the U.S./Mexican border, the Israeli/Palestinian wall, and the division by walls of the neighborhoods in Belfast, Northern Ireland. (For those with a poetic frame of mind, Robert Frost’s famous poem could ‘slip in under the wall.’) Are walls symptoms of interpersonal problems, solutions to conflicts, or a mixture of both?…

tbrucia, in a pitch to Open Source.

So we’re jumping in, starting with the concrete facts of Iraq and getting more metaphoric as we go. And concrete they are: the 82nd Airborne Division’s plan — as outlined in their own article — is to create a three-mile-long, twelve-foot-high wall made up of 14,000 pound concrete barriers. The idea is to separate the predominantly Sunni Adhamiya neighborhood from Shiite areas to the east. They joke about building “the great wall of Adhamiya,” but point out that they’re going for more of an “exclusive gated community.” “The wall,” they wrote, “is one of the centerpieces of a new strategy by coalition and Iraqi forces to break the cycle of sectarian violence.”

Local Iraqis didn’t see it that way. Their reaction to the wall was swift and overwhelmingly negative. Mark Lynch, one of the savvier Arabic-media watchers we know — and a guest in the past — has a good synopsis.

All of this makes tbrucia’s Frost recommendation all the more salient. A few lines in particular stand out:

Before I built a wall I’d ask to know

What I was walling in or walling out,

And to whom I was like to give offence.

What did the 82nd Airborne ask to know? And what are they learning now? More broadly, when is a wall just what the doctor ordered? And when does it add fuel to the fire? 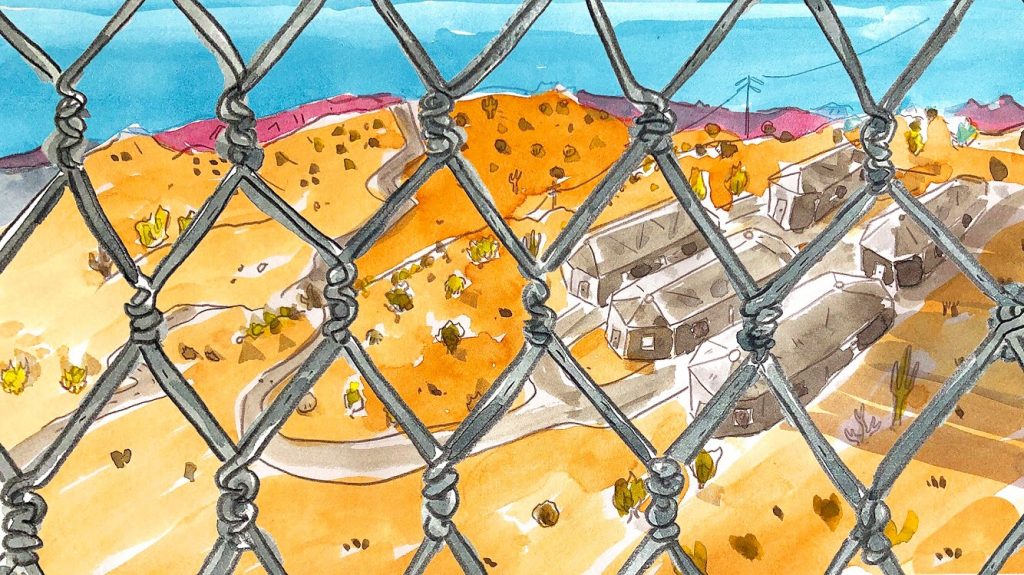 Barriers and borders and frontiers (oh my!)

A conversation with Greg Grandin, Valeria Luiselli, and John Lanchester. A reckless wall-building era runs round the 21st century globe. Reckless next to the New England farmer in Robert Frost’s famous poem. He’s...

When Les Roberts and his team published their Lancet study on Iraq Mortality back in October, they knew it would be controversial. The study estimates that 655,000 Iraqi civilians have...