The Gospel of Judas

The Gospel of Judas

I believe that books like The DaVinci Code and sensationalistic reports such as the news about the Gospel of Judas reflect a desire for “spirituality” without the inconvenience of the demands of the Bible.

Shane, a Nashville preacher, The Gospel of Judas, Faith and Thought, 4/13/06

Just in time for Easter, National Geographic has just published the contents of a 1,700 year old Coptic manuscript that portrays Judas Iscariot not as traitor, but as Jesus’ favored disciple and willing collaborator. The Gospel of Judas was discovered in Egypt in the 1970s, and floated through the hands of antiquities dealers (some shadier than others, apparently) before National Geographic acquired it.

It’s one of a host of “alternative” or “secret” gospels written by Gnostic Christians between the second and fourth centuries which are not included in the New Testament or canonical Christianity, and which radically differ from those traditionally accepted texts.

Some scholars are calling The Gospel of Judas “the most significant, ancient, nonbiblical text found in the past 60 years.” But given that the word “gospel” has come to mean absolute truth in common parlance, what happens when something surfaces that turns the other gospels on their heads?

Some devout Christian bloggers accuse the ideas and documents of trying to “undermine true scripture.” Others conclude that while The Gospel of Judas is a fascinating document that will be useful for historians and scholars who wish to better understand early Christianity or 4th century Gnosticism, it does not actually give new insight into Jesus, or actually undermine the traditional gospels.

This is skating on thin ice. Surely the Gospel of Judas offers a different view of the relationship between Jesus and Judas, but I seriously doubt whether it offers “new insights into the disciple who betrayed Jesus.” It does indeed show us what some Gnostics, writing a century after Judas’s death, thought of him. But it’s highly unlikely that the Gospel of Judas tells us anything about the actual Judas, or the actual Jesus, for that matter…Alas, the Gospel of Judas is, in the end, a tempest in a teapot.

Still, others manage to draw new meaning and insight from the document with respect to their personal faith.

This gospel makes considerable sense to me. It says that Judas was being obedient to God’s will, since Jesus needed to die so he could be released from the confining physical body and liberate the genuine soul-Christ inside. It’s mystical rather than theological. I’ve always wondered why Christians express so much sorrow over the crucifixion. Don’t they believe that Jesus died for our sins? Didn’t the crucifixion need to happen if humanity was to be saved? Wasn’t Judas part of the Big Plan rather than a duplicitous traitor? True believers won’t look upon Christian dogma any differently now that the Gnostic Gospel of Judas has been released to the world. That’s the nature of true belief: it is impervious to fresh facts. But hopefully the open-minded members of the Christian faithful will study the gospel and consider its implications.

Church of the Churchless, Gospel of Judas casts heresy in a new light, 4/7/06

Click to Listen to the Show (24 MB MP3) Near the state house in Concord, NH [Ben McLeod / Flickr ] In thinking about a follow-up to our intelligent design show, we... 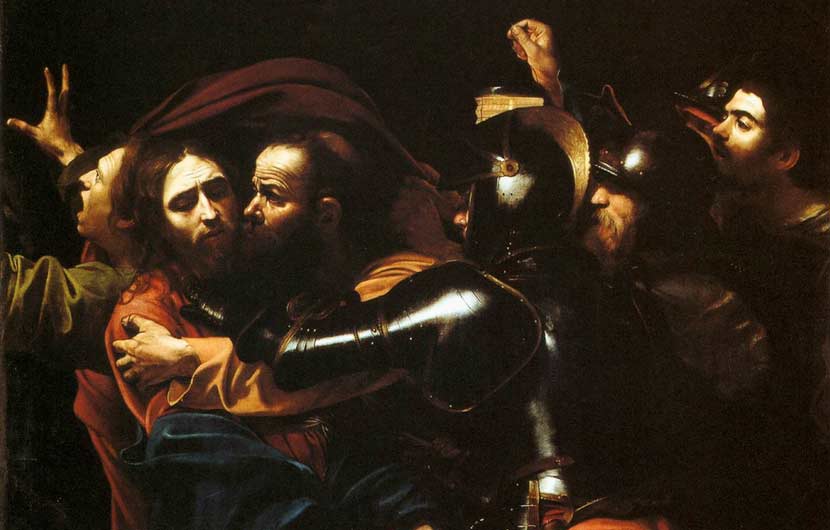 The music in this episode comes from Boston Baroque’s 2015 performance of the Saint John Passion, conducted by Martin Pearlman. From the great Bach’s hand, two masterpieces of church theater survive. Both tell...