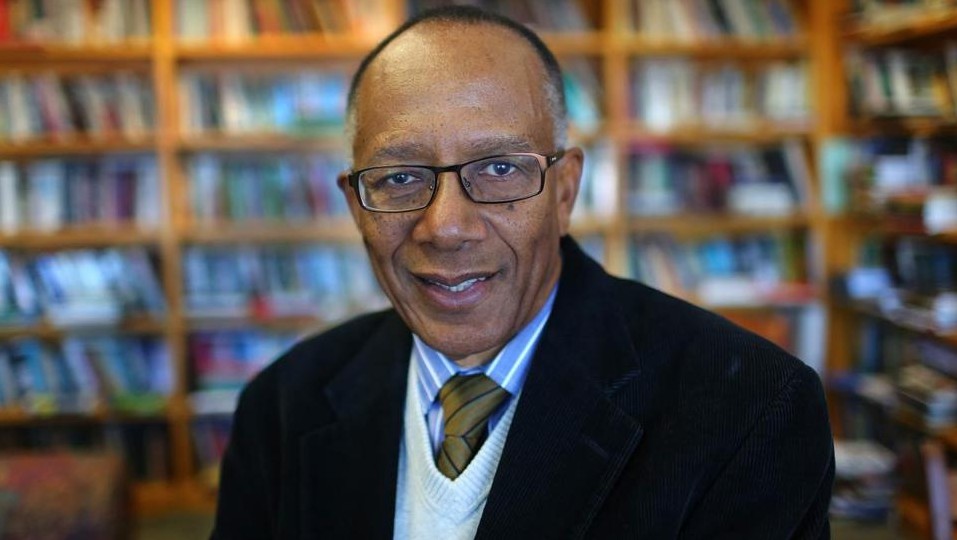 “We had class-based affirmative action. It was called American history.”

‘The Changing Same’: Race in America

As a scholar and a father, Harvard sociologist Orlando Patterson has spent his career puzzling over the “immutable force” in American race relations. Is it the ongoing, grassroots cultural revolution we see and hear in the worlds of activism and hip-hop? Or the eternal racial gap — in health and wealth, in incomes and outcomes — documented by Ta-Nehisi Coates and Michelle Alexander?

Even in the wake of the Justice Department’s grim report on Ferguson, the Jamaican-born Patterson is an optimist.

The result of all that thinking is The Cultural Matrix, an anthology of essays about the complex world of scarcity and violence that black youths bear and bring to light in their unmatched “cultural capital” — rappers, artists, athletes and fashion plates who fill seats in American arenas and export a world-leading look and sound.

Patterson admits that our prisons are much too black considering who commits the crimes. Both inner-city neighborhoods and black suburbs are overpoliced. (The small city of Ferguson, for example, seems to run on a combination of racial bias and extractive economics. Its city manager stepped down on Wednesday.) And this week we were reminded that frat boys still veer into antebellum politics when they think no one is looking.

Patterson has crunched the numbers and says both sides of the racial divide have “20-percent problems.” Twenty percent of whites are hardcore racists. And twenty percent of African-Americans live lives “disconnected” from the values of the society at large — that means more crime and violence, drugs and weak family ties.

So this week we’re asking, in a wide-open way, just what — if anything — is to be done to reconcile and reengage two cultures after the revelations in Ferguson, to reclaim and enrich the gains made at Selma 50 years ago. To Orlando Patterson’s mind, we’re doing better than ever before.

The people who produce this culture are both alienated and deeply American. Hip-hop’s embrace of materialism is exactly what you would expect of American materialism. It comes from a people who are steeped in a desire for material things but are denied those things.

We’re including a Spotify playlist to be thought of as hip-hop’s case for hip-hop. These songs are New York Times-approved: they’re recognizable as psalms, jeremiads, laments, and exaltations present in other kinds of music.

There’s very little of the wanton celebration of violence that Orlando Patterson finds (and maybe plays up) in the hip-hop canon. There’s materialism, set against

o maybe this is “respectable” music, in the bad sense of politics of respectability. But we know that it’s popular music, with mainstream acclaim, and it tells a forty-year story of musicians’ introspection.

Guest List
Orlando Patterson
professor of sociology at Harvard University, and author and editor most recently of The Cultural Matrix: Understanding Black Youth.
William Jelani Cobb
professor of history and director of the Institute for African American Studies at the University of Connecticut, contributor to The New Yorker, and author most recently of The Substance of Hope: Barack Obama and the Paradox of Progress.
Reading List
"How Sociologists Made Themselves Irrelevant"
Orlando Patterson, Chronicle of Higher Education
Our guest Orlando Patterson's cri de coeur about his colleagues in the sociology of black life, who have "shied from engaging in public discourse" in an effort "to keep ourselves academically pure":

The great irony in that overreaction is that throughout that 40-year period of self-imposed censorship within the discipline, the vast majority of blacks, and especially black youth and those working on the front lines of poverty mitigation, have been firmly convinced that culture does matter—a lot. Black youth in particular have insisted that their habits, attitudes, beliefs, and values are what mainly explain their plight, even after fully taking account of racism and their disadvantaged neighborhood conditions. Yet sociologists insisted on patronizingly treating blacks in general, and especially black youth, as what Harold Garfinkel called "cultural dopes" by rejecting their own insistence that their culture mattered in any understanding of their plight.

Don't Be Like That
Kelefa Sanneh, The New Yorker
A thoughtful review of Patterson's book, and of his position in the debate over American culture:

There is a paradox at the heart of cultural sociology, which both seeks to explain behavior in broad, categorical terms and promises to respect its subjects’ autonomy and intelligence. The results can be deflating, as the researchers find that their subjects are not stupid or crazy or heroic or transcendent—their cultural traditions just don’t seem peculiar enough to answer the questions that motivate the research. Black cultural sociology has always been a project of comparison: the idea is not simply to understand black culture but to understand how it differs from white culture, as part of the broader push to reduce racial disparities that have changed surprisingly little since Du Bois’s time. Fifty years after Moynihan’s report, it’s easy to understand why he was concerned. Even so, it’s getting easier, too, to sympathize with his detractors, who couldn’t understand why he thought new trends might explain old problems. If we want to learn more about black culture, we should study it. But, if we seek to answer the question of racial inequality in America, black culture won’t tell us what we want to know.

Selma and Ferguson
Jelani Cobb, The New Yorker
Jelani Cobb takes issue with the idea that what was happening in Ferguson was either pure racism or pure corruption — it was both — just as in Selma:

The President intended to make a useful clarification, yet it’s nearly impossible to overlook the fact that the battles in Selma were animated by a local police force empowered to uphold a racially toxic status quo on behalf of a white minority population. Ferguson’s is not a singular situation. It is an object lesson in the national policing practices that have created the largest incarcerated population in the Western world, as well as a veil of permanent racial suspicion—practices that many people believe will deliver safety in exchange for injustice. What happened in Selma is happening in Ferguson, and elsewhere, too. The great danger is not that we will discount the progress that has been made but that we have claimed it prematurely.​

A brief update of the "crisis" numbers put forward in the Moynihan Report, among them that whites have the same percentage of children born out-of-wedlock that so astonished Moynihan when facing the black family in 1965. This report gives all of the key numbers on structural inequality—problems in policing, schools, housing, etc., which all lead to disparities in childhood poverty.


Jonah Birch & Paul Heideman, Jacobin
An indignant attack on the persistent "culture of poverty" explanation — one Prof. Patterson also rejects — for high rates of crime, unemployment and drug use in African-American communities:

...The claim that young black men are happy to be locked up is perverse. There is no culture of criminality in black communities. Convenient as it may be to ascribe one to the victims of state violence, all of the evidence suggests that black families work incredibly hard to keep their members out of prison, and feel a profound sense of failure when they are unable to. In fact, compared with white families, black families place an even greater emphasis on following the rules and obeying authority. Given the disproportionate consequences black youth face for their transgressions, this differential is hardly surprising. Yet the disseminators of this lie persist, attempting to convince the nation that African Americans are (“culturally, not biologically!” they hasten to add) simply unable to assess even the most brutally obvious consequences of their actions on their lives.