"The visions we’ve had in the past have been bankrupted."

The “art of peace” in a time of war — a play on Sun Tzu’s classic The Art of War — was the bait and theme of three days of conversation at the end of June in the biggest log cabin you ever imagined, the Chateau Montebello in the ageless wilds of Quebec. This was my introduction to the final wrap-up session with James Der Derian of the Watson Instutute at Brown, co-host of the conference with Watson visiting fellow Nisha Shah; the extraordinary school teacher John Hunter of the World Peace Game from Charlottesville, Virginia; novelist Sandra Cisneros of The House on Mango Street; and Stephen Del Rosso of the Carnegie Corporation.

War is Us. We bring with us, even to Montebello, William James’ pair of paradoxes. First, that war, the bane of the species, also chose us. “The survivors of one successful massacre after another are the beings from whose loins we and all our contemporary races spring,” as James put it. “Man is once for all a fighting animal; centuries of peaceful history could not breed the battle-instinct out of us.” And second, more pointedly for us who choose to reflect ruefully on war, “Showing war’s irrationality and horror is of no effect,” James wrote in his great speech at Stanford in 1906, “The Moral Equivalent of War.” “The horror makes the fascination. War is the strong life; it is life in extremis; war taxes are the only ones men never hesitate to pay, as the budgets of all nations show.”

Or is it so? A century after William James, his lineal descendant in “brain science” and Harvard celebrity Steven Pinker shocks himself with the conclusion: “today we are living in the most peaceful moment of our species’ time on earth.” No matter that World Wars I and II, and Korea, Vietnam and Iraq, are part of that American century since James, Pinker writes: “Something in modernity and its cultural institutions have made us nobler.”

In a farewell conversation we will be attempting a tight fit of the conference’s contradictions, touching again on art and science in the service of peace and war, testing our broadest guesses about where history, too, is driving us. “History is a bucket of blood,” William James said. But if, as Pinker demurs, modern history is leading us out of the pit, it would be valuable, as he says, to have some better ideas: why? and how? And this was James Der Derian’s summing up and takeaway message when the conference was almost over:

Violence and war are the means by which a very ruthless minority impose their will on a passive majority. What’s changed is the passivity no longer exists. The sleeping giant’s been poked one too many times. The fact that non-violence was the means by which the passive many chose to resist and overthrow that ruthless few [in the Arab Revolt that began in Tunisia and Egypt] is part of the reason why we held this event. I don’t know if it’s the Zeitgeist, if it’s some Mayan prophecy, or if it is simply the end of the Long War that was the term used for post 9-11 conflict, but I think we are at a moment where if you get a language, if you get a passion, and if you get the means to spread the message, the natural will of the people to overthrow that type of domination will be served. As facilitators of that, we do — by our ability to mobilize a lot of heavy-duty intellectual firepower with some image-making capacity — have some small impact. Scholars are often lagging behind the latest idea or the latest movement’s purpose and goals. But I like to believe, to the extent that Civil Society and the State coexist and need to recalibrate, that there is a new networked capacity that did not exist at the time when Hegel and others first posed the idea of Civil Society being prior to the unified democratic state…

I’ve studied War for twenty years and I think one of the reasons we chose “The Art of Peace” as opposed to “The Art of War” is because we’re witnessing something, and it’s no longer as ridiculous as it might have sounded. It’s easy for people who didn’t live through the Sixties to misinterpret that history. But this was a time when people did come together. They might not have levitated the Pentagon, as they tried to, but they did a pretty good job stopping the war.

I’m a Utopian Realist. I think that you have to have these aspirations, but you have to be totally realistic about cost and benefits. What I’m really saddened by is that the visions we’ve had in the past, visions in the past for the future, have been bankrupted. The Soviet Union bankrupted a vision of peace. We’ve seen a vision of peace coming out of the Enlightenment tradition bankrupted, hijacked, by humanitarian hawks, by the people who thought you had to bomb for peace. So I think it is the right moment to subject ourselves, or be willing to be subject to ridicule; not take ourselves too seriously, but at the same time not allow a little laughter at us or a little laughter among us to stop us from pursuing this goal.

24 MB MP3 William Lloyd Garrison, abolitionist, chose weekly journalism as an instrument to change American history. Author and publisher of The Liberator over 1800 consecutive weeks from 1829 until... 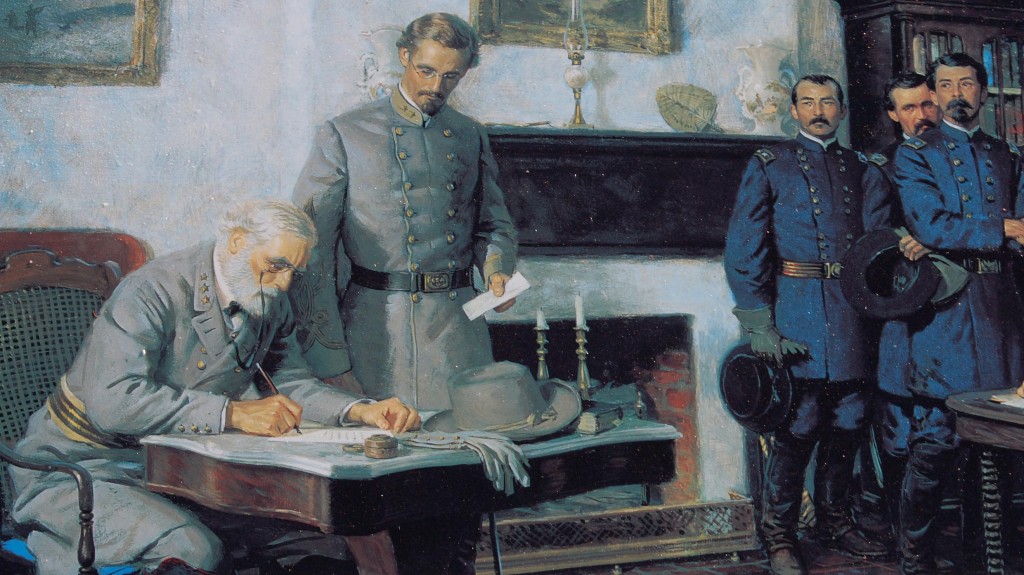 Our guest David Blight reminds us that Americans are re-fighting the Civil War 150 years after it ended. Historians, he said, “buried the questions at the heart of the war”...