The Muscular Wilsonians: What do They Believe?

The Muscular Wilsonians: What do They Believe? 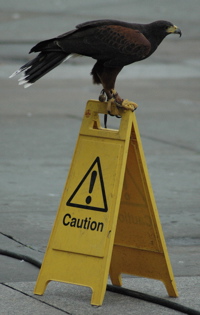 I keep thinking, listening to how Republicans support the use of force in the service of freedom, about the Dayton Agreement, the conference in 1995 that determined the shape and security of what used to be Yugoslavia. Clearly the Democrats don’t shy away from the use of force, and they don’t shy away from nation-building (wasn’t that an issue during the 2000 election?), yet now the GOP has grabbed the idea of championing freedom.

So the question is, how do we definine a Democratic foreign policy? Do we have to wait another year and a half for Kerry to say something definitive? Is there an ism? Or does there have to be an ism, when the Democratic party is leaning on the legacies of Wilson, Kennedy and Clinton? Where are you, Richard Holbrooke?

The Democratic Party, a list of press releases on foreign policy that seem only to respond to Republican actions

(via RichardNash) Paul Berman, Power and the Idealists: Or, the Passion of Joschka Fischer and Its Aftermath

Forget the Republicans. Peter Beinart writes about Democrats, ‘To the contrary, key organizations, echoing Wallace, see liberalism’s enemies almost exclusively on the right.’ And the posts so far bear him out. … So, here is my challenge: carry on the discussion without once referring to the Republicans. Answer instead the questions: What is the threat? What should be done? And why?

I think, on the military front … that we have the mix, strategically and tactically. We’re on the right track at this point. … I wouldn’t use the term Iraqization....

Click to Listen to the Show (24 MB MP3) But can they forgive Kerry? [kenyee / Flickr] Everything in this office comes with a Red Sox analogy, and today we’re looking at...