The hardest substance in the human body is the white enamel of the teeth. With age, it wears away nonetheless, allowing the softer, darker layers underneath to show through. Meanwhile, the blood supply to the pulp and the roots of the teeth atrophies, and the flow of saliva diminishes; the gums tend to become inflamed and pull away from the teeth, exposing the base, making them unstable and elongating their appearance, especially the lower ones. Experts say they can gauge a person’s age to within five years from the examination of a single tooth–if the person has any teeth left to examine.

Atul Gawande is a general and endocrine surgeon who — in the tradition of Chekhov, Lewis Thomas, and Oliver Sacks — is among that breed of doctors who can turn their careful observations into thought-provoking prose. We are all fans of Gawande’s work, from his books to his pieces for Slate and The New Yorker. But it is his most recent article on aging that has us thinking ‘this is the show to do with Atul Gawande.’ Perhaps this article suggested itself as a show becuse it is an extension of a converstion that we had last year on how to die a good death. This year we’re asking: as we get older can we live a good life in the face of death?

Within thirty years there will be as many people over eighty as there are under five. This is a demographic shift that we haven’t prepared for. We’re putting less money aside for our old age, we are having fewer children, many of us will reach our eighties and beyond without a spouse, so we may be destined to live longer and to live those older years alone. This new world order is also one that the medical community isn’t adapting to. There will no doubt be pediatricians to take care of all those kids under the age of five but will there by any geriatricians to look after their grandparents? 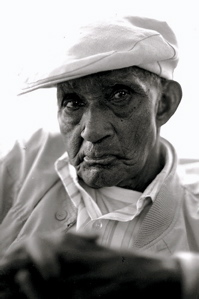 Although the elderly population is waxing, the number of geriatricians is on the wane. This has something to do with the fact that geriatricians are among the lowest paid in the medical profession but it also has to do with the medicine itself. The art of the geriatrician is to make sure that his/her patient maintains the best quality of life for as long as possible. And when you are in your eighties this means the basics; like being able to trim your own toenails, drive to the grocery store, and walk your dog. Sustaining these daily functions is often more important, for both the patient and doctor, than having that pre-cancerous node removed from your lung. Effective geriatric medicine is like fighting global warming: the process is a slow one without much sizzle, and success is accumlative rather than instantaneous. Why go through medical school when the definition of victory is that your patient can get around with a walker at the age of ninety-four? Wouldn’t saving a teenager from a car crash, or performing emergency neurosurgery be more rewarding?

During this hour we’ll talk about what happens to our bodies as we age, and who will be around to treat us as we get older. As a society that is forever bombarded with gimmicks to extend our youth are we prepared to face our inevitable decrepitude? Is a medical system that has made remarkable progress in extending our lives prepared to deal with us as we slouch toward death? Have you experienced medical care that gives you hope for you and your family as you age? How do you see yourself living at the age of ninety, or one hundred plus?

President and CEO of the American Board of Internal Medicine. Author of many books, among them, Fundamentals of Geriatric Medicine: A Case-Based Approach, Leading expert in geriatric medicine and end of life care.

Atul Gawande, The Way We Age Now, The New Yorker, April 30, 2007: “There have been dozens of best-selling books on aging, but they tend to have titles like “Younger Next Year,” “The Fountain of Age,” “Ageless,” “The Sexy Years.” Still, there are costs to averting our eyes from the realities. For one thing, we put off changes that we need to make as a society. For another, we deprive ourselves of opportunities to change the individual experience of aging for the better.”

Charles McGrath, Atul Gawande Rocks in the O.R., The New York Times, April 3, 2007: “When that parathyroid turned out to be healthy, he started looking on the left, and he peered and probed for the better part of an hour — or the length of an entire Aimee Mann album on the iPod — before finally extracting a brownish, pea-size gobbet.”

Tim, The Hero Makes His Diagnosis, Short Schrift, May 5, 2007: “Atul Gawande strikes me as something like a protagonist out of a 19th-century play or novel: the intelligent, humane physician/scientist, as articulate as he is perceptive, slowly fighting to unearth the hidden dangers, to expose injustice, and to educate and cure what ails the body politic”

The Thin Man, If I grow old before I wake . . ., Abandon Text!, May 6, 2007: “It seems conceivable to us that life will someday end; we make estate plans, buy life insurance, arrange for succession in our roles. But very few seem able to accept simple diminishment — the fact that we will inevitably lose more and more of our physical and mental powers.”

Gray-haired Geezers, A Pilgrim’s Digression, May 8, 2007: “Fat, old, gray-haired…how could any of that be happening to us? We who were so young and carefree, once.”

Donald Crowdis, It Bothers Me That I Have To Go, Don to Earth, January 23, 2007: “I’ve floated on the remark ‘Been there, done that’ for some time now, but the notion that the moment is approaching when I can no longer say this bothers me. The truth is, I don’t want to go.”

When Scarequotes suggested last night’s show, he said, We’re all going to die. Someday. (Barring some incredible advances in medicine that confer virtual immortality on everyone.) Scarequotes, from Suggest a Show...