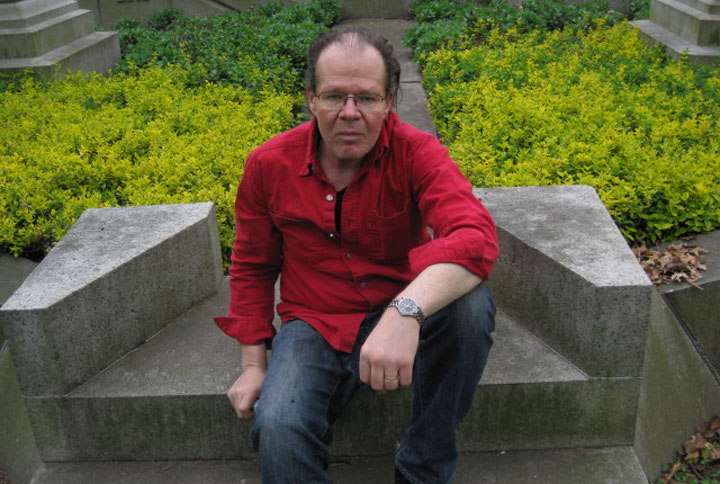 The Poetry of Franz Wright and Fanny Howe

The Poetry of Franz Wright and Fanny Howe

Franz Wright’s poems read like one man’s chronicle of spirit — as told by the spirit more than the man. He has said they they often seem nearly to write themselves, in a sort of rapture. Both prayerful and witty, they tell stories of recovery to the point of something like ecstasy.

The uninterruptible voice, the

right about now you might want to stop playing

mad chemist with your brain: return to Me

and I will return

The humiliation I go through

when I think of my past

can only be described as grace.

We are created by being destroyed.

from “Letter, January 1998” in Walking to Martha’s Vineyard,

I stood once again

in this world, the garden

some sort of wings,

hovering in the dreaming called

in secret one thing

You gave us each in secret something to perceive.

from “The Only Animal” in Walking to Martha’s Vineyard, 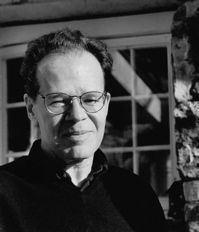 Franz Wright (born 1953) and his father James Wright (1927 – 1980) both won Pulitzer Prizes for poetry — the lyrical experimentalist James in 1972, Franz in 2004. The only father-son Pulitzer pair in the same field, they could be imagined as the big-league poetry version of

baseball’s Ken Griffeys (Jr. and Sr.), though with dark twists. Franz has recalled that as a teenager when he sent his first efforts to his estranged dad, his famous father wrote him a letter that began: “I’ll be damned. You’re a poet. Welcome to hell.”

In fact Franz Wright’s sustained surge of poems in the last decade have mapped his own route out of hell — out of the severe depression and alcoholism that afflicted his father before him. Along the way he found his way into Catholicism, Alcoholics Anonymous and a sustaining marriage. His poems make many references to daily mass, and regular recovery meetings. Often he addresses God directly as: You.

It is late afternoon and I have just returned from

the longer version of my walk nobody knows

about. For the first time in nearly a month, and

everything changed. It is the end of March, once

more I have lived. This morning a young woman

described what it’s like shooting coke with a baby

in your arms. The astonishing windy and altering light

and clouds and water were, at certain moments,

sane; thank You for letting me know what this is

like. Thank You for letting me look at your frightening

blue sky without fear, and your terrible world without

terror, and your loveless psychotic and hopelessly

from “One Heart” in Walking to Martha’s Vineyard, Knopf,

Fanny Howe will join this conversation — another light-in-the-darkness poet of searching religious mysticism that seems so powerfully out-of-step with what we think of as our dominant secular culture. An eminence in her own right, Fanny Howe is a special favorite of Franz Wright, who copied out her poem, “Conclusively,” in an email — “one of Fanny Howe’s poems in which I stand in hopeless awe.”

The night was almost too long to bear

Then there was evidence of mercy–a passing car–

milky air–and I could see

dry walls & gravel on the way to a highway

Atlantic for its grays

Loss the the fulfillment of the Law

Space collected on a long line

I was eliminated as a locus of mothering–

a she–physical but imaginary as a restless daughter

Why this body and not another

The one who came to destroy the works of women–their

knew how many people were resisting incarnation

He counted on them by accommodating them

is the get of killers whose mouths shine

I can’t say enough about this–red because sore

One died to become the spirit-guide

there were second persons in everything

Then saints, then no one

to guide anyone to heaven

Cosmic expansion has gone in its prefered direction

I can hear the hour, this never

happened to me before

One day I will shake the blue sky from my hair

and slip back to consciousness–

the thing that is always aware

with or without a living creature to share its pleasures

Tonight I request the precious gift of final perseverance

shored up in my sheets

not far from a predawn holocaust

Poet, won the Pulitzer Prize for Poetry for his book Walking to Martha’s Vineyard

Ilya Kaminsky, A Symposium on the Works of Franz Wright, Web Del Sol Review of Books.

Justin Marks, In My Father’s House There Are Many Rooms, Web Del Sol Review of Books. 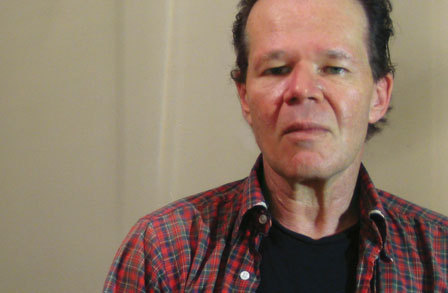 Franz Wright grew up as an estranged son of a famous American poet. At 18, he’d read everything, found an addictive pleasure writing poetry (“like a first shot of heroin”),...