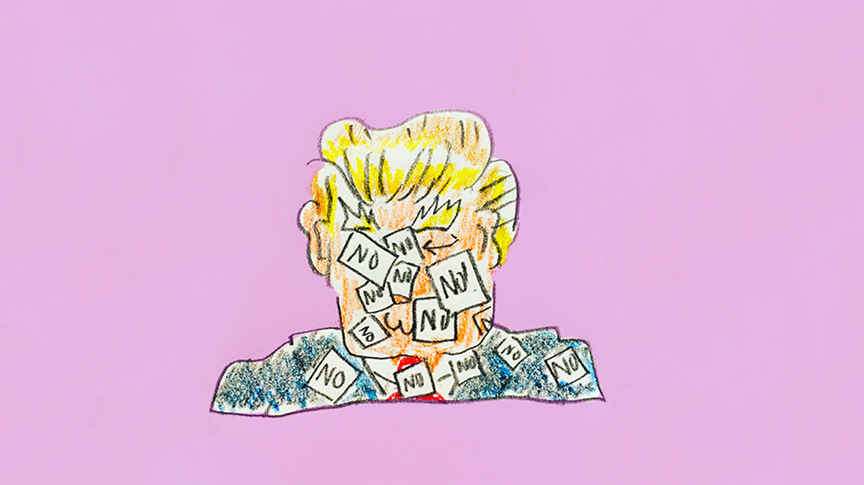 A resistance movement made in America.

Millions of people marched over the weekend, showing the outlines of a global, feminist, anti-racist, anti-Trump resistance… maybe. The question on our minds this week is whether the protesters can sustain and direct their dissent to create real political and economic change.

Nobody can predict exactly how Trump’s agenda will play out, and the first days haven’t been good — the non-stop volley of tweets, executive orders, appointments, and headlines. Attention has been paid, Mr President. Now what? Without the institutional structures of old — party, unions, media, and churches — what’s the path of most resistance?

Our guest L.A. Kauffman helped organize the New York anti-war protests in 2003 and 2004, and has written a new book for Verso called Direct Action: Protest and the Reinvention of American Radicalism. She traces U.S. movements after the 1960s, from Earth First to ACT UP to the Seattle WTO protests to Occupy and beyond. She is euphoric about the possibilities of “upbeat unruliness” to transform our current, dismal political reality. Protesters in in D.C., where an estimated 500,000 people marched, and New York, where 400,000 people came out. Hundreds of thousands more marched around the world, including at least 750,000 in Los Angeles. Photos by Zach Goldhammer and Conor Gillies.

Still, we wonder how a huge array of ordinary folks, of every political stripe — from Hillary Clinton fans to the antifa Black Bloc (a.k.a. the folks burning limos and punching Nazis) — with nothing more in common than their dislike of Trump, can mobilize within the current structure of electoral politics (and a Democratic party already failing to “present a united front to defend human rights and civil liberties in the Trump era”). Some wonder if it’s even worthwhile working within institutions that have brought us continued war, poverty, and inequality.

Keeanga-Yamahtta Taylor, Princeton professor, socialist organizer, and author of From #BlackLivesMatter to Black Liberation, offers a broad-tent vision of grassroots resistance mixed with a healthy dose of cynicism about traditional political leadership. In a widely-shared statement this week, Taylor encouraged Americans to build social movements outside of existing party politics. She disregards the Democrats as revisionists, who throughout the 20th century have worked to absorb, contain, and de-radicalize social movements (black liberation movements in particular). But Prof. Taylor critiques are aimed primarily at the ruling political class; she discourages organizers from harping on whether whether or not the street-level marchers were too white, too liberal, or too #StillWithHer: “The women’s marches were the beginning, not the end. …There are literally millions of people in this country who are now questioning everything. We need to open up our organizations, planning meetings, marches, and much more to them.”

Mark Greif, founding editor of the magazine n+1 and author of a new essay collection, Against Everything, takes the position of a born contrarian when it comes to the new administration: “No President” — not “not my president” — has been his motto since the election and civil disobedience remains his default stance. Greif, like us, is deeply influenced by the New England transcendentalists, and forces us to ask, WWTD (what would Thoreau do)? The answer may lie in Thoreau’s own question: “The laws are there. Do they really represent you? What would it take for them to represent you?” Cultivate inefficiency, and don’t be afraid to be a crank, Greif says. “Be yourself friction, inside the machine.” Hear a longer interview with Greif below:

We’re joined in the studio by minister-activist Mariama White-Hammond and The Tea Party chronicler Vanessa Williamson.

Watch producer Zach Goldhammer’s interviews from the Women’s March below:

Guest List
Mark Greif
Essayist and founding editor of the magazine n+1. Mark Greif show transcript
L. A. Kauffman
Organizer, strategist, journalist, and author of Direct Action: Protest and the Reinvention of American Radicalism.
Keeanga-Yamahtta Taylor
Author, organizer, and member of the International Socialist Organization.
Mariama White-Hammond
Minister, activist, and artist.
Vanessa Williamson
Fellow in Governance Studies at Brookings and author of The Tea Party and the Remaking of the Republican Party. 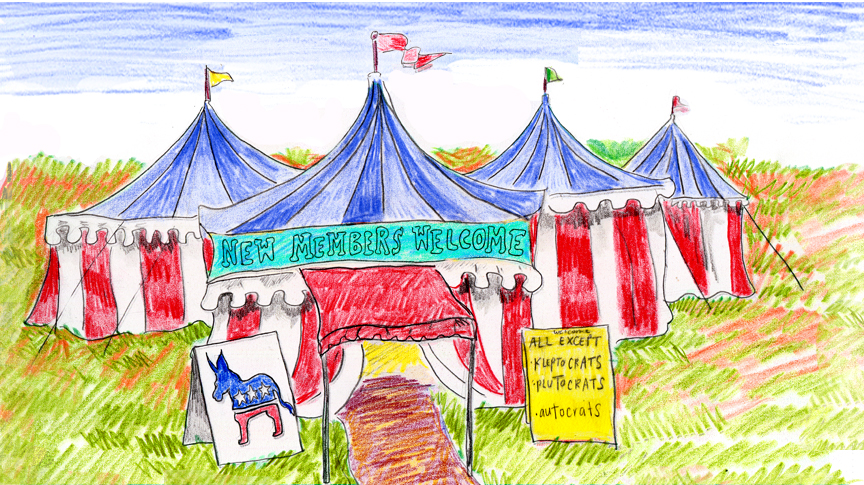 100 days of Donald Trump in the White House, 100 days of Democrats in the wilderness, 100 dumbfounded days of dismay at the New York Times, 100 days for a...